A former federal prosecutor speaking on the current FBI investigation into electronic communications at City Hall described the action by Mayor Dawn Zimmer in moving to bring the FBI into Hoboken as the right and smart move.

Henry Klingeman now a defense attorney based in Newark in an interview with Hoboken Patch noted the Sopranos climate in New Jersey is a priority for the Feds and it's incumbent for elected officials to take possible violations to them.

Describing the FBI search this week as common at the end of an investigation, Klingeman indicated subpoenas and interviews with potential witnesses would be the likely next step based on his experience but did not have specific knowledge in this case.

Klingeman also described Mayor Zimmer's invite to the FBI as correct noting it's beneficial from both a legal and public relations standpoint.


Earlier this week, Hoboken411 often termed Mason411, the website believed by many astute residents to run political and conspiracy articles ghostwritten by a friend of Councilwoman Beth Mason, stated the Zimmer administration was under investigation.   When the press release stating the City had invited the FBI to investigate, Hoboken411 described the action as a "claim" adding the FBI was going to come without City Hall approval anyway.

No one at the FBI has commented on the ongoing investigation or its origin.  However, Hoboken411 continues to make wild unattributed accusations spinning different deflections as the FBI investigation moves forward without naming any sources at all.

Residents are commenting on the suspicious advance "defense" by Hoboken411 here, on NJ.com and elsewhere wondering if the suspected chain of  law breaking from the IT department will lead to Hoboken411 and Beth Mason's long time friend, thought to be a full time political operative in her employ.  Questions by MSV on the matter of that relationship's compensation were not answered by Councilwoman Mason at the last regular City Council meeting.

A resolution pursuing the same electronic communications of the mayor's staff and local reporters and media is on the agenda for next Wednesday's City Council meeting.  The resolution sponsored by Council members Beth Mason and Mike Russo was pulled at the last meeting before the FBI investigation became publicly known.

The resolution features three local website atop the resolution: The Hoboken Journal, Mile Square View and Grafix Avenger.  MSV has stated among the hundreds of emails from City Hall only a small amount saw direct reply and is preparing to read some at the next City Council or reprint them for the public.

Penalties for breaching government and corporate electronic communications, re: emails are serious with fines and 5 year prison terms.  Civil penalties are also possible.


Mayor Dawn Zimmer is pleased to announce that Pier C Park is fully open in time for Memorial Day weekend.

“I’m happy that Hoboken families can finally enjoy all that Pier C Park has to offer,” Mayor Zimmer said.

Big Turnout for Bhalla for Assembly

On Tuesday, there was standing room only in Hudson Tavern as Councilman Ravi Bhalla rallied a crowd full of supporters to get involved in his campaign to become the first Asian-American State Assemblyman in New Jersey.

Hoboken Democratic Vice-Chair, Phil Cohen, kicked things off by remarking how excited he was to see Ravi Bhalla take this next step in public service. It was only 2 years ago that Ravi Bhalla became a councilman in order to clean up City Hall and just last year that he ran a campaign to reform the Hoboken Democratic Committee.
Hoboken Mayor Dawn Zimmer followed up by saying, “we need Ravi Bhalla in Trenton. We may have just retaken the majority on the City Council in Hoboken, but we cannot afford to sit on our laurels. We must keep pushing forward because this culture of corruption and incompetence is like an onion: with every layer we peel back, we expose another.” Mayor Dawn Zimmer ran on a ticket with Councilman Bhalla in ’09 on a reform platform. “The reason we started this reform movement, to end the backward political practices that hurt our families, still hold true on the state level. That is why I fully support Ravi Bhalla for State Assembly,” said Mayor Zimmer.
Ravi Bhalla then took the opportunity to outline his own reasons for running. He spoke about his father’s first days in America and how a friend had initially encouraged his dad to conform by removing his turban. Ravi Bhalla and his father both proudly sport the traditional Sikh religious head covering to this day, which for Ravi, is one of the best things about being American. “It doesn’t matter what race, religion, creed, color, or sexual orientation you are. In America, we can all be treated equally. The fact that I was elected to Hoboken’s City Council is a testament to that fact.”
Councilman Bhalla continued by outlining some of his platform. “Taxes are too high, unemployment is too high, and the reason nothing is being done is because corruption is too rampant. The FBI should not have to be the ethics enforcement agency of Hudson County.” At the end of the event, supporters were encouraged to wear t-shits and buttons and to sign up to volunteer.
For more information on Bhalla for Assembly, please visit www.BhallaForAssembly.com
Photo here: http://farm3.static.flickr.com/2455/5759339494_df238288ce_b.jpg
Posted by SmartyJones at Friday, May 27, 2011
Big Turnout for Bhalla for Assembly
2011-05-27T12:00:00-04:00
SmartyJones
Comments

More rumors and notes from all over

The political heat over town is elevating with the temperatures and even some commenters are getting antsy and chatting about how much is too much of some fill of one thing or another.  That's all fine, MSV chooses to stay out of the comments and let people speak their minds without steering, folks are expected to regulate themselves so there is a minimum of interference.

But the rumors are flying out there and people are wondering where things will land.  Only the professional in law enforcement doing all the heavy lifting and ground work know.

According to a report on Grafix Avenger, the FBI has paid a visit to someone at Marine View.  A visit does not constitute criminality and so no names but one can conclude the heat is being turned up and this is just part of a thorough and professional job from the boys of summer in Newark.  MSV thanks them for their service in advance of this case.

One commenter asked if what Hoboken411 is saying is true.  Well no, it's like 75% full out lies, 20% distortion and 5% deluded reality when off meds.
Having said that, a cryptic email arrived saying a certain block of wood might be available to discuss more on these and other recent matters.  Told to be at Moran's at a quiet time, Da Horsey trotted over expectantly.
On arrival no one was in the bar, just an empty glass and this:
Left by the glass was a small piece of plywood.  We asked the bartender was anyone there earlier asking for Da Horsey but he said no.  Asked who was at the bar recently, he seemed unawares and had no recollection on that either.
Minutes later the door bursts open and a blur flew by, mowed on the hunk of plywood leaving sawdust and not much else behind.  The description looked something like this:

Talking Ed Note:  The wheels of justice are grinding at their own speed and folks probably should dig in for a spell before expecting another shoe to drop.  In the meantime this symbol is important:

On MSV you can subscribe to comments even if you don't actually comment.  In the story to the far right where the word comments appears is the above symbol.  You can actually subscribe to comments in that story as well as all stories if you wish with the RSS feed in any number of options including Goggle Reader.
MSV does not opt you in.  You don't need to write a comment to subscribe to comments.
HAPPY MEMORIAL DAY WEEKEND
PLEASE TAKE SOME TIME TO HONOR THE FALLEN 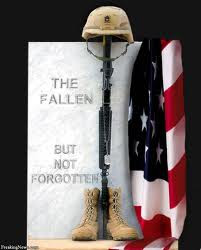