STATEMENT FROM MAYOR ZIMMER REGARDING PASSING OF JUDY TRIPODI
Early this morning, Judy Tripodi passed away. Judy Tripodi served as state fiscal monitor in Hoboken from 2008 through 2010. Mayor Zimmer issued the following statement:
“I was sad to learn today that Judy Tripodi passed away very early this morning. During her time in Hoboken, Judy took the important first steps towards putting us back on course towards a sustainable and fiscally responsible future. I deeply appreciate all the work she did for the City of Hoboken.”
A viewing will take place this Sunday, June 19th from 2-4pm and 7-9pm at the Gerity & Chubenko Funeral Home located at 411 Amboy Ave, Woodbridge, NJ. A funeral mass will take place on Monday, June 20th at 9am at St. James, located at 341 Amboy Ave, Woodbridge, NJ.
Talking Ed Note: Judy Tripodi came to Hoboken as the designated fiscal state monitor during a tough time for the city.  She got to the bottom of numerous financial problems absolutely required.  She granted an interview with MSV when she had declined to speak to any other Hoboken media while holding her position.
We thanked Judy Tripodi at the time for trusting we would tell the truth then, and we thank her again now.  She was unknown to us an avid reader of MSV and we stayed in touch after the interview.


Our deepest condolences to her family and yet another thank you for her service to Hoboken.
Posted by SmartyJones at Friday, June 17, 2011
Mayor comments on former fiscal state monitor Judy Tripodi's passing
2011-06-17T13:35:00-04:00
SmartyJones
Comments

With no election in sight telephone poll looks to mayor's race - in 2013!

Endless ambition in Hoboken's political landscape means never stop working toward your goal for power over its inhabitants. In the latest chapter of, "Can you really believe someone is blowing money on this," a phone poll has been getting a lot of attention with calls coming in all over town.

The poll has already been written up at the Hudson Reporter and the Hoboken Journal each noting the political insanity never ends even with people having summer on their minds just days away.

Perhaps a hint of the poll's bankroller is the list of mayoral candidates, mostly the Old Guard variety with the exception of the current mayor. (No one views Beth Mason as anything but a diehard Old Guard candidate for anything these days.) 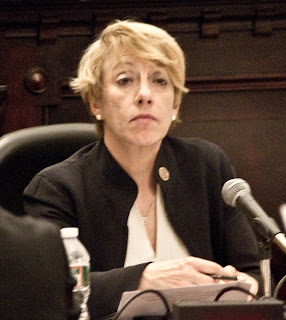 Among the items the poll asks for response is how Councilwoman Beth Mason is doing as Council President. Well do we really need to give an answer to such a question especially in the dying days of that lame duck?

Another question asks about people's sources for local news and information. This time Hoboken Patch does get a mention along with the Hoboken Journal, Mile Square View and of course Mason411.

While none of this is particularly newsworthy considering its timing, it's a fascinating study in how political consultants can take one bottomless checkbook for a ride.

To that MSV can only say, pig out because you never know when that cash cow is going down. With the FBI in town, there's going to be some political (and criminal) animals put down before the Hoboken criminal investigation is all said and done.

Talking Ed Note: Monday the next premium content will be on Hoboken411, the political apparatus on life support and in the eyesights of the FBI.

Readers who wish to subscribe can do so with the two subscriber options and also a buy it now choice for the story at $2.45 with no registration required.


Let others know the unique work being done here by sharing the link:
http://www.hobokenhorse.com/2011/06/city-for-sale-insider-view-of-hoboken.html 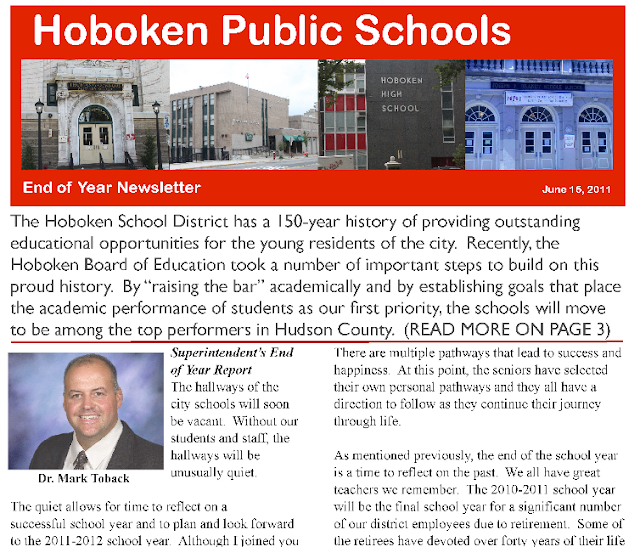 For the complete newsletter, please see the link: