Gov. Christie issued the following statement on the passing of Clarence Clemons:

“Clarence Clemons represented the soul and spirit of New Jersey,” Gov. Chris Christie, an avowed Springsteen fan, said in a statement. “His partnership with Bruce Springsteen and the rest of the E Street Band brought great pride to our state and joy to every fan of this music around the world. On a personal note, when I heard about the Big Man’s passing on Saturday night, I was struck with an overwhelming feeling that the days of my youth were now finally over. My condolences to Clarence’s family and all the members of the E Street Band.”
Posted by SmartyJones at Tuesday, June 21, 2011
Gov. Christie orders state flags flown at half-mast honoring Clarence Clemons Thursday
2011-06-21T21:10:00-04:00
SmartyJones
Comments 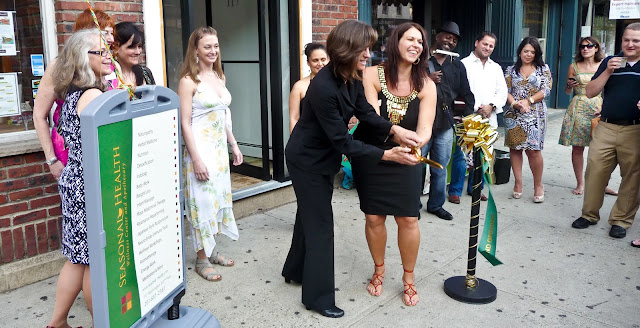 
Click the link to see more on their full innovative range of services:

Business Administrator Arch Liston doesn't back down for not aiding the sabotage of the city in Beth Mason's vindictive and politically less than transparent effort to set up the city for tax increases and layoffs.

To the repeated question of why, why, why the Council of No was not given support, the answer lies in their own mirrors.  They have singularly not acted with anything remotely attempting consensus and then scream when their efforts fails to pass muster.

Councilman Nino Giacchi to his credit tries to steer clear and says he "would be happy to go out peacefully," rather than inject himself into another special City Council meeting hours before Councilwoman-elect Jen Giattino is sworn in - an insult to her, the 6th ward and the people of Hoboken not to mention the institution itself.

Sadly, Giacchi relents and agrees to return when Beth Mason says "we will be happy to have him back," to support her ego driven prize - a budget set up for failure with tax increases AND municipal city layoffs.

Of course she speaks for only herself.  Why change now?

Talking Ed Note: There's more than whispers coming out city workers are not pleased about this budget amendment, the crown jewel of Beth Mason's ego driven singular exercise to undermine the city.  They recognize  it won't just be a potential tax increase but will lead to municipal layoffs.

One person on the Hoboken forum at NJ.com, borninhobo has bitterly denounced the Council of No for this obvious setup making it clear, Beth Mason, Mike Russo and Terry Castelllano will not be forgotten for the political stunt of taking a reasonable professionally advised surplus and depleting it in one shot tax relief leaving the city reeling and incapable of facing any financial challenge.

Among the large bills looming: the fire union's contract agreement with years of back pay required, tax appeals and potentially more retirements driven by the pension and health benefits legislation moving along in Trenton.

That agreement between Gov. Christie and a group of financially sane Democratic legislators means the changes will likely lead to more retirements across NJ.  In Hoboken, there's an initial bill for those retirements before any savings can be redeemed.

The City is not in any shape to incur those initial costs either.  That state bill now moves to the State Assembly where word is sufficient Democrats are also backing the bill.  Some additional changes may come, but it does appear passage in some form is very likely and soon.

That will hit Hoboken and come in the form of a seven figure bill.

Who will answer to this fiasco?