The new budget amendment, the final amendment in a late process with heavy politics looming large over months passed along party lines as expected 5-4.

Councilman Peter Cunningham said, "We have to be prudent and smart," noting strides in tax reductions made but without putting the city in a lurch.

Councilwoman Beth Mason complained about the amendment's presentation being late to her and later called the budget "political" adding the money from the surplus should be returned to the taxpayers in its entirety reading from a prepared statement.

Council President Ravi Bhalla differed with Councilman Russo who attacked the mayor's budget saying this was a responsible reduction in taxes putting Hoboken in a better position than most other municipalities in NJ.

Talking Ed Note: Retirements have added about a half million in costs and another group of expenses resulted in an increased tax levy reducing the planned second tax cut of 5% to 3.6%.

MSV has not been able to verify the final exact tax reduction but the figure of 3.6% is probably correct based on some post meeting discussion.

The meeting has started and Council members Terry Castellano and Mike Russo arrived late. The new amendment is under discussion.

Tonight City Council meeting @ 7:00 - the grown ups are in charge

The special council meeting to correctly complete the budget amendment will be moved ahead this evening.  Based on the utter waste of time and the insistence on holding the previous meeting on June 29th where no amendment of any sort could be passed, expect the wailing and gnashing of the teeth to reach screeching new heights.

And this even before the Feds begin dragging bodies away.

The amendment is anticipated to maintain the existing surplus in the range of $4 million.
Undoing the non-binding amendment passed at the previous meaningless meeting is the first order of business before moving on the passage of the new one.

Expect lots of waving of arms, grandstanding, and hyperbole all done in the name of the taxpayer.  It'll be the last thing the Council of No does on the taxpayer's behalf.

Usually Hoboken residents are accustomed to announcements about water main breaks or collapses on the piers due to mismanagement decades back in its past but this isn't one of those announcements.

Yesterday's story on what could have been a dry run by the Boys of Summer caught the attention of quite a few.

It's apparently led to a run on CVS and pharmacies around town: 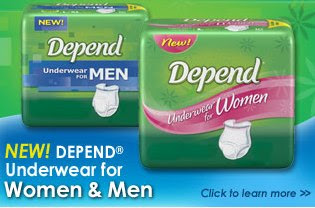 The following reports have been coming in on shortages of Depends:

Everything since is holding to form.