Mayor: Come to support/speak at Our Lady of Grace in support of Hospital sale Thursday 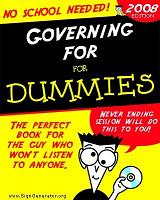 Tim Occhipinti's handlers issued a statement urging the Mayor and Councilman Dave Mello to act on rerouting a county grant of $3 million for a Southwest park.  The deadline for such application is tomorrow and although Occhipinti's release was sent to the Beth Mason political apparatus Hoboken411 and other local media outlets, Tim Occhipinti didn't say a word to anyone before the press release.

The application deadline to reprogram funding is Wednesday, July 20th, 2011 and the actual grant expires on August 13, 2011.

The release states, “The Southwest Park can become a reality and over the past few months the City has made progress towards the creation of the park,” said Occhipinti. “We have a golden opportunity to put unused money towards a much-needed project in the often-neglected 4th Ward and I’m afraid we are going to lose out.”

Hoboken Patch posted a story earlier today quoting the mayor who said she doesn't do business with council members via the media.

Talking Ed Note: Besides not even contacting or speaking to the mayor or Councilman Dave Mello, the Occhipinti press release doesn't say where the monies would be directed for a park.  Any redirection from the county government would have stipulations on redirecting of grants, but the Occhipinti release doesn't address any requirement whatsoever.

As a junior Council of No member, Tim Occhipinti follows their playbook and the binder script placed before him.  That's exactly the way they "do business."

It's not meant to be any thorough approach.  It's grandstanding via press release and that's all it is.

The complete release from the Hoboken SW Parks Coalition that is pushing the party line is at the jump.  The group includes a Mason supporter on its board who doesn't even live in the 4th ward, Sara Stojkovic who also was backing Tim Occhipinti in his controversial election last November where he submitted 500 questionable paper ballots.

There's been no official determination by state law enforcement on numerous problems stemming from Tim Occhipinti fall campaign's since.


SEE THE JUMP FOR THE COMPLETE PRESS RELEASE

Unaccounted $52,000 from Street Money Mason and silence of the media lambs

Since MSV broke the story of Beth "Street Money" Mason's 52 G's hitting the street last month, there's been little said by the local media and government watch dogs.   The one exception is our colleague Grafix Avenger who is becoming a snoop of sorts, part time satirical Avenger and part time muckracker.

Da Horsey loves being a muckracker being this town is sorely lacking in same and isn't fond of sharing the moniker, but it was Grafix Avenger who broke the story on Peter Cammarano's early departure from Club Fed, with his getting almost a third off his sentence even before becoming eligible for good behavior.   MSV was behind Grafix Avenger that day and was proud to give well deserved props.

Hoboken media is operating on a different standard.  Its editors are sympathetic to the status quo and business as usual, and maintaining access and "relationships."   They view themselves as the gatekeepers of information and reflexively protect the Old Guard, even trotting out defenses for their criminality (don't they have lawyers to do that) while maintaining a laser like focus when anyone remotely connected to Mayor Zimmer jaywalks or has an expired car registration sticker.

When it comes to that Old Guard corruption, it's disinterest is apparent in non-descript headlines and burying the story.  You can almost hear their tears hitting the floor when they reluctantly are compelled to do so.

Part of the reason is not so nefarious.  The Old Guard gives them love and attention for writing nice things (or not writing certain things at all) while Reform maintains a professional demeanor and doesn't show the love in hugs, warm embraces, or money under the table at local eateries for that matter.  Add to it, the overall intellectual dishonesty and less than veiled hostility to Reform and its leader Mayor Dawn Zimmer and the recipe makes for one ugly stew.

As a follow-up to the July 1 interview with Councilwoman Beth Mason, there has been no update with filings online to NJ ELEC showing a breakdown of the $52,000 in street money strewn around like campaign bagels on a Saturday morning.  Mason indicated she believed NJ ELEC erred and the complete report was filed in City Hall but in fact it has not.

Not one story has appeared anywhere on this amazing amount of cash unaccounted for in one small ward race.

In addition, the People for Open Government (POG) who were rightly pushing for a local compliance officer to be appointed at City Hall got their wish with Hoboken legal counsel acting in that necessary capacity.  The compliance is not being complied with, receiving zilch from the one time member who claims founding status for the organization - yes that would be Beth Mason.

For weeks now, the local media has shown not a shred of interest in any of this, eerily similar to the Peter Cammarano early release story.  MSV doubts if the name behind this odd application of street loot in quantities sufficient to pave certain ward streets in gold occurred under a campaign of the current City Council President, we'd be hearing crickets.  You'd see it on the front page if that was the case.

At a minimum, one would likely see a letter from POG in their story condemning the current Council President with a demand the mayor apologize for once breathing in the same room together at one time or another.

Since Beth Mason flushed her reform credentials down the toilet a while ago taking a roll in the hay with the Russo clan, she's received warmer and warmer local media coverage.  How does the local media explain this oversight?  Is $52,000 in street money alone not worth a story let alone unaccounted funds of such magnitude?

Well since Beth Mason is thoroughly in league with the Old Guard nowadays, she gets more leeway.  Notice, it's not Beth Mason that changed the Russo's, it's the other way around with various unethical and semi-legal funding schemes across elections around town including the family checkbook teaming up with Frank Raia to fund his ticket against Kids First in the BoE last spring as just one example.

Although we'd like to believe Hoboken is an island unto itself, it's fairly recent in its unofficial declared independence under Mayor Zimmer who has taken on all adversaries foreign and domestic while pushing change and tax reductions with gusto against the powers that been.  Both she and Reform are reviled for it. You're messing with the status quo and the status quo ain't none too happy about it.

Well let's toss all that aside and have another Frank Raia party while Beth Mason skates on more blatant campaign law violations.

Talking Ed Note: A free Street Money Mason mug to the first person who files a complaint with NJ ELEC.  Send MSV a copy to qualify.  Apparently, the current "leadership" heading POG have no interest in doing anything either.  Perhaps planning Thanksgiving dinner at the Masonic Temple on Hudson Street is more their thing.

Will the Feds care to look?  Or do they need bother at this point with what they've already accumulated?