Guest of the Stable: Tina Hahn - on the hospital sale 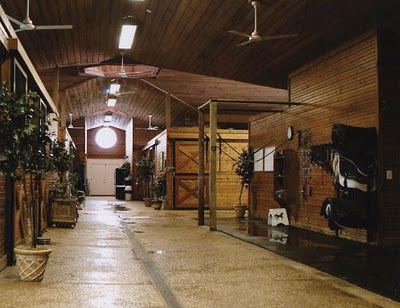 On Sunday September 11th I attended the Hoboken remembrance ceremony on Pier A.  Among the many speakers was a rabbi who talked about how 19 people were responsible for killing close to 3,000.  He also spoke about the power of 19 people doing 3,000 acts of kindness.  The point is if 19 people can harness that much destruction imagine how much good could come out of channeling the same level of energy in a positive way.  Sitting in the front rows were many of our local, county and state political officials.  The actions taken by some of our local officials in last week’s council meeting and in the days to follow tell me the officials present at the ceremony missed the rabbi’s message.  Until we lose the us versus them mentality and putting politics before the people in Hoboken we will not move forward.  Our city expends so much time battling selfish egotistical political jockeying.  Imagine where we would be today if we all worked together channeling the finger pointing energy in a positive direction for the benefit of all.

There are three key facts in regards to Hoboken University Hospital.

1.  It is losing money hand over fist every day and has been losing money for years; and it is due to close if it is not sold.  (It has already filed for bankruptcy.)

3.  The only option to save the hospital while also protecting the taxpayer and thousands of jobs is to SELL IT.   I watched many elected officials go to the microphone at the state board hospital meeting and AGREE the hospital is in danger and MUST be sold.  For that reason I am disgusted that our local elected officials chose to harness the power of negative energy in voting down the $5M bond resolution needed to execute the sale for the sake of their own ego’s and agendas.

When their plan fell apart they had the audacity to criticize the Mayor for coming up with a solution by getting the state to support.  I do not agree with everything Mayor Zimmer does but her actions last week represent what true leadership is about.   Councilwoman Mason as a resident of the 2nd Ward, I expect more of my representation.  I suggest you put your obstructionist personal vendetta against those trying to move the city forward aside and focus on things that improve our ward like replacing the speed bump on Hudson St by Elysian Park, cleaning up the drug paraphernalia found daily in Maxwell Place Park and initiating a project to beautify the concrete Maxwell Pier.

Enough is enough; it’s time for Hoboken to stop fighting and work together to make our city a better place for all its citizens.

The opinions in this letter are solely mine and not associated with any group I am a member of.

City for sale, an insider view of Hoboken vote buying in the 4th ward


Hoboken’s 4th ward and its western edge is a historically notorious arena for rampant vote buying as a way of life during election season with monied political interests descending on the most economically deprived area of town like vultures.  A not so old refrain says the 4th ward is where reform goes to die.  More often than not, it’s proven to be exactly that.  This investigative report provides insight from the perspective of two paid 4th ward voters.  Their story is not unique.  They are part of an invisible army of hundreds.

Even as it’s undetermined what result if any will come from the NJ Attorney General on numerous problems forwarded by the Hudson County Prosecutor Office in the 4th ward special election last November, the operations to buy votes, in both paper ballots and at the polls continues since in the April BoE election and May council race.


The culture of corruption is alive and well, there's been no abating the vote rigging as it's breathing its sustenance deep in the 4-4, where Housing Authority residents expect being exploited and cynically will take money from anyone who pays for the votes.

Meet Mr. X.  Wearing a baseball hat and a football jersey with black sneakers, he's another African American who easily blends into the surroundings of the Housing Authority.  In his early 40s, having lived in Hoboken all his life, he spoke matter of factly about vote buying, including his own participation.

It didn't take MSV long to find Mr. X.  He literally found us as we made our way through lower Jackson Street in less than 10 minutes, attempting to look as obvious and out of place as possible with a camera visibly hung out for view.  "Are you here for the elections," Mr. X asked.  "Yes but not this one," I replied indicating it wasn't the Tuesday Assembly primary race election in mind.  (Some may believe this is exaggerated, but in fact it's completely accurate.)

As we spoke standing outside the main gated area forbidding trespassing, Mr. X made his analysis of who he was dealing with and MSV explained our bonafides and gave him a card without even asking his name.  This was about establishing our credibility not his.  It didn't take five minutes before Mr. X laid out the whole ball of wax, detailing the vote buying that occurs in every Hoboken election down in the hinter areas of the 4th ward.

"People are tired of the bullshit," Mr. X began.  “They (politicians and their people) only come in election time.  They say they’ll give you $75 to vote but then only give you $40, $50 bucks.  Then they make you wait one or two days to get paid for the scam of working” Mr. X said, describing the paid voters depiction as “campaign workers.”

“They all come down here,” Mr. X casually remarked on the "money men" looking to "the captains" who get paid $200 to recruit people to get others to vote, handing out flyers two weeks leading into a typical election.  The captains as Mr. X described them are the ground troops who recruit others and also enlist people to vote absentee (Vote by Mail), although as Mr. X describes the process, no one mails in their ballot.

“They push the absentee ballots hard.”  Mr. X said confirming the typical vote fraud saying the ballots were filled out and collected without being put in envelopes.  “They want to see who you vote for.  You just fill it out and check where they tell you and they take it away.”  Although most of the vote by mail paper ballots will arrive at the County by mail, it's a massive dump by the people doing the collections.

Mr. X detailed the process for paid people voting at the polls.  People who go in and vote for the money, they tell them “ask for the number, that’s the scam” to get people to believe they can tell if you voted.  Reports of people openly asking for their “number” at the polling station is common, with one challenger in the 4-3 at the Council elections overhearing a voter ask for his number and where did he need to go get paid.  The answer we're told: Beth Mason’s campaign HQ on 12th and Washington Street.

The Big Man may give it a go!

The speculation was waning, the opening for announcing a run for the Republican nomination looked closed, but then Gov. Christie made a speech at the Ronald Reagan library in California and had a chat with some influential people he admires after.

This according to a story by co-author of "The Jersey Sting," Josh Margolin for the NY Post.

Coming off the back of an intervention in Hoboken to save the hospital, Governor Chris Christie may pull a few more votes in Hudson County if he makes a run.

What appeared to be over is now being discussed anew and according to Margolin's sources, a decision may be reversed as a result.

Da Horsey is just giddy with the thought of this turnaround.


At least one local cartoon celebrity would be happy to see Gov. Christie far away:

The article "The Hospital Skinny, Bethy and the Feds," is now available.

You may purchase a monthly subscription below:

Posted by SmartyJones at Thursday, September 29, 2011

MSV Premium Content: The Hospital Skinny, Bethy and the Feds

MSV continues with its in depth coverage of the hospital's pending sale with an exclusive feature on tap.  There's also an update on our law enforcement friends from out of town who many just love in Hoboken.

So expect it in your email inboxes later today:

The Hospital Skinny, Bethy and the Feds
Hey kids, shake it loose together
The spotlight's hitting something
That's been known to change the weather
We'll kill the fatted calf tonight
So stick around

from Elton John's "Bennie and the Jets"