Another interesting exchange involving the occupant of the 4th ward council seat Tim Occhipinti, this time with Greg Lincoln, the new challenger who ran a gallant race in the 3rd ward against the Russo Church Towers machine last spring.

Once again we have Tim Occhipinti making up the facts as he goes and then quickly retreating from discussing the substance of the matter.  As usual Occhipinti projects his predicament on others around him.

He's done this with annoying frequency.  In City Council, he suddenly yelled out Councilman Ravi Bhalla was taking "marching orders" from the mayor when he peered over his shoulder reading a text from Mayor Zimmer on a scheduled meeting with the Councilman's Condo Association.

Councilman Dave Mello was infuriated by the "juvenile" behavior and called Occhipinti out on it immediately to no avail.  Occhipinti has learned the all politics all the time mantra from his handlers.  His votes have consistently followed Beth Mason's with his reasoning eerily aligned with her talking points along with Councilman Mike Russo.

Mason financed almost 20% of his November campaign under review now at the Attorney General's office.  Occhipinti's campaign submitted far more paper (Vote by Mail) ballots than any Hudson County campaign: 500 estimated in a ward race where less than a thousand votes for a candidate decides the winner.

Here's Tim having his you know what handed to him on the recent attempt to sabotage Hoboken and see the hospital closed putting taxpayers on the hook for a $70 million bill.

Greg Lincoln ain't having it. 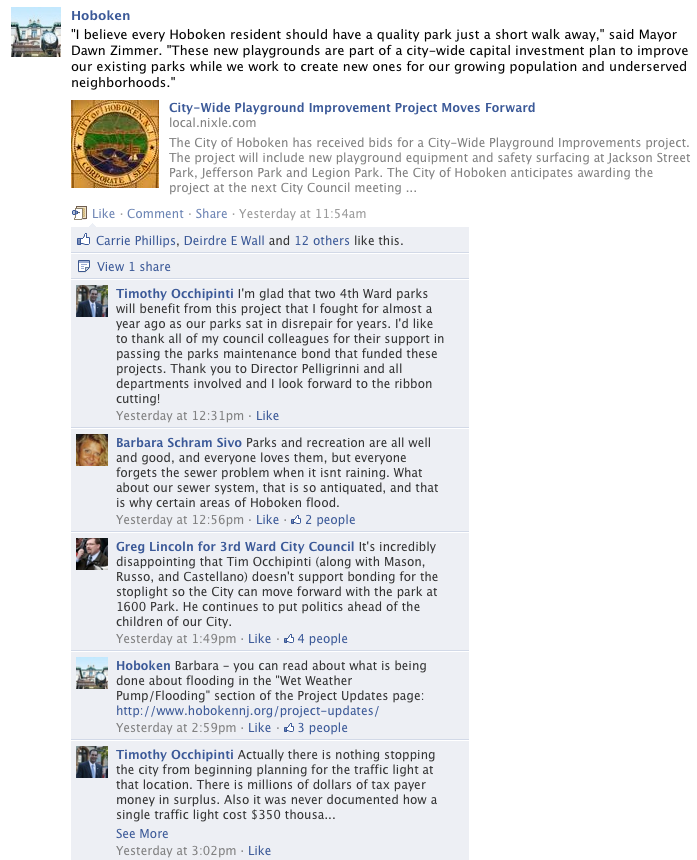 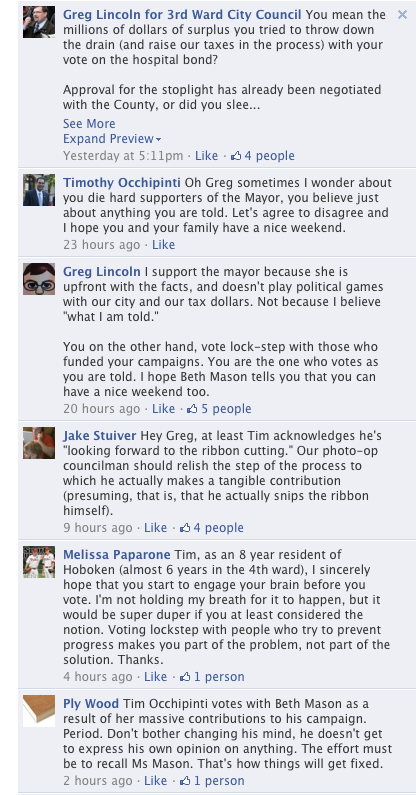