In New Jersey, there's no such thing as shocking when it comes to elected officials and crossing over the velvet line of the law.  Fans of the Prohibition Era HBO Show "Boardwalk Empire" saw how fiction past meets reality today when yesterday's episode had one political insider locked up for election fraud.

Steve Buscemi plays the role of Nucky Thompson, the man behind the scenes who controls Atlantic City.  He's the guy running the Boardwalk Empire.  In the episode he says, he's going to beat the rap.  Have you heard others saying the same thing of late?

Amazing thing about history; those who fail to learn repeat it.  Happens all the time. 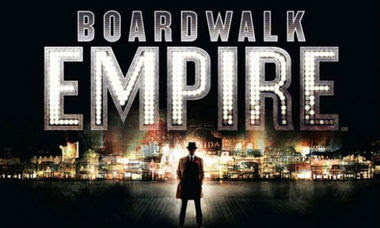 Mike Russo on the hospital and wetting your beak

Here's yet another tape, this one with comic genius attached.


Talking Ed Note: This clip features Councilman Mike Russo's words from the last City Council meeting during the discussion on the introduction of a bond to aid the sale of the hospital.  It was KOA (Killed on Arrival) by the Beth Russo hydra.

Russo was vehemently against considering the introduction of a bond to benefit the hospital's sale and said he was doing this on behalf of the taxpayers. But he doesn't do anything for the taxpayers, doesn't pay taxes and most of his 3rd ward supporters don't pay Hoboken taxes either as they live in subsidized housing.

So what is he really trying to say? To the mayor he says, "You iced us on this deal, you didn't let me wet my beak, all I asked was to wet my beak on this deal.

"Just as bad you don't give me taxpayer monies and jobs to show how powerful "The Association" is and make me look impotent. You stole my parent's health insurance. I set that up years ago under Mayor Dave Roberts when my father got out of prison and then you come in here and kick them off.  How dare you come here and do this. Now you want me to help you save the hospital? No way, no way. You, you grifter."

Maybe Russo meant to call the mayor a drifter as she drifted into Hoboken (like a Newcomer) and who does she think she is. She comes here to Hoboken and doesn't show "The Association no respect." Things like that start happening and before you know it, there's like a total breakdown.

In his interview on Hoboken Patch Michael Russo said he would be mayor of Hoboken one day.  His aspirations are different now after the FBI surveillance tapes came out.  MSV is proud to have aided in the process of those tapes coming to light.

So that video ended hope for control of all of Hoboken for Russo and The Association which sits idle for months.  Although Russo said in an earlier interview the lease ran out, the place is still not cleared out and a deck of cards sits as if waiting the next game on a table near the front window.

Word on the street says The Association closed out of concern for wires.  The kind of wires Feds use to make new and interesting tapes.  Lots of tapes roaming around these days.  MSV has one to follow up on a charge by Michael Russo at the last meeting too.
Ours however won't find its way to Newark.