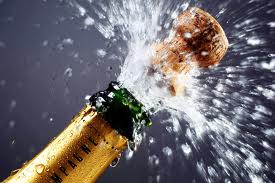 MSV was looking at some internal data and just discovered it passed 1,000,000 hits!  That's a million votes of approval from satisfied customers.

This is an unexpected milestone in the two plus years MSV has been in existence.

We've done it with no advertising budget, no staff and no one but readers who are looking to find a deeper understanding on the important issues facing the mile square town we love and call home.

While we consider this website reform minded advancing good governance, this milestone would not be possible without reaching an audience much beyond the activist base in town.

MSV is currently discussing advertising with some folks.  If you wish to sponsor or advertise on MSV, this is probably the best time.  There's a little story we've been closely covering and it's blowing up.

These are verifiable pageviews not what Hoboken411 has been caught doing buying traffic.

Unrelated: Grafix Avenger just posted a new feature: "How to Make Mike Russo Flee from the Dais."
It's essential reading:


It wasn't going to come up in the last City Council meeting but the question was raised and it stands: what was the impetus behind the witch hunt for emails by Council members Michael Russo and Beth Mason last April?

At that time there was no FBI investigation into the massive conspiracy of looting going on in the Mayor's office communications but a massive conspiracy was well underway.  The FBI's criminal complaint stated Patrick Ricciardi had set up an automated computer script capturing all the emails coming and going between two senior members of the mayor's staff plus the mayor herself going back to early 2010.

This video clip follows Da Horsey's remarks with Council President Ravi Bhalla explaining the rights of the public to comment.  After hours of listening to MORTe and their numerous false statements on everything under the sun, you would think a member of the public should mercifully be provided an opportunity to air their comment without repeated interruption and interference by any council member.

Councilwoman Beth Mason follows the council president says there are "issues of libel" although she doesn't explain how MSV's questions and comments are libelous.

Mason then says Da Horsey "should release the emails between you and the mayor's political staff that I asked, so we can see what's really been a coordinated effort as a smear campaign..."

Does Beth Mason have any evidence of MSV participating with the mayor's staff in any "smear campaign?"  If Beth Mason believes that, shouldn't she issue a press release and produce any evidence?

If not she can alternatively run her typical political operation of false accusations on Hoboken411 where no one is permitted a chance to disagree even when they are the target of all kinds of sordid false accusations.

Councilwoman Terry Castellano says she thought it was the job of a Council President "to protect council members from" the public.  A former council president herself, she states MSV's comments were directed at Beth Mason and should not be made publicly which is wholly untrue.  The comments were directed at all of MORTe although Tim Occhipinti did garner a few individual strokes but that's what you need to do with petulant children.

MSV stands by its comments directed at the Beth Russo hydra re: MORTe in their entirety.

If the council members in MORTe wish to take a polygraph test on the matter of their knowledge and/or receipt of any illegal emails looted from the mayor's office, MSV will be pleased to make the complete results of all such testing public.


Talking Ed Note: Back on July 1, Da Horsey spoke in public portion at the end of the meeting and remarked we'd be happy to read our limited emails to City Hall as some of them would be pretty humorous.  In addition, an invitation was extended to the City Council to ask any questions on same.

No one took us up on the offer.

Isn't Beth Mason the same councilwoman who allowed her Hoboken411 minion (while she ran the council meeting) who is not paid for friendship to repeatedly break the council rules and attack other council members, officials and members of the public in coordinated political operations within the City Council itself?

If false statements were not permitted, what would Beth Mason do with all her free time?

MSV understands Beth Mason is married to a high powered attorney.  There's nothing MSV can do if she wishes to charge Da Horsey with libel.

To her charge of libel, here is our official reply in writing to Beth Mason: BRING IT!