In a vote proving the third time is the charm, the City Council finally passed a resolution with numerous items allowing a critical element to finally pass - City payroll for firefighters.

With numerous problems cited by Corporation Counsel Mark Tabakin if the the budget items were not readily shifted and after much bickering on peripheral issues about obtaining information by the council minority, including a raise going back to September for the mayor's Chief of Staff, the vote was 8-1 in favor.

Councilwoman Beth Mason was the lone vote against the line item transfers a simple procedure noted by regular public speaker Scott Siegel who noted leading into the discussion it routinely takes hundreds of other municipalities 10 minutes to do so.

Councilwoman Beth Mason read a prepared statement attracting attention from the Business Administrator who invited her and all members of the council to submit questions in advance of the meeting with enough time to obtain an answer.  Mason complained that she should be able to do so in public before the cameras and Liston mocked her repeatedly saying it was "a game."


Talking Ed Note: MSV can confirm this is true as one of Mason's political operatives in Hoboken is paid $400 a week.  Then again he does have a county job likely earning over the $600 a week Beth Mason mentioned.

Beth Mason says she writes her own speeches.  BA Arch Liston mocked that too sarcastically noting that he believed her but it was obvious he didn't.  For the record, neither does MSV but then again, does anyone?

The mayor's Chief of Staff now earns $65,000 from $44,000 earlier this year and originally a paltry 35K back in November 2009.  That current figure sits at almost half of the starting salary of ex-mayor Peter Cammarano's at $125,00.  That was a starting salary that didn't last a month when a resignation was submitted before Cammarano's.

Russo would complain he was attending college then and his father had only three directors.
Too bad not one of them stopped his father from stealing.

Update:  Ironically that brings up the issue of Russo's parents taking $100,000 in benefits with no legal basis to receive them until March earlier this year.  An audit led by BA Liston is what stopped that taxpayer ripoff.

MORTE - beth Mason, tim Occhipinti, michael Russo, and Terry Castellano get to live out their dreams of sabotage if they follow through on undermining a simple line item transfer for the third time this evening.

Expect lots of noise, wasted time and finger pointing with a blame information game before a vote to finally shift a mere 2% of the city's finances.

Oh and MORTe or perhaps Beth Mason alone may toss in some random attacks on Hoboken Transportation and Parking Director Ian Sacs too.  A coordinated attack has been underway for a spell with Beth Mason's favorite fascist website Hoboken411 leading her political operation.

There's some question on if an alleged sexual harassment case is part of the hatched plan.  In a clearly inappropriate release, Beth Mason was the sole council member to comment on the claim.  Was she just backing up her investment?

A little Teak for the Homeless Shelter tonight? 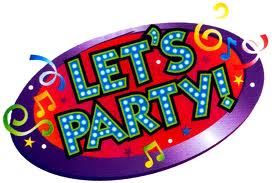 If you don't want to listen to the self-aggrandizing nonsense from MORTe tonight, here's something you can do that helps Hoboken.  MSV was asked to note:

Hoboken Homeless Shelter fundraiser tonight at teak from 7pm - 10pm.  Batman will be on hand in full gear as well.  100 plus silent auction items and 30 plus raffles this year.  Free appetizers and 1/2 priced drinks, all proceeds to benefit the shelter.


Lots of local gift cards from restaurants and retailers too, local art work and sports memorabilia and sport event tickets are available.

Will MORTe let Firefighters get paid?

Tonight's City Council meeting shouldn't be long and one looming issue is the 2% ordinary budget transfer MORTe has turned into a circus with Hoboken's firefighters pay on the line with the third, count it third attempt to complete the simple task.

With MORTe claiming the need for additional information to allow a budget transfer to go through, the Mayor has written to the City Council letting them know any questions will be gladly answered in advance of the meeting and they should submit them so the Business Administrator Arch Liston can address it with adequate time BEFORE the meeting.

The mayor notes in her letter the City is prepared to go to court to get the Hoboken Firefighters and other employees paid.  That would be a fascinating case: City takes MORTe to court to make typical payroll payments.

Talking Ed Note: Some supporters of the ex-mayor and imprisoned felon Peter Cammarano are unhappy he left them holding the bag.  He took them for thousands and they want their money back.  So they are suing Cammarano and the City of Hoboken.  Why?  Because Cammarano once held the title of City Councilman and that has the word City in it right?

Louis Zayas is the attorney filing their claim.  How many lawsuits does this guy currently represent against the City of Hoboken?

Yet another of his clients, a Hoboken Parking Utility employee is suing the city due to alleged harassment by her supervisors.  There's whispers about the lack of solidity in the alleged charges.  MSV can't conclude anything and won't but the case was already highly politicized by an earlier Beth Mason press release (ignored by all local media but posted on MSV.)

That leads to a question on who may be behind funding not a sexual harassment case but a political one to once again target the Hoboken Transportation and Parking Director Ian Sacs.  MORTe badly needs a distraction and their parking operation via the fascist website Hoboken411 and local Fox news hasn't stirred much passion.  A massive FBI corruption case certainly will.

Finally, MSV has some Elysian reports and it's gristable but we'll give you one nugget for now.  Last week Mike Novak surfaced with former Hoboken Public Safety Director Angel Alicia, Assemblyman Ruben Ramos and Freeholder Anthony Stick Romano at the Elysian Cafe.  We're told one bartender was especially unhappy to serve the group based on an earlier encounter with one of them.  Guess which?