Grist for the Mill: Kissing the ring of the Masonic Temple 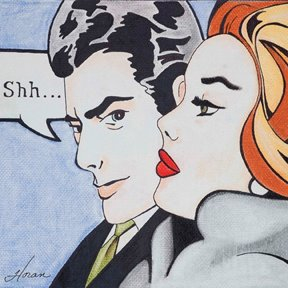 After the Rotary event at Stevens last Saturday, a group descended on Elysian Cafe including Councilwoman Beth Mason, her husband Ricky and the always inscrutable Scott Delea with another self-proclaimed "independent."

They spent some power seeking quality time together as Delea bent on half knee to kiss the Masonic Temple ring and pledge his fealty if the Ricky checkbook would be opened on his behalf as an at large candidate in 2013 where Mason imagines herself a winning mayoral candidate.

A bar patron interrupted the worship, telling others Beth Mason "will soon be in jail" loud enough for people in his party and Mason's to hear.

The response from the Mason group came from the self-proclaimed neutral who then boasted, "One check from Ricky" to their employer "and you will never work again."

There was no additional exchanges among the parties and no protest whatsoever from the other "independent" Scott Delea.


Talking Ed Note: MSV is following up with its lawyer who was issuing Scott Delea a letter for his copyright theft of this website's work in thousands of flyers in his third failed attempt to win a city council seat last spring.  A phone call "later today" to sort out the matter from Delea via his lawyer was conveyed in an email but never came months ago.

Which speaks volumes on all you need to know about Scott Delea along with this public appearance.


More Grist buzz:  As Hoboken is awaiting the next shoe to drop on the Data Theft Conspiracy Ring, there's scuttlebutt on the street their not the only the parties connected to those crimes starting to sweat.  City vendors prior to the Zimmer Administration are hearing it's their turn to feel the heat under the hot lamp for alleged problems with numerous contracts in terms, pricing and the telltale signs of kickbacks.

In the summer of 2009, the Hoboken legal office was locked preventing anyone from the Zimmer administration gaining entrance as it was being "sanitized" when she took over from ex-mayor and imprisoned felon Peter Cammarano.

Was it sanitized sufficiently from the forensic capabilities of the FBI?  The Feds have all the data at hand now and will continue their investigation opening up a new avenue of corruption to hunt.

The last grist bit concerns former construction Al Arezzo who was presented with an option to settle his employment status with the City of Hoboken after being shown the door earlier this year.  Arezzo declined the offer that did not include an option for his return or even a ceremonial one for a limited amount of time.

While Arezzo's construction "friends" have been telling everyone his return is imminent for weeks,  it's not happening.  Arezzo faces months of additional legal hearings on his employment and if he should somehow eventually prevail, the word is both the NJ Department of Community Affairs and FBI lie in the wings ready to take their swing.

So as one poster said previously on MSV, Does Al Arresto feel lucky?

(Much of this Grist was planned for MSV Premium subscribers, but Da Horsey feels like sharing a holiday gift with all of Hoboken.  Enjoy!)

Grist for the Mill is a rumor column but MSV is confident with the sources.  Got a juicy carrot for Da Horsey?  Send an email to smartyjones@me.com.  All information will be treated in confidence.
Posted by SmartyJones at Friday, December 09, 2011
Grist for the Mill: Kissing the ring of the Masonic Temple
2011-12-09T07:10:00-05:00
SmartyJones
Comments