Mayor Dawn Zimmer on John Corea: 'I demoted him and cut his salary'

In an interview early Friday afternoon, Mayor Dawn Zimmer spoke at length about her coming into City Hall as mayor in the summer of 2009 and inheriting the Director of Parking John Corea who pled guilty last Friday to taking $600,000 in Hoboken parking meter quarters.

Mayor Zimmer discussed the process she undertook as Acting Mayor regarding that troubled department.  "When I came on board, one of my first actions was to move John Corea to another department and to lower his salary."

A story on Hoboken Now confirms the mayor's account noting John Corea was offered a job in the Department of Environment Services with a big reduction in salary: from $114,265 to $50,000.  Corea was not happy with the new mayor's action.  He's quoted at the time saying, "It's not fair...I don't believe I should be punished."

Although he wanted to work things out with the new Acting Mayor, it didn't turn out that way.  While Mayor Zimmer admitted there were conversation with Corea, it didn't stop her from taking action.  "His salary was lowered within legal guidelines according to civil service."

That directly led to Corea's departure as an employee of Hoboken.  "The end result was he chose to resign," the mayor stated.

Focusing on her policy to not sit on situations where the lawbreaking is in question, the mayor said, "If you have any evidence you turn it over to law enforcement and let them do its work," adding, "The authorities acted on that evidence."

For Corea's role in the massive looting of the Hoboken parking meters, the NJ Attorney General's office has recommended a sentence of eight years with no less than serving three before any consideration of parole.

John Corea is scheduled for sentencing in February.


Talking Ed Note: Has anyone else noticed that Corea's replacement Ian Sacs has been treated like a criminal by Councilman Michael Russo since taking over from Corea, but the real criminal was given support in what can only be described as a coverup by the Russo clan?

While Council members Michael Russo and Terry Castellano tried to cover up the revelation they stumbled upon, both tried to stop its progress with the City Council probing the matter and saying "it's been cleared up."

It will be cleared up in February at Corea's sentencing.

MSV's comparative calculations which are not scientific show well over $900,000 disappeared from the Hoboken Parking Utility but as Eric Kurta says, "It was a cash business.  It may never be clear how much money was taken."

City: Park & Shop till you drop 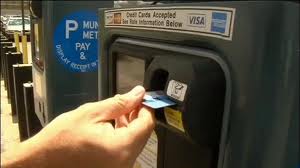 The Parking Utility is closed through December 26. Street sweeping and permit parking rules will not be enforced during that time, but will resume on December 27.

Like most, MSV is winding down for the holidays but there's one special interview this week that's been delayed due to time constraints but it should be wrapped up this morning with a feature to follow.

Check back shortly as we round the corner into 2012.  Does that sound funny to you too?
Here we are well into the second decade of the 21st century but we're still discussing corruption like it's 1952. 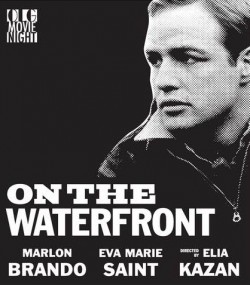 Talking Ed Note:  Before most head off on holiday travels, MSV would like to wish the FBI - the Boys of Summer and their families the most Merry Christmas and best through the holidays along with their devoted colleagues in the US Attorneys Office and of course our fine Attorney General Paula Dow and her team.