The Hoboken St. Patrick’s Parade Committee met earlier this week to discuss what would have been our 26th annual parade. After a long, arduous and sad meeting, the committee has decided to cancel the 2012 Hoboken St. Patrick's Parade.
The parade committee is proud of its traditions and the countless Hobokenites who were honored to march down Washington Street over the years. Since 1986, the first Saturday in March has been a glorious day to honor Saint Patrick and our Irish heritage. We are forever indebted to our long-time sponsors, neighbors and friends who came out to enjoy the day each year.


For those who were not here in the beginning, or think that 26 years is not long enough of a tradition, we remind all that the parade was a strong catalyst in the revitalization of the Hoboken we love so dearly today.
There are many opinions on this topic and many who will be surprised by our decision. We chose not to go to court and not to continue to negotiate over the heavy-handedness of one person. The idea of marching in a parade, in the dark, on a week night, is as insulting as it is unreasonable. While we remain devoted to our heritage, we love our city too much to lower ourselves to the level of those who speak from a place of ignorance and ethnic/religious intolerance.
Moving forward, we will proudly consider the gracious invitations we have received from other communities throughout the State of New Jersey to march in their celebrations of Irish heritage. Evidently, there are some elected officials elsewhere in the state who have figured out how to protect their residents during ethnic, religious and other community celebrations.
Like our ancestors before us, some of whom are credited with building Hoboken, we are not “St. Patrick’s Day Irish.” We are committed, proud, and blessed with long memories.
As is our tradition, we cordially invite everyone to worship with us at our Irish Mass honoring Saint Patrick on Saturday, February 25th at 5:00 p.m. at Our Lady of Grace Roman Catholic Church.


Until we meet again, “May the road rise up to meet you. May the wind be alwaysyour back ...” 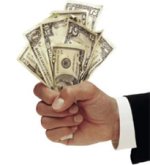 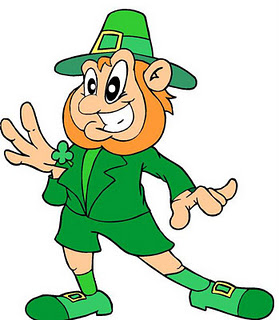 Talking Ed Note: Mayor Zimmer had invited the committee to work on holding the parade on a Wednesday.  The committee had requested in late 2011 it be held again on a Saturday.

Some people have noted no parade is required for a Mardi Gras type party the first Saturday in March.  Hoboken's Police Department is prepared for that eventuality.

Problems for BoE members in New Jersey continue with the State ordering almost 200 current members to "vacate" their positions for failure to meet 2011 guidelines on filing a criminal background check by December 31st of last year.

Hoboken although not directly in the crosshairs retains a controversy of its own with one of its trustees: Maureen Sullivan - specifically on the details surrounding her ineligibility and reinstatement Tuesday night.


Hoboken BoE members completed their applications and all received letters of approval before the December 31st deadline except Hoboken trustee Maureen Sullivan.   Her fingerprinting, the last step in the application process was taken last Friday, January 6th followed by a shadowy process where she was reinstated via email minutes before a Tuesday BoE meeting.

A Department of Education spokesman Justin Barra said the State sent four notification in the past five months to members alerting them of their responsibility to file an application by the December 31st deadline.  All of the notices appear to have been ignored by Maureen Sullivan.

According to State education sources, an email sent to the Hoboken BoE after business hours Tuesday said Sullivan would be able to join her colleagues as her ineligibility would be rescinded in time for the 7:00 pm meeting later that night.

Controversy has stirred with questions on why the NJDOE went outside their process sending printed letters of approval across New Jersey but chose in this instance to send an email fixing Sullivan of her ineligibility minutes before Hoboken's Tuesday night BoE meeting.

Further problems have been illuminated on that process when the DoE spokesman said yesterday those who were ineligible could be reinstated through approval of a County Superintendent. No mention of an email approval process is noted in his remarks.

Additional suspicions have been raised on the odd circumstances of Sullivan's reinstatement since her brother is a Union County Freeholder, described by the Star Ledger as "a powerful Democrat."  Sullivan is herself a Republican and there's no evidence at this point indicating any third party was involved in altering her status.

The issue of the State's approval letters was not discussed at Tuesday night's meeting and the controversy looked to have abated until the following day when Sullivan's Facebook page stated, "In your face, haters.  Gee, I wonder if the smelly drunks had to drown their sorrows in yet another beer.  Yup!"  The post was later deleted.

Hoboken Patch has seen hundreds of comments posted surrounding the controversy with many criticizing Sullivan for not meeting the State December 31st deadline and demanding answers on why and how she was reinstated.

After a full day of silence when this story broke on MSV and was later picked up by Hoboken Patch, a small coterie of well known political operatives resumed their defense of Sullivan after Tuesday's BoE meeting ended, including possibly Sullivan herself under the screen name franksinatra.  They claimed she had state approval not Tuesday night but on Monday.

Some keen Hoboken education observers are puzzled by the email authorization which conflicted with conversations earlier in the day with the State's criminal history review unit that stated Sullivan was ineligible for participating in any BoE meeting later that evening.  The next day the unit stated Sullivan's status was approved not Tuesday night but Monday leading to more questions on how her ineligibility was altered.

Sullivan has refused comment on why her application was not completed in 2011 by the December 31 deadline and initially refused any comment whatsoever when inquiries were made if she had completed the required application.  She would later surface and claim to have completed the application according to Hoboken Patch.

On Tuesday night, Maureen Sullivan sat on the dais with the other eight BoE colleagues and voted unanimously approving each resolution presented.

Other critics note her reputation as a bomb thrower but that she fails to live up to her own "reformer" claims such as proposing specific budget reductions while she repeatedly calls for reduced spending.  By State formula, Hoboken's BoE has not been able to reduce spending further since last year.

Sullivan originally earned her seat running on a 2009 Kids First ticket after failing in an earlier bid.  In 2010 she "resigned" from her Kids First colleagues and ran her own slate.  That slate called Real Results finished a distant third to Kids First which swept the election.

Talking Ed Note: Maureen Sullivan is invited to submit her reason(s) why she did not file her criminal background check by December 31st and shed light on the details surrounding her "reinstatement" process.

Related: Grafix Avenger obtained the State documents showing Maureen Sullivan's suspension from board activities since she failed after repeatedly being advised to do so by December 31st.

An email issued from the criminal background unit to Hoboken Superintendent Dr. Toback shows she was going to have the ineligibility lifted Tuesday evening before the BoE meeting - exactly as MSV reported.