The following release was issued directly from Mayor Dawn Zimmer:

In order to ensure that voters in Southwest Hoboken are not again forced to
wait in hour long lines at the polls in the upcoming Presidential election,
Hoboken Mayor Dawn Zimmer, City Councilman Dave Mello and two other
residents of Hoboken' s 4th Ward,2nd district, filed a lawsuit (docket # C-4-12) seeking
to compel Hudson County to comply with State law and to reduce the size of District 4-2.

The district, by far Hoboken's largest, has nearly 2500 registered voters.
New Jersey law requires that election districts generally contain between
500 and 750 registered voters.  Not only are 4-2 residents crammed into an
election district more than 3 times larger than normal, they do not even
have a polling place within their district.  4-2 voters must go to a
building located in 4-3 to cast their votes, an overcrowded polling place
housing two large voting districts.

Mayor Zimmer explained that she felt it was critical that this problem be
addressed immediately, given the large turnout that will certainly occur
during the upcoming Presidential election.  "In 2008 and 2009, 4-2 residents
were forced to wait in unacceptably long lines in order to exercise their
right to vote," said Mayor Zimmer.  "The law is clear, and we must comply
with the law and fix the problem now before the Presidential election coming
up in November."

have to wait in line for over an hour to cast their vote.  This problem can and
must be fixed now, so that residents of 4-2 do not face unreasonable
overcrowding in their polling place when they seek to cast their votes for
President this November." 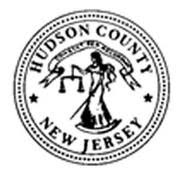 
The City Council meeting tonight will have a few big items such as a parking ordinance changes up for consideration. There's been internal work reviewing options over months between parking and the legal department and Councilman Peter Cunningham is looking to now move on that front with Extended Parking Zones.  The primary alteration gives some added spaces and Ian Sacs, Hoboken's legal department and the Councilman have performed due diligence within the updated State of NJ's law.

The extended parking zones will retain public safety as the primary focus.

Last weekend Councilman Cunningham also expressed an interest in tweaking the almost decade old four hour visitor parking rule.  Unlike the phony politically coordinated story by former Hoboken resident and Fox NY reporter Joel Waldman and Hoboken411, there may be something positive on that front to emerge as well.

Councilwoman Jen Giattino has met with food truck vendors again and is looking to work in some additional parking hours to make the lunch and dinner time frame more economically viable for food truck vendors.  There's an additional meeting on tap to iron that out before the ordinance will be brought back at the next meeting.  The ongoing effort puts to rest the false claims there was no give and take on the ordinance.

Tim Occhipinti has a complaint about graffiti.  This will surely provide for comic relief.  More on that later.
Posted by SmartyJones at Wednesday, January 18, 2012
Hoboken City Council meeting: months long effort on parking additions on tap tonight @ 7:00
2012-01-18T18:00:00-05:00
SmartyJones
Comments

Mayor Dawn Zimmer announced her support for the Citizens Campaign “Best Price Insurance Contracting” model to increase competition and transparency. In March of 2011, Business Administrator Arch Liston met with the Hudson County Chair of the Citizens Campaign, John Branciforte. Based on Mr. Branciforte’s input, the Request For Proposals for insurance broker specified that the service should be bid out at a flat rate, rather than by commission. As a result, the City received bids that were for tens of thousands of dollars less than in previous years.

“We have seen first-hand that this model works and can save taxpayers tens of thousands of dollars,” said Mayor Zimmer. “I thank John Branciforte for bringing this initiative to our attention and Councilwoman Mason for introducing legislation to make it law. Our legal counsel has provided feedback to ensure that the legislation conforms to our form of government, and I strongly support making it law.”

The City is in the process of rebidding the insurance broker contract, as explained in a memo to the Council posted on the City’s web site.