Councilman Michael Russo yells at Mayor Zimmer, on the street!

February is not going to be a quiet month for Councilwoman Beth Mason and the website Hoboken411 where she runs her political operations if the excerpted video above is any indicator.

After Wednesday night's scheduled council meeting ended before it began with the protest walkout of Council members Peter Cunningham and Carol Marsh, a late night flurry of Mason operatives or a family with Manson type zeal took to Hoboken Patch and went on the attack with their trademark plethora of lies and screeds on behalf of counte$$ who doesn't pay the family for friendship.

Things died down within hours on the subject when it became clear there was a little problem with the political operation hatched by MORTe.  Arguing they should have a right to interfere on the school board elections wasn't going to be a winner off camera as there are duly elected representatives elected by the public to act on (Egads!) Board of Ed issues.

The excerpted clip above shows the error in this latest Beth Mason film production.  You know it's been produced with Mason money by the narrator's voice who is clearly doing a paid job and is not paid for friendship and it certainly wasn't Perry Klaussen and that lilting voice with the odd audible tremolo cueing the listener the host is not exactly right in the head.

Since when does the Hoboken City Council need to "take a stand on how our schools are run" and how does this constitute they "duck their constitutional responsibility" by not injecting themselves on the running of the Hoboken schools and politicizing any decision they may choose on when to hold their elections?

Can someone ask Councilwoman Beth Mason where her job description includes anything on the Hoboken Public Schools?  This may be simply overkill, but it's necessary to point out Beth Mason has herself uttered more than once in recent years that Council members should not inject themselves into Board of Ed elections and has even uttered same to MSV.

Perhaps this constitutes an improvement for the councilman who last year called the mayor a grifter when she showed up in City Council arguing for a bond to save the hospital.

Another voice heard from the street on the video clip barking at the mayor is that of loyal Old Guard political operative Nick Calicchio.  A county official helped get him a job as a prison guard and MSV understands he's on probation for a year.  We're told by more than one person in the know he shouldn't be putting his hand into politics as it's against the terms of his probation.

Last year Mr. Calicchio, (he's the brother of the store sign thief Matt) got himself a rent free apartment in Hoboken for an HHA program designed to have a police officer live in the community.  Does a prison guard who is part time political operative qualify for such a freebie?

Rather than bother HHA Executive Director Carmelo Garcia with such trivialities, all you need to know is that Nick Calicchio was once a paid aide to Assemblyman Ruben Ramos.  The Assemblyman is said to aspire to the mayoral seat of the second floor at City Hall.  The only problem being when you are looking to set up a public pension finding yourself empty handed with no public job may curb that appetite.

As for Nick Calicchio, there's no one better to have around to encourage HHA residents to vote and vote in advance via paper ballot except for his brother Matt.  In the HHA, you don't need to go to the polls, the family motto is Vote by Calicchio!

The Calicchio brothers have a serious interest in law enforcement, maybe on both sides of the law.  Both the FBI and the NJ Attorney General's Office may be interested in this family's keen interest in paper ballot voting on behalf of one Tim Occhipinti among others "elected" in town.

The problems with the Brothers Calicchio may not end there nor for a certain councilwoman who has a seemingly endless access to the family checkbook.

Update: Nick Calicchio responded in the comments.  MSV stands by its story while noting Calicchio does qualify for the free rent program in the HHA.

Were any real police officers given an opportunity to apply for the apartment?
Posted by SmartyJones at Saturday, February 04, 2012
Councilman Michael Russo yells at Mayor Zimmer, on the street!
2012-02-04T08:53:00-05:00
SmartyJones
Comments 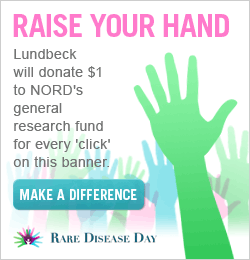