Get your Irish on - Hoboken style!

Following the unfortunate cancellation of the Hoboken St. Patrick's Day Parade, a number of residents volunteered to work with the City of Hoboken to organize a grassroots celebration of Irish-American culture with the aim of providing a variety of entertainment for the entire community to enjoy.The first of what is planned to be an annual Hoboken Irish Cultural Festival will be held on Wednesday, March 14 from 4 p.m. to 10 p.m. at Sinatra Park on Hoboken's scenic waterfront.

The event will feature Irish sport, dance, music, and food and is free and open to all ages. Proceeds from concessions will go to the Hoboken Shelter and Hoboken American Legion.

“I thank our residents who took the initiative to lead this event, and I invite all of our community to come enjoy and experience Irish culture,” said Mayor Dawn Zimmer.

"With the Hoboken St. Patrick’s Day Parade recently cancelled, as an Irish-American Hobokenite, I have to say I was saddened,” said Chris Halleron, a lead organizer of the event. “Upon hearing the news, I immediately reached out to Lea Simone, Marc Gianotti, and Scott Katz — who run The Pier Sessions, which is an ongoing concert series at the Shipyard Marina. Their model of a grassroots community concert with proceeds going to charity really established the framework for this event. In running this idea past Hoboken's City Hall, they were immediately supportive and enthusiastic, so we joined forces to produce the event at Sinatra Park.”

The event will kick-off at 4 pm at the Little League Field with a demonstration of the Gaelic sport of Hurling from the Hoboken Guards, the city's GAA (Gaelic Athletic Association) affiliated hurling squad—now entering their second season. Following the scrimmage, a youth clinic will be held for anyone interested in learning more about this fast-paced Irish pastime.

Entertainment will start at 6 p.m with a performance by the Traditional Irish Step Dancers from The Garden Street School of the Performing Arts (1018 Washington Street, 201-683-7078.

The event is free to the public. Proceeds from concessions will be donated via the Dr. Atlas Foundation to The Hoboken Shelter for the homeless and Hoboken American Legion Post 107, which runs an Adopt-A-Soldier program to deliver care packages to U.S. armed forces personnel overseas.

“Personally, I'm pretty excited by the event,” added Halleron. “I've lived here for nearly 15 years—and spent most of that time working behind the bar. It would be nice to get out and actually enjoy the St. Patrick's celebration in my own town for a change, and I bet there are a number of people in this town who feel the same way.” 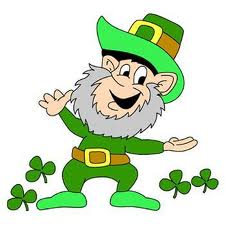 There's been a rash of trolling along with a technical glitch where many posters were getting caught in a filter so their post did not make it into the comments section. 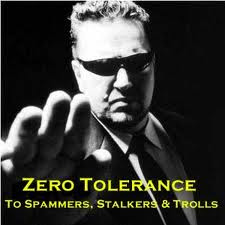 It's somewhat ironic those posts were picked up by the system even as "Steve" has joined us today with his rather lowbrow trolling.  He/they must have MSV confused with Hoboken411.  For the lowbrow slightly veiled anti-Semitic trolling, you need to go that way.  >>>>>>>>>>>>>>

MSV cautions readers please be careful on the internets. This is an official troll alert.

Talking Ed Note: While trolling is not a censorable or bannable offense Da Horsey shall continue to monitor and without warning a ban to Hoboken411 may occur sooner than later.

Update: MSV received word "Steve" has departed.  We'd like to wish him the best and much success at Hoboken411.  He'll be more welcome there.

The City Council meeting went into the usual partisan mode when $600K in emergency appropriations were presented and shot down by MORTe.  Agreement on the items was itself impossible with the lack of basic agreement on when the items were even presented.

Corporation Counsel Mark Tabakin attempted to explain how an emergency required action on the items presented and  MORTe went into pedantic detail questioning up and down a list of more than two dozen items - many surrounding important legal work such as opposing the Monarch project and paying Hoboken firefighters.

After what seemed like an hour of discussion, Councilwoman Jen Giattino decried the dialogue with the minority clearly intent on not passing the emergency request.  In response to her designating the discussion a complete waste of the public's time, many in the audience including MSV responded with long sustained applause.

Authorization requires six votes and no one among the minority would vote in favor.

A non-binding resolution on supporting steps by the Administration for March 3rd went down in flames.  It asked bar owners to open at 11:00 am shifting five hours ahead of the existing legal time to open at 6:00 am.  MORTe clearly favored the bar owners who gathered not to see any limitations placed on that day.

Public Safety Director Jon Tooke addressed the matter concluding opening 11:00 am was voluntary  for bars in town.  MSV spoke to several before the matter was moved to the beginning of the agenda and none of them wanted any part of a 11:00 am restriction.

A continuation of the BoE meeting looked like it was in progress with a non-binding resolution put forward to have voters vote on their desire for April BoE elections.  The matter is contradictory to Hoboken law as BoE elections will take place in November.

Castellano and Occhipinti claimed they were wanted to vote on a non-binding resolution for public sentiment and see it on the ballot in November because they didn't get to present the resolution at an earlier meeting.  This was obviously false as the earlier resolution asked the Corporation Counsel to explore what the options on a BoE election shift actually entailed.  (That was only one of the whoopers being pushed with clear bitterness over November BoE elections).

Russo claimed it's about "letting the people decide."  But the people will be voting on the BoE in an actual election and deciding in November.

The grandstanding continued with Councilman Michael Russo claiming there is a valid petition submitted to the BoE.  It's sheer nonsense.  The petition is invalid on its face on every element: number of signatures, validation by the authorized body, and meeting the requirement of the State law on moving the election.

More wasted time with more grandstanding, false information and claims and whining by MORTe who is interested in the least amount of people deciding.  Take a guess why.


Talking Ed Note: Tim the cameraman working on behalf of Beth Mason (either via a shell company of hers or a consulting firm in her employe) has not only decided filming is more than a job, he's become a full-fledged political operative taking instructions and coordinating with other political operatives.  After MSV spoke on the hours of bar operations for March 3rd, he insisted on filming from two feet away for about a solid minute.  Pointing to our FBI hat, we repeatedly said, "Tim did you get the shot?  Did you get the shot?  Did you get the shot yet?"  City Clerk Jimmy Farina looked on aghast at the utter stupidity of the "camera work."

Lots of chatter in New Business on the effort led by Councilwoman Jen Giattino to land NFL opportunities in Indianapolis with two city employees to help Hoboken find ways to develop economic opportunities related to the 2014 Super Bowl.

Turns out Councilwoman Giattino invited Council member Tim Occhipinti and Michael Russo to go in her place.  Beth Mason's false advertisement in the Hudson Reporter on Super Bowl weekend didn't mention any of that.

Taxpayer monies were not used for the two City employees and Councilwoman Giattino paid for her own expenses.

Who do you think will be screaming to take credit when Hoboken wins some major Super Bowl revenue events when the event comes here in 2014?  Tim Occhipinti would be issuing press releases taking a bow.
Posted by SmartyJones at Thursday, February 16, 2012
Council Meeting shoots down emergency appropriation, fights over non-binding resolution on BoE law passed Tuesday
2012-02-16T00:51:00-05:00
SmartyJones
Comments