Video of the blaze


The above two videos are courtesy of Eric Kurta, the Wiley Coyote.


The third video from a different angle was shot by GodfatherEnt

Related: Hoboken Patch has a detailed report on the scene with Hoboken resident reporter Katie Colaneri: 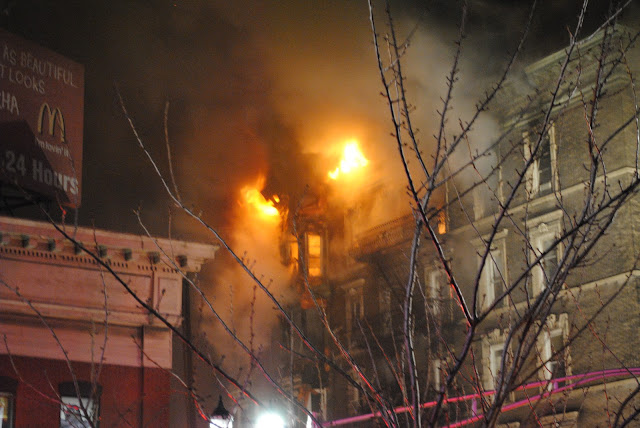 All photos courtesy of Eric Kurta, the Wiley Coyote.  All rights reserved. Copyright 2012 MSV.
Posted by SmartyJones at Sunday, February 19, 2012 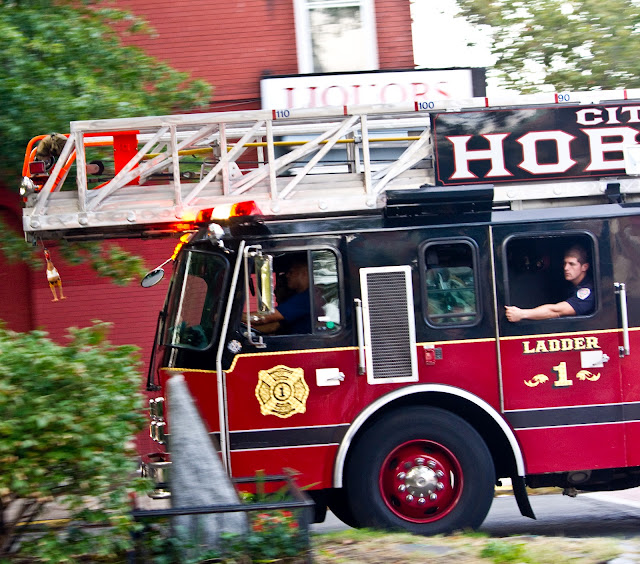 A major fire which is still ongoing started shortly after 7pm this evening at a 5 story building at 300 Washington St. Streets in the vicinity are closed to traffic. At this time, the Fire Department believes that all occupants were safely evacuated, and a few were treated for smoke inhalation. A shelter has been set up at the Multi Service Center (2nd St and Grand St) for any residents that were displaced.
The City thanks the Hoboken Fire Department, Police Department, EMS, CERT, and fire departments from Newark, Elizabeth, and East Newark for their assistance. 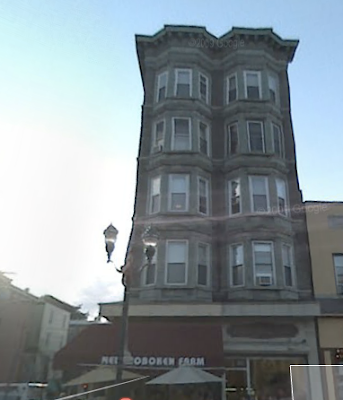 Talking Ed Note: As of 9:30 an eyewitness says the fire is not under control.

The whole building is in flames and glass panels are falling out of windows.
With displacements anticipated, a fundraiser is being planned at Room 84 for March 2nd.
Posted by SmartyJones at Sunday, February 19, 2012
Four Alarm Major Fire at 3rd and Washington
2012-02-19T21:23:00-05:00
SmartyJones
Comments

Sign of the Times: Corporation Counsel Mark Tabakin is on the front line

An interesting development in Hoboken's latest front with the Old Guard attempting a pincer movement against the Mayor's Administration is the arena of lawsuits.  As some have noted in comments here and elsewhere, Hoboken's historically been a target rich environment.  The mother of all legal battles is set for Wednesday in a special meeting of the City Council.

MSV has noted a concerted effort to undermine the legal office then to highlight the number of outstanding cases against the City pointing to the Zimmer Administration as the cause.  A coordinated effort found its way into a Hudson Reporter story last December but MSV declined to air that political operation here.  Costs without context is not a story.

Whether it's a blanket claim about "legal costs" or complaints about the Administration not providing ample contracts to the historically connected Hudson County law firms, (does the name Scarincci ring a bell?)  - there's anger among the Old Guard how the Zimmer Administration is either eliminating a revenue stream to their friends or undercutting its profitability by actually requiring real work on necessary legal matters.


None of this is accidental according to some long time observers and Grafix Avenger and her legal office in the form of Not Stempler.  They see it as a direct battle for a cash cow.  MSV doesn't discount that perspective but views it through a more complex lens.

One of the complaints from Old Guard operatives online occasionally coming out of the blue claims the Zimmer Administration is beholden to "Central and South Jersey" politicians.  This is and has been their most visible, consistent public complaint showing the pain certain Hudson County politically connected law firms have been feeling shortchanged since Peter Cammarano departed the scene and business as usual with him.

"I do for you, you do for me," is how Councilman Michael Russo explained it on FBI surveillance tape telling the Feds informant to make out his loot to "Russo for Hoboken."  He wasn't expressing anything new in the Hudson County cesspool, just confirming how the club operates.  He got Ma Russo squared away with a taxpayer paid job in Union City in a deal with Mayor Brian Stack as only the latest public example.

The previous Corporation Counsel Michael Kates brought a heavy resume of municipal legal experience and he was abused in City Council meetings often with politico Perry Belfiore at one point randomly taking the microphone screaming he "has to go."  No argument on Kates' shortcoming was ever made and the municipal attorney lamented the amount of litigation inherited and initiated in a town the size of Hoboken.

For the Old Guard, this is only the latest battle line drawn.  It's a multiplex with their anger an outside politico in the form of State Senator Ray Lesniak's firm has inserted itself into Hoboken in the form of Parsippany based law firm Weiner Lesniak.

It's another outward sign of the Old Guard's pain.  On Wednesday they will show Hoboken how far they are willing to take their sabotage on the legal front.  Parsippany is so not Hudson County, don't ya know.


Talking Ed Note: They're baaaacccckkkkk.  The FBI has struck again with a raid on the Hudson County Improvement Authority in Jersey City last Wednesday.  Some believe the computers taken are in relation to no show jobs in a $13 million golf course boondoggle desired by County Executive Tom DeGuise and others think there's hanky panky in the issuance of bond monies for Hudson County friends to cover municipal bills.

One source says it's related to the Environmental Services contract in Harrison.
MSV will go with all of the above plus the unknown "other" category.

With that box ticked off, Hoboken is only one stop away on the Newark Boys of Summer Express.  Pitchers and catchers officially report for Spring Training today.