In the special meeting of the City Council, MORTe was given not one but two opportunities to provide adequate funding for more than two dozen legal matters.  As in last week's City Council meeting MORTe (minus an absent Councilwoman Beth Mason who was out of town on family business) voted down the emergency appropriation for the second and third time.

The Council was presented with a legal shortfall through march of approximately $136,000 and voted twice short a necessary sixth vote for an emergency appropriation with only five votes in favor.

The meeting showed a usual path with typical "gotcha" games starring Councilman Michael Russo asking for detailed information on any number of cases of Corporation Counsel Mark Tabakin.  After a tedious thirty minutes of back and forth Q&A, Tabakin finally asked why he didn't get any questions in advance of the meeting while Russo did his usual routine of accusing him as other directors before of "not doing your job."

All council members had the documentation about a week and a half ago.

No facts from Tabakin would change Russo's opinion, as no facts on a funding deficit for legal work on more than two dozen legal cases and firefighters pay would sway a required  approving vote.  Tim Occhipinti and Terry Castellano both weighed in blocking the required sixth vote for emergency appropriations.

Councilwoman Jen Giattino may have encapsulated MORTe's contradictions best by noting they don't want legal work performed without prior authorization and when it's brought to them, they won't authorize it.

The above clip on the Monarch Project shows the political problem when pretending there is adequate funds to handle 29 legal cases exists even when told to the exact figure they don't.  As a result the attempt for Castellano-Occhipinti-Russo to say they support legal work to retain a lawyer to work on the Monarch while refusing to provide the funding is exposed.  (Beth Mason did not call in a vote so she in essence voted no with MORTe again.)

Of course they are also contradicting what they argued against previously on legal work.

The mayor responded to the latest rejection by MORTe to the funding stating, "Tonight the City Council minority refused to fund to fight the Monarch project, defend the City against litigation, and pay our firefighters for overtime due to the recent fire.  This refusal is an irresponsible breach of their fiduciary duty to the City of Hoboken"

Talking Ed Note: In MORTe's defense, if they don't play politics and sabotage the City what else can they do?  As was noted correctly by Councilman Peter Cunningham who highlighted their recent history of sabotage to deplete the surplus in last year's budget, vote down the refinancing of the hospital's midtown garage even though it would ADD $50,000 to the City's revenues and of course try to blow up the sale of the hospital itself.

Terry Castellano hated hearing about the hospital sabotage and claimed that wasn't reality but obviously Cunningham's remarks hit the mark.  Most of Castellano's remarks on the legal cases involved her supporting city personnel suing the City and attacking the mayor for deeming some cases "frivalous."  She complained that unnamed people were not offered "settlements," and described Lt. Andriani's behavior as "boorish" implying he should not be terminated for his SWAT antics and arrest at a Tampa Bay Airport.

What more do you need to know?  There's the "game" right there.


Tonight's City Council meeting includes another go round for the 600K emergency authorization with a list of legal cases for the City Council to express its distaste and capitulate.

A Casual Viewer's Guide to the Hoboken Lawsuits

If you're looking for a good drama this evening, the special City Council meeting tonight should do just fine. The key issue will be whether the Old Guard (Mason, Russo, Castellano and Occhipinti)  bows to reason and extends a sixth vote to finance the city's legal defenses.

They have Hoboken in this position because State rules require a super majority for additional expenditures in the period before the annual budget is adopted and many believe they engineered a flurry of legal activity and expense at the beginning of 2012.  A 'No' would be in keeping with Old Guard's strategy of financially starving the city, to force tax increases, defaults and perhaps a return to State control.  A 'Yes' vote would indicate a retreat from their Hoboken harming, self-centered strategies. But the drama will not end if the finance resolution fails 5-4 , as the council is forced to declare which cases they do not feel worth defending.

So the first thing on the agenda to pay particular attention is the debate over resolution number 4, emergency legal appropriations for 2012.  A key point: the list of lawsuits increased by two in just the last week, as litigators sensed weakness and pushed up their legal action.  These are items 32 and 33 on the agenda, Maxwell and an 'affirmative action' case, that is Angel Alicea claiming he was fired for being Hispanic rather than resigning, after it was revealed he hid his meetings with FBI informant Solomon Dwek.  If  funding for defending the city’s legal interests is not approved expect many more cases, new and old, to be rushed to court as the wolves circle and close in for the kill on our crippled city.  Tim Occhipinti is the key vote here. If the Old Guard is going to fold they will have collectively chosen Tim to act in his 'independent' role.

If a sixth vote is not forth coming, watch for the next 28 items on the agenda to be voted on individually and for some interesting mechanics as the Old Guard will try to justify their actions. In these votes, an affirmative vote is a vote to end the defense of a lawsuit. Expect Michael Russo to bloviate that this is a meaningless exercise and that, like so many things, this is not his job.

Most of the roughly 28 or so lawsuits facing Hoboken break down into a few categories. On of the largest categories is employee lawsuits,  for instance the cases of Andriani, Alicea, and Arezzo, and that is just the A’s. The individuals here are all supporters of convicted Mayors Russo and/or Cammarano. Many of the others also have ties to Old Guard council persons.  From the links above you can see the highlighted cases all intensified or started recently, probably as part of an Old Guard plan to spark this crisis.  The case to watch here is the Alicea case, currently listed in position 32 as a new affirmative action case.  It belies the Old Guard claim that they are saving money as the case is timed to cash in on.  The Old Guard will generally oppose pursuing legal defense here, no matter how they vote as they trade on their ability to protect and steer money to favored municipal employees.  At the last meeting Theresa Castellano, Old Guard, council member was reported to exclaim ‘just give him his job back’ in the case of Al Arezzo.

Development issues loom equally large.  There are lawsuits from  Maxwell, Monroe Center Development and Monarch Waterfront Development among others.  Watch for splitting of votes in this class of lawsuits with several 3-6 votes.  This will allow the Old Guard to signal  their willingness to play ball with developers while still allowing individual council persons to say ‘I voted against over development in my ward.’  The highlight here will be how Mason deals with the Monarch case. This is an issue she previously put effort into ignoring but recently has made a show of opposing.

Related to development are the fair housing cases;  Advance Housing and Fair Share Housing, are suing Hoboken over failures to provide enough fair housing,  at numbers 22 and 23.  Advance Housing is the odds on favorite to go 0-9 voting wise in support of funding. Advance Housing uses Michael Kates as general counsel, he is Hoboken’s former corporation counsel.  Kates is widely disliked by the Old Guard for his attempts to clean house in Hoboken.

The other large group of lawsuits relate to rent control including cases listed as Denardo, Burns and Tumpson.  Apparently Mason’s ordinance changing rent control has not ended rent control controversies as it was intended. The council should vote consistently against cutting funds to these. Despite the deep flaws in Mason’s ordinance it was passed unanimously.  The Old Guard  is staunch in their support so much so that ally Reuben Ramos was reported to have misinformed election day workers that they were opposing the ordinance when in fact they were handing out literature in support. 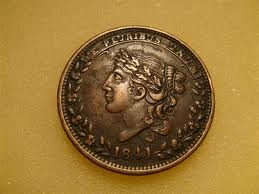 The Founding Fathers knew that giving in to extortion was to invite more. When France, the world’s most powerful nation at the time,  demanded tribute and personal bribes for French official in return for continued peace, the correct answer for a great nation was “millions for defense, sir, but not one cent for tribute!”  This should be the the way of a great city of Hoboken in the area of legal defense, France backed down in the face of a vigorous response, as will merit less lawsuits.

Talking Ed Note: MSV understands Councilwoman Beth Mason will not be attending the meeting due to family business out of town.

I wanna be Da Mayor

When it comes to naming names of who wants the job of Hoboken mayor, there's a healthy list with an even healthier amount of ego or is it hubris to go with the desire to occupy Mayor Dawn Zimmer's seat on the second floor at City Hall.

As anyone vaguely aware of the local political scene can tell you, ambition is not enough and ambition plus oodles of cash to throw at the problem doesn't equate to victory either.  Ask Councilwoman Beth Mason who has spent nearly seven figures (unofficially) since 2009 all in a vain attempt to get a job that pays less than 116K annually for four years.


While the list is long on who wants to occupy Mayor Dawn Zimmer's chair, the divisions among those who are looking to unseat her are not altogether rosy.  Mustering the challenge may be half the battle with the FBI looming over Hoboken in 2012 having just paid a visit to Hudson County offices in Jersey City last week carting out computers less than a year after doing similarly last May in Hoboken.

The rest of this story is MSV Premium Content.  You may make a one time purchase of this article for $3.45.  No paypal account is required.  Just follow the link on the button below securely using a debit or credit card: