“With most bars delaying their opening and without a parade serving as a focal point, visitors arrived in waves, but they were concentrated primarily in our downtown area, and our police were able to focus resources and maintain control. Arrests were down 47%, ambulance calls were down 61%, and city ordinance violations were down 69%.

I thank the Hoboken Police and Fire Departments, EMS, OEM, CERT, and the public safety agencies from Hudson County and neighboring towns for their tremendous work keeping our community safe. I thank our Environmental Services team for cleaning up our streets and sidewalks and the bars and restaurants who voluntarily delayed their opening this year. I welcome all constructive ideas from the community on how we can improve further next year.” 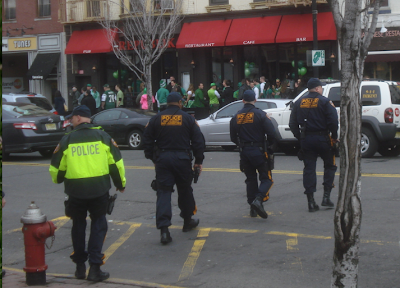 p1ywood in da house!! My thanks to Da Horsey for letting me act as an ancillary Field Correspondent for what “The Artist Formerly Known As Prince” might call “The Event Formerly Known As The Hoboken Saint Patrick’s Parade Day.” This is a great Hoboken cultural signpost, steeped in an honored tradition of debauchery and has been mentioned even this year in media as far afield as San Francisco. Hey, anyone can have a noble parade celebrating our community’s finest, and Hoboken is pretty reputable in that department, but only Hoboken can attract a breed of come-along revelry that is news from coast to coast. As a matter of fact, our humble event even made the Huffington Post!

Revelry is our heritage, it is our right, and no amount of common sense is going to change that!

Whoa there, just a second, I know what some of you are thinking. Firstly and without further ado, before the acerbic comments start coming in, before all the bar owners and upstanding, law abiding citizens involved in this as a consumer, patron, merchant or just your ordinary citizen with a perfectly valid opinion of this event start ignoring me on Facebook (FB name: Ply Wood) or making those nasty remarks (p1ywood is rotten, p1ywood needs a shellacking, p1ywood is coming unglued, please, I’ve been-there-done-that) let me bend over backwards to point out right up front there is an overwhelming amount of house parties and bar drinking that are well within the parameters of law and decency, as a matter of fact it is those persons whose good times suffer as a result of the over-indulgences of others, most of those others being non-residents. However, there’s an old saying (as well as in song)“one bad apple doesn’t spoil the whole bunch, girl”, but I’m not holding my breath for an updated version (with apologies to the Jackson 5ive) of something like “8,000 to 10,000 bad apples from out of town who are really plastered don’t spoil the whole bunch, girl.” I just can’t see someone singing that on “Soul Train.” But the point is, there are plenty of people who know how to party and keep their carryings-ons within the law, and God Bless ‘em, they have rights too, and certainly they don’t need my permission to do so as they will. Let me even say that as far as I’m concerned “they built this city on tall neck beers”  (shout out to Bernie Taupin) and well, baby Buds, too.  To give you a point of reference, not that I’m particularly proud of this, but I personally didn’t move to Hoboken primarily because of the nouvelle cuisine and artistic community. It had bars, and lots of ‘em.

I digress. On Saturday (“day of” as they say) I ventured out into the mayhem and walked the campus, strike that, I mean “walked the TOWN." Firstly I survey the west side of town, as the bars weren’t open yet. Early morning was pretty loud back in the president streets but seeing as no one invited me to any house parties (hint-hint), and I wasn’t carrying my parabolic dish microphone with me I can only venture my guess, which is house parties were down in intensity from last year, but still rather rambunctious. Taking copious notes I overheard the following pearls of wisdom  from passers-by (all absolutely true overheard dialog): “those huge bouncers are just waiting to (censored) someone up,” “I’ve been wandering Hoboken for 45 minutes looking for Mitch” and this classic exchange between two staggering amigos: First guy: “I can’t find my glasses” Second guy, “You’re wearing them.”  After that they high -fived me.

On my way cross-town to check out the action on Washington, I stopped in the A & P to see what was going on creatively in retail merchandising with this event, and I was pleasantly surprised to find this: (Buddy, youse got competition!!): 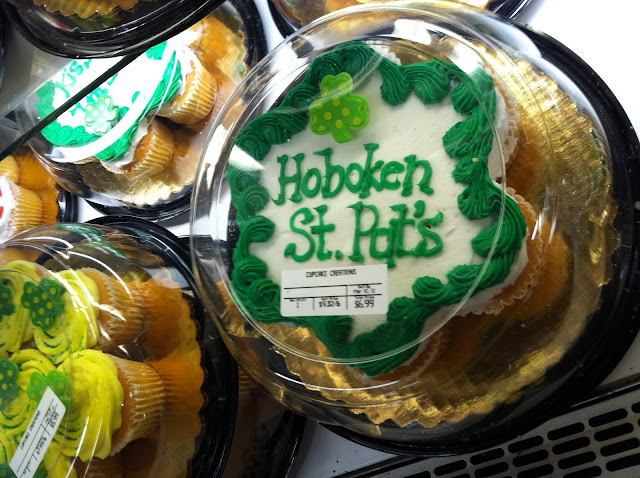 There’s a joke about a muffin-top I left hanging on the vine there, which I am above blogging about. Winding over to Washington Street, I was feeling a bit beside myself about there being no parade. Well, get this parade committee, p1ywood stepped up, and there was a parade after all, which I conducted on a shoestring budget. Here’s a still from that auspicious event: 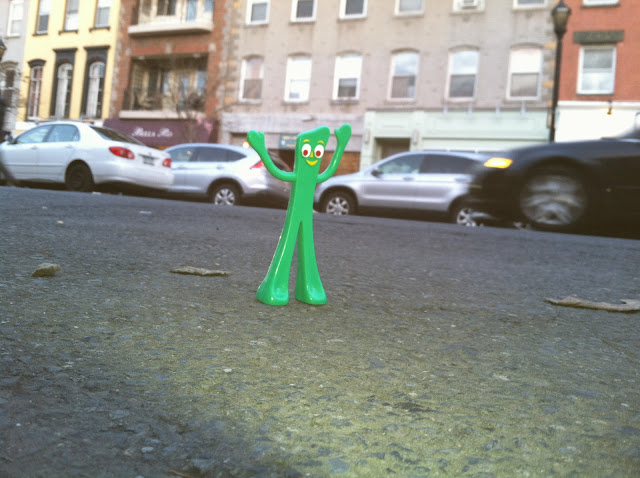 Yeah, yeah, just a joke parade committee, but at least I didn’t walk away from tradition like you did. Start working toward solutions instead of complaining that the “my way or the highway” didn’t work this time. Everyone wants a parade. We also want a safe and balanced event.

So I went up to Washington Street at about high noon (a term which seemed apropos for a large segment of the early twenty-somethings weaving their way around Washington Street at this point). The scene, while not anything akin to a Boy Scout jamboree, was at this point significantly calmer than the same time last year. I am still trying to process the fact that I had a lengthy conversation with Benny Tudino while he was wearing a green “Cat-In-the-Hat” hat.  Somewhat long talk about the shamrock being used by St Patrick to explain the Holy Trinity. Good times. I like the guy. Wonder what new screen name is going to sling mud at him in the comments section.

As I am like to say to when describing the Miracle Mile Square City of Hoboken “everyone stays the same age but I get older.” Well, that’s not really true anymore. I think at this point on the first Saturday of March  the analogy is “I get older and everyone else gets younger.” Many of these partying kids aren’t long out of short pants. And by that I mean some of them were out of their pants altogether, particularly the women, wearing only tights and a tutu made out of the same fabric used to make a butterfly net. In neon green. No you can’t make this stuff up. I saw a rather confused looking guy in a Santa suit. I saw another slightly less confused looking guy in a Santa suit with a neon green fright wig. At one bar I ventured into, I was served a nasty-looking pork sandwich by a waitress named Samantha in green stockings. Being p1ywood and all, I declared to her “I do not like green legs and ham, I do not like them, Sam.” I am, however, having to say in terms of outfits, these “morph” guys had it going on. As if in tribute to Keith Haring, here goes: 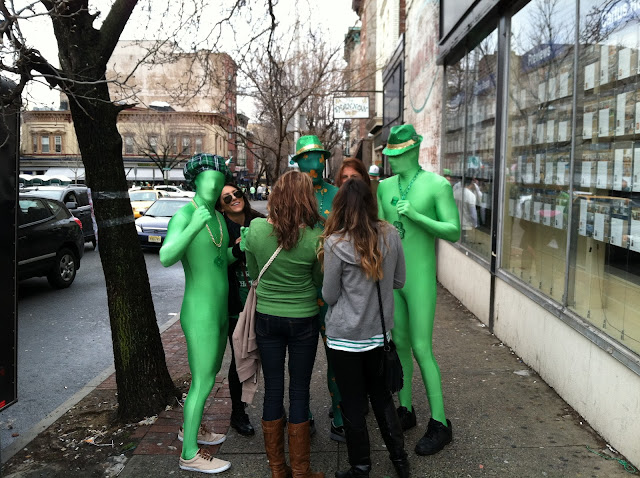 And while we are on the topic of outfits, I did see more than one person wearing a shirt that said in huge type “I’M SHIT FACED.” Note to wearer: Pal, believe it or not, I already knew that. And, maybe it’s me, but could some one explain to me the decision making process behind putting on the following shirt and going out in public to get drunk at an event where talk turned to sexual assault last year? I mean, wouldn’t you be embarrassed to even be seen washing this shirt at the laundromat? (I don’t really mean to bash this woman, my bud who took the picture said she was a very nice person): 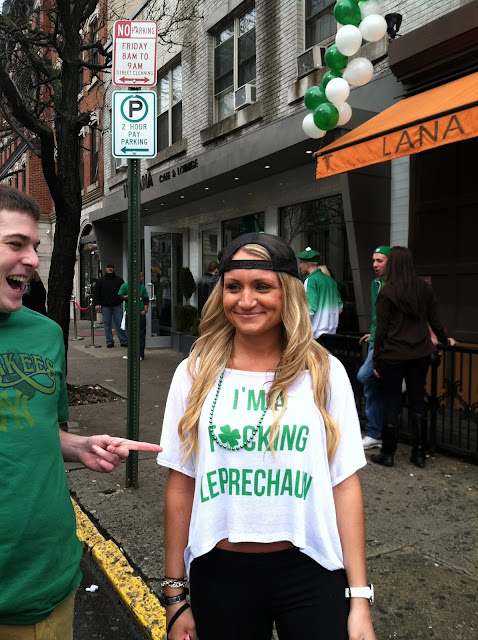 Looking towards those of you who look back and want to rewrite Hoboken history as being kinder, gentler times in days of yore, here’s a tee shirt sighted Saturday, originally from 2009, when people had more class. It reads simply but politely “Allow me to apologize for my actions in advance.” More civility than you’ll get now-a-days: 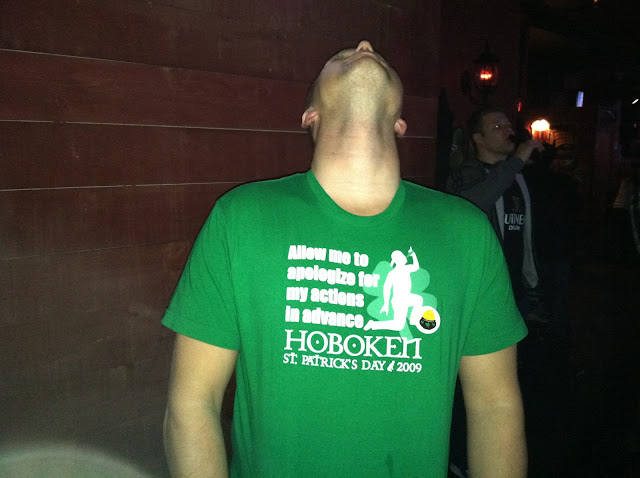 Anyway, the rest of the night of this absolutely-non-Irish mostly binge-drinking was much like you would expect. By three o’clock in the afternoon the pickled masses were drunk enough to start yelling and fighting, by seven o’clock the arguments were turning largely into shoving matches and handcuffing events, and by about nine o’clock the lines outside the bars had completely evaporated with those bar owners who I happen to know telling me that business was way off, some said to the tune of fifty percent, some said it was a third of last year. All said the itinerant children of alcohol searching for that “endless summer“ were “already tanked from the house parties when they got here” and “didn’t spend much.” Many bar owners seemed, candidly, downright relieved. As one told me “don’t worry, it (was) crazy ENOUGH.”

Okay, I’m going to wrap this up. I have a couple of things to say.

I hope the city and the St Patrick’s Parade Committee work together and figure out some way to get a line of march going again. No room for stubbornness in that equation. Such negotiation will probably take a year of back and forth at a negotiating table. In particular, Father Santora IMO needs to temper his remarks, given the level of violence by the crowds last year. His words, while heartfelt, were divisive without offering solutions. I for one personally miss the parade itself more than anyone might readily imagine, but people and property last year were, in great numbers, getting damaged and worse.  That’s a real issue. And it must be factored into the negotiations that this particular Hoboken Mayor means what she says and the fallback of “we’ve always done it this way” will need a reality check at the door.

Last year the parade was completely out of hand. Something absolutely had to be done to ratchet down the level of ancillary violence and destruction of property that accompanied the event. For many of the past few years, every year there was a big, violent, out of control mess on parade day, then the following Monday a lot of loose talk about cancelling the parade, nine months of silence and then everyone not in the bar industry caved-in and the parade stayed on Saturday. I’m so glad we have a Mayor who stuck to her guns and actually did something about it before someone got maimed or worse.  Our Mayor took a lot of lip and misplaced disrespect for it too. And you know what, in the final analysis whatever changed, it worked. No thanks to the bar owners who surreptitiously stood behind “social media” as the driving force for this latest incarnation of this event. Due to whatever combination of factors, the crowds (on Washington Street at least) in my unscientific observations were down about 40 percent  (the bar owners told me they were down 50 percent to 66 percent) and at least that was enough of a tipping point/ adjustment that I felt law enforcement was really in charge of the safety of our citizenry this time around. I didn’t feel that way last year. The event was calmer, and without abridging anyone’s rights. We needed that. Thank you Mayor Zimmer! 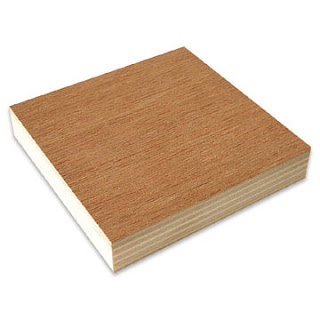