Who's out on the streets today collecting Republican committee petitions? 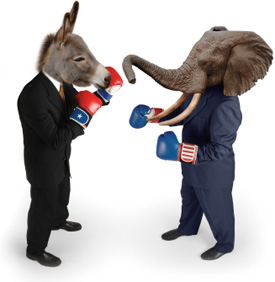 There's a huge scuttlebutt on the streets today as a scramble for Republican Committee petitions are due on Monday.  Scuttlebutt Horsey?  Yes, and you would not believe it if you knew the rumors of who's out and about.

MSV is looking to confirm more on this before a story is ready but let's just say, keep your phone cameras at the ready and if you see known Democrats collecting signatures, there's only one committee on tap: Republican.

Use a nice portable camera and send those clear photos to: smartyones@me.co
Posted by SmartyJones at Saturday, March 31, 2012
Who's out on the streets today collecting Republican committee petitions?
2012-03-31T15:23:00-04:00
SmartyJones
Comments

We have a few updates on the fight against the Monarch Development.

HUDSON COUNTY PLANNING BOARD:
At their most recent meeting the Hudson County Planning Board memorialized their resolution to deny Shipyard Associates’ application to construct Monarch at the Shipyard.  This was a significant victory for our group and didn’t come without some fireworks.  Shipyard Associates’ counsel attempted to circumvent the board’s vote and force them to approve the application.

They based their argument on a technicality relating to the Planning Board not following “timing protocol” in the process and insisted that the denial be overturned.  As you know, a special meeting was scheduled in order to grant enough time for the public to voice their displeasure.  Shipyard Associates argued the scheduling of this special meeting caused the Planning Board to not timely take action on their application.  The nature of the “timing protocol” law is in place so the Planning Board cannot sit on an application indefinitely, and that certainly wasn’t the case here.  The developer was looking for any technicality available to get their denied application approved, and it almost worked.  Counsel for the developer agreed to the date of the special meeting in advance and attended the meeting confident they would get an approval.  It was only when their application was denied did they bring up the “timing protocol” and insist on a reversal.

HOBOKEN PLANNING BOARD:
The Hoboken Planning Board meeting to hear the Monarch application has been rescheduled again until Tuesday - May 1, 2012.  Shipyard Associates has requested this further delay to respond to concerns raised by the Board's planner and engineer.  This meeting is extremely important and one of our best opportunities to be heard at the local level.  We won at the County level and we can win at the city level.  This is the only way we can end this process.  This meeting will be held in the Wallace School at 11th Street and Willow Avenue in anticipation of large crowds.  WE HOPE TO SEE EVERYONE THERE!

PETITIONS/ADVERTISEMENTS/ETC.
As some of you may have seen, our group has been running an ad in the Hudson Reporter every weekend.  Keep an eye out and pass along the paper to your friends!  Our petition numbers continue to grow and our signature numbers are approximately 2,300.  Please sign if you have not already!