The budget amendment passed 5-3 and there was no surprise in its passage as the council majority was clearly pleased to do so.

Only two members of the council minority were present and they voted against it signaling they will do so again on final vote as is typical of their standard operating procedure.  As no reason was given by them, the most exciting part of the meeting arose when Council Vice President Peter Cunningham addressed amendments presented to him as chair of the subcommittee.

He noted Concilwoman Carol Marsh's inquiry was addressed and then turned to Tim Occhipinti breaking the bad news no additional raises would be given to council members.  Occhipinti was not pleased to hear this response to his request and was told to use his current salary for marketing if that's what he wanted to do.

Occhipinti's unhappiness grew worse when Cunningham chastised the loss of $4.5 million in refinancing the Parking Utility midtown garage last November which could have been used for both budget surplus and additional tax relief.  Occhipinti attempted to obfuscate the issue and claimed he was told by former BA Liston that amount was not able to be moved into the City budget beyond $3.5 million.  He was instructed it could be rolled over and completed with both years 2011 and 2012.  (Was this even a coherent reason to see the opportunity wasted?)

It continued beyond the clip below and Occhipinti was joined by Councilwoman Terry Castellano who vainly attempted to come to his aid.  She claimed approving the refinancing would have added cost and extended the payments out over additional years.  Cunningham quickly replied that was untrue as the bond's end date would have remained exactly the same.  She fell dead silent with Cunningham's correction.

MORTe, re: Mason, Occhipinti, Russo and Occhipinti all were extensively briefed on this last year and knew the end date of the bond refinanced would not be extended and lower interest rates would produce millions benefiting the City.

Their sabotaging instincts could not stomach the City benefitting in this way under the Mayor's Administration.  So not one of the four would provide the needed sixth vote to approve the bond's refinancing last November.  They voted it down multiple times for political spite.

Councilwoman Beth Mason was the third vote by phone.  She's missed many meetings and this is the first she's actually called in to vote.  Councilman Michael Russo was not present.

Here's the video from that key segment of the one hour meeting:

Talking Ed Note: While Terry Castellano's fabrication to aid her MORTe colleague was easily crushed, Occhipinti continued in an attempt to obfuscate on the issue. FAIL!!! Occhipinti had the nerve to ask for more taxpayer monies to promote himself and he's not taken responsibility for costing the City and Hoboken taxpayers $4.5 million for nothing more than political spite.

Each member of MORTe owes Hoboken more than a million each for this outrageous intransigence.  As Peter Cunningham said, we sadly don't get a redo on this squandered opportunity.
Posted by SmartyJones at Monday, April 09, 2012
Introduced budget amendment passes 5-3, Cunningham chastises MORTe for loss of $4.5 million refinancing for Parking Utility
2012-04-09T20:31:00-04:00
SmartyJones
Comments


The full one hour meeting above.

Will an amendment to give taxpayer monies to Council members to send mailers be presented and approved?  Tim Occhipinti is hoping so and has asked for those monies as what he is selling the public on his Facebook account is apparently not enough.

Councilman Peter Cunningham has requested such a proposal be presented with offsetting cuts.  Why bother?  No council member in their right mind would sign on to such a political stunt.

Well those who respect the taxpayers anyway.  Tune in at 7:00 for live coverage.

The amended budget can be found at the link below:
http://www.hobokennj.org/docs/council/respack12/04.09.2012.cover.letter.and.budget.amendments.pdf


Talking Ed Note 2: A full 5% surplus meets professional rating agency standards.  This can only be beneficial for Hoboken in the short and long term.
(MSV is looking to confirm this adjustment.)

A meeting of the City Council is planned for Monday night for a public hearing on the proposed $102 million 2012 budget.

This is the public's first opportunity to speak to the details of the budget.  Taxes are flat, a minor disappointment overshadowed with the sabotage of the proposed refinancing of the hospital garage in midtown.  The missed opportunity last November cost Hoboken $4.5 million and would have added $50,000 to the City due to the lower finance charges.

Some of the lost millions could have been used for additional tax relief.

Tonight's public hearing follows a series of budget workshops last month.  Those workshops, the third annually since inception have offered detailed looks into the City's individual departments and department heads with reduction efforts and explanation leading to the overall reductions by Mayor Zimmer totaling $12 million over her Administration. 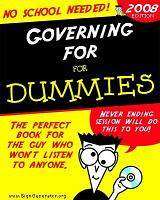 Talking Ed Note: The mayor likely wished to see some if not all of those savings for additional tax relief in addition to the Administration's earlier efforts that lowered municipal taxes less than 10%.

MORTe works to undermine those efforts and create a scenario where taxes must be increased.  One of those goals is to entirely eliminate the surplus leaving the City unequipped for any additional costs whatsoever.

Councilwoman Beth Mason has made it a personal mission to put the City in a weakened financial position two years in a row arguing against every municipal budget professional who suggest a 5-10% budget surplus.  She's pushing for a zero surplus.

The City fell below 5% last year and is likely going to do so again even with the efforts to date.


The mayor may have wished to see some if not all of those savings for additional tax relief in addition to the Administration's earlier efforts that lowered municipal taxes a shade under 10% to date.

MORTe took care of that.  Score that a victory against the taxpayers by beth Mason, tim Occhipinti, michael Russo and Terry Castellano.

Correction: The tax levy has been reduced less than a million, approximately $800,000.  That would be about 1.5% in a tax reduction but is negated due to the impact of tax appeals.  A tax reval will eliminate that issue upon its implementation.

I am writing in response to the glowingly self-congratulatory letter last week from Fourth Ward Councilman Timothy Occhipinti. Mr. Occhipinti is always quick to itemize very real, laudable accomplishments, very few if any are his for which to claim credit. I wish to offer a different perspective on Mr. Occhipinti’s “service” to the ward.

For the past 16 months, our ward has endured what can only by the most generously loose definition pass for representation by someone who has proven to be a developer shill and corruption apologist.

The interests of our neighborhood’s people have languished under Mr. Occhipinti’s tenure as our councilman in virtually every way, whether through his attempted sabotage of the hospital that serves and employs so many Fourth Ward residents, ridiculing the new flood-pump technology that has so palpably alleviated a long-standing problem for our neighborhood, or his transparent and sophomoric attempts to co-opt credit for Mayor Zimmer’s accomplishments to which he made absolutely zero contribution, and in many ways actually served to undermine by blocking funding.

But despite the low bar our councilman has set, I was stunned to learn of his blatantly selling out the public trust.

On March 20, Mr. Occhipinti took the highly unorthodox step of attempting to testify before the Zoning Board in a variance hearing – for a developer who had gotten into hot water by illegally constructing a restaurant facility on land the city has flagged to be part of a new southwest park.

The fact that Mr. Occhipinti either didn’t know or didn’t care that a sitting councilman speaking before the Zoning Board on such a matter is extremely problematic on multiple levels is shocking enough.

What makes the matter transcend his usual ineptitude, buffoonery and wrong-headedness into what I can only describe as a form of legalized corruption is the fact that the developer, Danny Tattoli, contributed $3,500 to Mr. Occhipinti’s election campaigns.

This apparent quid-pro-quo arrangement is the ultimate betrayal of the neighborhood residents Mr. Occhipinti purports to represent. He ran for council promising to be an “independent voice” for our ward, including a commitment to push for a southwest park. Instead, he turned around and took large sums from a developer who wanted to build where the park is supposed to go, then sought to insert himself into the Zoning Board process for granting his developer friend the variances needed to retroactively justify construction that he’d already illegally completed. The appearance of impropriety is unmistakable and undeniable, not to mention the rank hypocrisy, given Mr. Occhipinti’s feigned outrage at the alleged appearance of such conflicts when it has suited him politically.

Mr. Occhipinti has proven himself to be what many of us always suspected – a bought-and-paid-for friend of developers, championing not the southwest park he promised, but rather the legal loopholes that allow this kind of betrayal to undermine the public interest at every turn.