From the desk of Councilman Dave Mello:


Just wanted to send a quick note to inform everyone that a second pocket park ribbon-cutting happened in the Southwest today.  This afternoon it was the park next to the Boys and Girls Club/HOLA Charter School on Jefferson Street between 1st and 2nd.

I was honored to be there for the ribbon cutting along with Councilman Bhalla, Mayor Zimmer (who was also the birthday girl!), Director Pellegrini, and many students from HOLA Charter and beyond.

The park was a big hit, especially with my eldest daughter Sienna. This re-opening closely followed the one that occurred last week at the Jackson Street pocket park.  Both these newly refurbished parks have been excitedly received by our neighborhood kids. 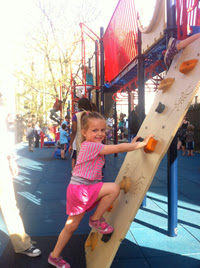 So, if you live in Hoboken's Southwest, or don't, but are game for venturing a little further from home, please check out either of these wonderfully refurbished parks!  Next up, a Second Ward park ribbon cutting and, with your support, a Southwest land purchase.

Have a great evening, 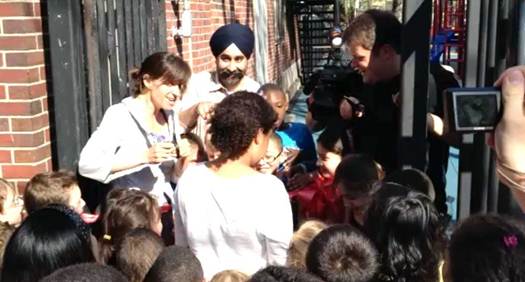 Local children helped Mayor Dawn Zimmer cut the ribbon and re-open Jefferson Street Park this afternoon. The pocket park is located on Jefferson Street between 1st Street and 2nd Street and was upgraded with new playground equipment and safety surface as part of a city-wide parks improvement project.

All members of the community are invited to attend the re-opening of Legion Park, located at 1225 Willow Avenue, on Tuesday, April 17 at 4pm. 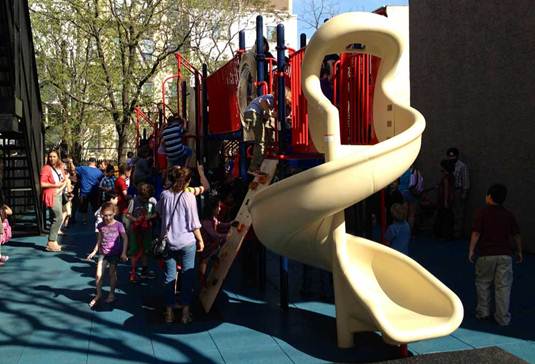 As MSV noted previously, 2nd ward Councilwoman Beth Mason's two pronged plan to keep her options open for a third run for mayor or a NJ Assembly seat moves forward with a community meeting at Fox Hills in Peter Cunningham's 5th ward on the City's parks including Legion Park. 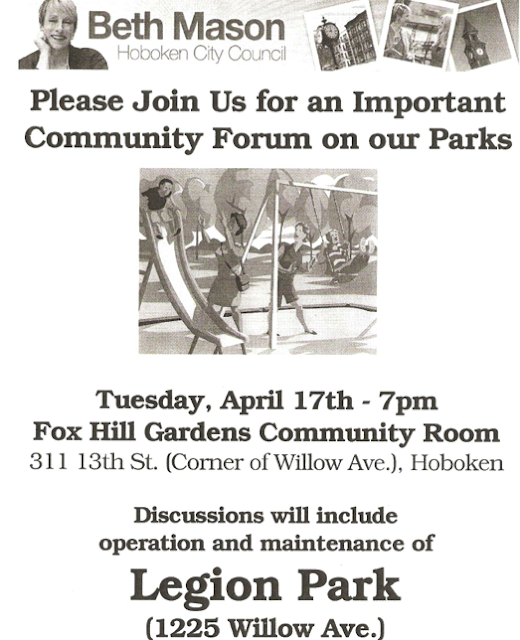 Legion Park as the City notes in a release earlier (see below) is on schedule for re-opening this week joining Jefferson Street Park re-opening today.  Last week the Jackson Street Park reopened and the City's efforts are all part of Mayor Dawn Zimmer's plan announced at the State of the City address in January to make 2012 "Year of Parks."

From the Mayor's January State of the City address:


"I believe in Hoboken, 2012 will be known as the Year of Parks. We will be opening a new park in North Hoboken, currently known as 1600 Park and Hoboken Cove. The plans are being finalized now, and this long awaited park will be a fantastic addition to our community.

We finally have the approvals we need, and Frank Sinatra Park and Castle Point will be reopened in 2012. We will be bidding out Frank Sinatra Cafe to transform it and make it a go-to destination for our residents and visitors.

We have a contractor in place to upgrade the playgrounds at Jackson Street Park, Jefferson Park, and Legion Park on Willow Avenue. At Stevens Park, we’re looking to resurface the little league field, upgrade the playground, and install an indoor batting cage. Church Square Park, Mamma Johnson Field, and all our dog runs will all be upgraded this year."


Talking Ed Note: We're not sure what if any role Beth Mason had in Legion Park's upgrades but since 2007 she's had every opportunity to do something other than just discovering the mayor's citywide efforts on parks.

As the City is on track to reopen Legion Park later this week with its upgrades, will Councilwoman Beth Mason complain there was no public meeting before the implementation?

At a recent City Council meeting Mason did exactly that before it was explained to her by Director Brandy Forbes upgrades with similar equipment maintaining a park's existing size and replacing old equipment do not require a public meeting beforehand.

The City has conducted public meetings on more potential projects than its predecessors from the changes in the Viaduct at 14th street, to NJ Transit, to a Western Edge proposal and of course parks.

Is MORTe looking to hijack the credit for the work of others on parks?  Well if Tim Occhipinti's Facebook offers any clue, he's again taking credit for the Administration's work:

"The Jefferson Street park next to the Boys & Girls Club opens today!
It looks terrific, great job everyone. Delivering on another campaign
promise - both 4th Ward pocket parks upgraded!"

Jefferson Street Park, located adjacent to the Boys & Girls Club at 123 Jefferson Street, will re-open Monday afternoon with new play equipment and safety surface. All members of the community are invited to attend a ribbon cutting and enjoy the re-opened park at 4pm.