The City of Hoboken invites residents to a community meeting on Thursday, May 17, 2012 to solicit input on the community’s desire for improvements to Church Square Park. The meeting will take place on the 2nd floor of the Hoboken Public Library, located at 500 Park Avenue next to Church Square Park, from 5pm to 8pm.

“Church Square Park is used by so many people for many different purposes, so we want to hear everyone’s ideas on how we can improve the park for our entire community,” said Mayor Dawn Zimmer.

The City of Hoboken has hired Suburban Consulting Engineers as a planner to assist in developing a plan for Church Square Park. The planner will be in attendance to solicit public input and will develop a plan following the meeting. That plan will be presented at a public hearing on the 2nd floor of the Hoboken Public Library on June 12 from 5pm to 8pm. 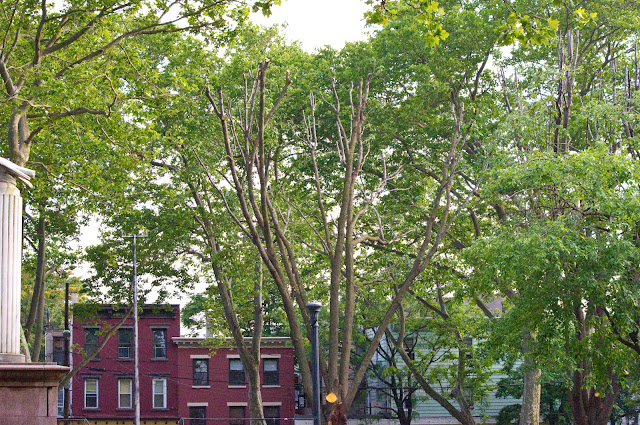 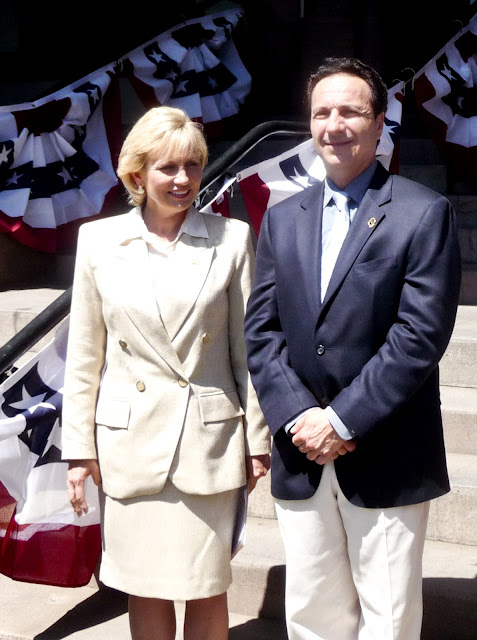 Pictured for your approval, one Freeholder Anthony Stick Romano with Lt. Governor Kim Guadagno last July at the council swearing-in ceremony.  Is he the swing vote to determine a candidate to run against Mayor Dawn Zimmer or is he a potential candidate too?

MSV hasn't completed it's Part II for mayoral candidates although Freeholder Romano is not off the list.  He has advantages others don't, namely no big whooping negatives.  On the downside, he also lacks name recognition, so no big positives.

Some advantages he has that others don't: time.  He's a retired police captain and can campaign as he wishes.  Then there's the luxury of trading his county position for the mayor's seat, something Councilman Michael Russo covets.

Giving him one more advantage in a trade for Russo clan support.  Is this a possible scenario that could keep Ruben Ramos in his Assembly seat?

Well that would make almost everyone happy except for the lady with the checkbook.
But money doesn't buy loyalty and the Old Guard prefers its own over a turncoat.

Talking Ed Note:  Is there a better time to be prepared for a Masonic telephone poll?  Not really and maybe there will be a split bill for the effort between Beth Mason and Frank "Pupie" Raia who were spotted recently at the Malibu Diner along with James FinBoy Barracato of Weehawken who is tightly adhered to Mason's checkbook.  Get off FinBoy!

Keep your pen and paper handy by the phone or better yet some recording equipment.  MSV anticipates polling may commence shortly.
Posted by SmartyJones at Thursday, May 10, 2012
Sign of the Times - Mayoral wildcard?
2012-05-10T01:05:00-04:00
SmartyJones
Comments