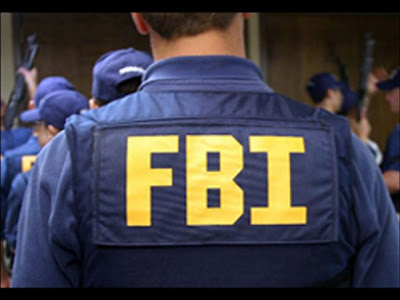 NEWARK, N.J. – Thirteen individuals, including one alleged member of the Genovese organized crime family and 12 members and associates of its LaScala Crew, were charged today in connection with an illegal, on-line gambling operation, U.S. Attorney Paul J. Fishman announced.

The defendants are charged with racketeering conspiracy in a Complaint unsealed this morning in conjunction with arrests in the case. Two defendants remain at large. A fourteenth defendant is charged with transmission of wagering information. The defendants are scheduled to make their initial appearances later today before U.S. Magistrate Judge Mark S. Falk in Newark federal court.

“The acts alleged in this criminal complaint show that traditional organized crime continues to pursue its bread and butter – illegal gambling, loan-sharking and cargo theft,” U.S. Attorney Fishman said. “The new wrinkle here is the use of off-shore sites and the Internet for processing bets. Law enforcement will use countermeasures that are just as sophisticated to bring these criminal enterprises to justice.”

“Today's arrests serve as a stark reminder that traditional organized crime continues to operate in New Jersey,” FBI Special Agent in Charge Ward said. “Bookmaking, loan-sharking, cargo thefts, and illegal gambling in social clubs are the staples by which organized crime funds further criminal activity. The use of Internet gambling and off shore locales demonstrates an evolution and increased sophistication, but the threat of force or violence to serve their purpose remains the same, as does the negative impact of organized crime on the citizens of this state.”

According to the Complaint unsealed this morning in Newark federal court:

The Genovese Crime Family of La Cosa Nostra operated out of smaller groups, sometimes referred to as “crews,” that operated in northern New Jersey and elsewhere. Each crew was headed by a “captain,” “capo,” or “skipper.” Each captain’s crew consisted of “soldiers” and “associates.” The captain was responsible for supervising the criminal activities of his crew and providing the crew with support and protection. In return, the captain often received a share of the crew’s earnings.

Joseph Lascala, 80, of Monroe, N.J., was a “capo” and a made member of the Genovese Crime Family, directing various criminal activities of a group of associates referred to in the Complaint as the “Lascala Crew.” These activities included the theft of goods and cargo, the receipt of stolen property in interstate commerce, extortion, illegal gambling, and the collection of unlawful debt.

Members and associates of the Lascala Crew and others, together with individuals that own and operate the website Beteagle.com (“Website”), used the Website to profit through the operation of an illegal gambling business that operated in northern New Jersey and elsewhere.

High-level associates of the Lascala Crew acted as “agents” of an illegal gambling business that was operated through the Website. Before the advent of computerized betting, these agents would be referred to as “bookmakers” or “bookies.” Through the use of a username and password, the agents accessed the Website and tracked the bets or wagers placed by their bettors. This “electronic portfolio” was referred to as the agent’s “package.” The agent also had the ability, through the Website, to create packages for sub-agents. Sub-agents, who also were members or associates of the Lascala Crew, operated under the agent, maintained their own bettors, had access to the Website related to their package, and were required to share their profits with the agent and ultimately, Lascala.

Bettors first received a username and password from the agent or sub-agent, which could be used to place bets. The bettor, however, did not use a credit card to either access the Website or to pay gambling losses or to receive gambling winnings. The bettor usually was assigned or chose a player name, such as “Shark,” “Colt,” or “Ace.” The agent or sub-agent also established a betting limit for each bettor. The bettor used his or her user name and password to place bets through the Website or over the telephone.
Read more »
Posted by SmartyJones at Tuesday, May 22, 2012
Feds in Newark announce 14 charged in varied RICO violations
2012-05-22T14:44:00-04:00
SmartyJones
Comments

Hoboken Fire Department members to be cited for valor

Mayor Dawn Zimmer is pleased to announce that at 5pm on Wednesday, May 23rd, members of the Hoboken Fire Department will be honored during a ceremony for the Fire Department Valor Awards. The ceremony will take place at City Council Chambers in City Hall, 94 Washington Street, and all members of the public are invited to attend. The Hoboken Volunteer Ambulance Corps will be honored for their service as well. 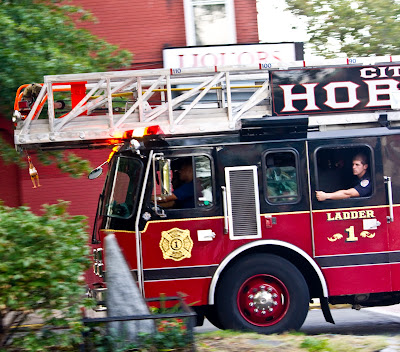 A Hoboken resident was recently hired then fired working for a lingerie store in Manhattan due to her to being too "hot."

In an economy where jobs are scarce, Lauren Odes took a job with Native Intimates only to find her attire at work an issue.  Finally, after being forced to wear a red bathrobe at work, she went shopping to find another outfit accommodating to the owners only to be contacted and told she was being terminated.

Talking Ed Note: Hopefully the publicity will aid Lauren Odes in finding a better employment opportunity. A similar case occurred with Citibank back in 2010. Debrahlee Lorenzana though refused to accept a settlement negotiated by Gloria Allred and was critical of her handling of the case after the cameras were gone. That story came out earlier today: