A Seinfeldish video staring Governor Chris Christie and Newark Mayor Cory Booker has gone viral.  It's a comic effort featuring both in the style of Jerry Seinfeld referencing his arch nemesis Newman.

Da Horsey has seen both in person, the Governor when he visited Hoboken to launch a toolkit to limit and rollback taxes and Mayor Booker at a technology conference in Newark.

Gov. Christie early in his term demonstrated his populist strength and on leaving Hoboken, his exit was akin to watching a rock star depart with a moving swarm of people and media.   After Cory Booker's speech we shared a few brief words afterwards.

Both men have tremendous ability to engage directly with the public but of course the Governor's performance handling New Jersey's deeply rooted financial problems with aplomb has seen him elevated to national prominence.

This video will see the popularity of both men lifted.

Both men do a great job here and serve the public well but in the end, We believe in Chris Christie.
He's done the heavy lifting in all of New Jersey, long overdue.

Hoboken Girl speaks out on behalf of Liberty Humane Society

Hoboken Girl, the local website describing herself as "just a brunette with straight hair, leather boots and a Louis Vuitton" with a love for our fair city came out setting the record straight on the Liberty Humane Society.

Hoboken Girl lends support to getting out the truth countering Hoboken411's Vermont Klaussen putting forward his usual pile of misinformation on anything close to a political vein in town.

While leather boots are optional, and Da Horsey sees no need for Louis Vuitton unless they start producing branded organic carrots, this personal story in support of Liberty Humane Society has strong merit: 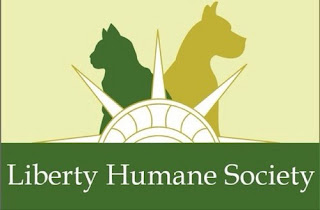 In Part II, of the FBI Data Theft Conspiracy Ring links to Hoboken411, MSV looks at a connection into a self-confessed target of the Feds previously deemed "The Hub."

This suspect confessed they were a target of the Feds and remarks about the FBI's interest in themselves, Councilman Michael Russo and Hoboken411.

This story is MSV Premium Content.  It's available for $2.99 via Paypal, no account is required and payment can be made via either debit or credit card in a one time purchase.