Mayor Zimmer on computer intrusion - accountability for the crime

Talking Ed Note: Nothing ambiguous here, no moral handwringing just a matter of fact statement on theft and misusing electronic information and accountability.

You think we will be hearing that in a release today from MORTE council members?

Yesterday Councilwoman Beth Mason issued another email blast about the City's efforts led by Councilwoman Jen Giattino to bring business to Hoboken in the 2014 Super Bowl.  More of the same inaccuracies with more fabrications added on.

Will there be a statement from Mason today saying everyone involved in such criminal matters should be held to account for their lawbreaking?

Will the Russo clan be holding a press conference somewhere today with News 12?
Posted by SmartyJones at Friday, May 25, 2012
Mayor Zimmer on computer intrusion - accountability for the crime
2012-05-25T10:38:00-04:00
SmartyJones
Comments

Official release from Newark on Mayor Roque and son's arrest


NEWARK, N.J. – The mayor of West New York, N.J., and his son were arrested today for allegedly hacking into an e-mail account and website associated with a movement to recall the mayor, U.S. Attorney Paul J. Fishman announced.

Felix Roque, 55, of Hudson County, and Joseph Roque, 22, of Passaic County, are charged by Complaint with gaining unauthorized access to computers in furtherance of causing damage to protected computers; causing damage to protected computers; and conspiracy to commit those crimes. Felix and Joseph Roque are scheduled to appear this afternoon before U.S. Magistrate Judge Mark S. Falk in Newark federal court.

“In this case, the elected leader of West New York and his son allegedly hacked into computers to intimidate constituents who were simply using the Internet to exercise their Constitutional rights to criticize the government,” U.S. Attorney Fishman said. “We will continue to investigate and prosecute those who illegally hack into computers and disable websites with the goal of suppressing the exercise of that right.”

This case illustrates two primary concerns of law enforcement, the violation of public trust and cyber intrusion,” FBI Special Agent in Charge Michael B. Ward said. “In this instance, an elected official conspired to hack into a website and email account. It's incredibly disappointing that resources have to be diverted from protecting the US against cyber intrusions targeting critical infrastructure, federally funded research and military technology, to address a public official intruding into computer systems to further a political agenda.”

According to the criminal Complaint unsealed today:
In early February 2012, a Hudson County resident and public official anonymously established and moderated an Internet website, www.recallroque.com, to post commentary and criticism of Mayor Felix Roque and his administration. On Feb. 6, 2012, Mayor Roque and his son, Joseph Roque, schemed to hack into and take down the website and to identify, intimidate and harass those who operated and were associated with the website.

U.S. Attorney Fishman credited special agents of the FBI under the direction of Special Agent in Charge Michael B. Ward in Newark with the investigation leading to the arrests.

The Government is represented by Assistant U.S. Attorneys Seth Kosto of the U.S. Attorney’s Office Computer Hacking and Intellectual Property Section of the Office’s Economic Crimes Unit and Barbara Llanes of the Special Prosecutions Division in Newark.

The charges and allegations contained in the Complaint are merely accusations, and the defendants are considered innocent unless and until proven guilty.
12-197
Posted by SmartyJones at Friday, May 25, 2012

Da Vinci Founding members: Our outreach to the community

As Founding Team Members of the proposed DaVinci Charter School of Hoboken (a free public school), we are writing to explain our mission and program, and to clarify some points raised by Dr. Toback's recent letter to the State Department of Education.

-       DaVinci will provide a valuable, effective, and desired additional public school choice for the children of Hoboken;
-       Families should be able to choose the educational approach and learning environment that they believe best fits their individual child;
-       Diversity of income and ethnicity in schools is both morally right and academically and socially best for all students; and
-       Project-based, science, technology, engineering, and math (S.T.E.M.) focused education is a great way for children to learn, be motivated, and prepare for 21st century jobs.

DaVinci’s mission is to develop students who love learning and thirst for knowledge; can effectively solve problems, analyze information, and think critically; and have the skills, knowledge, and habits to achieve their goals, both individually and as part of a community.  We aim to create a school that nurtures every child and adapts instruction to their individual learning needs, in a climate of academic rigor and excitement about learning.

We are dedicated to reaching and serving ALL families in Hoboken.  Our enrollment process will be through random lottery, as required by law, and we strive to make our applicant pool as diverse as possible.  We are organizing a series of outreach meetings throughout the city – anyone who is interested in working with us to set up a meeting is welcome to contact us at the email address below.

DaVinci offers a unique educational approach. “There is no doubt that S.T.E.M. programs are appealing for a variety of reasons,” as Superintendent Toback wrote in his letter.  One of those reasons is the national need to educate our students with S.T.E.M. concepts to remain competitive in the global marketplace.  The foundation of success in S.T.E.M. subjects begins at the elementary level, and DaVinci would be the only school option in Hoboken with a focus on (and additional class time for) S.T.E.M., supported by partnerships with Stevens Institute of Technology and the New York Hall of Science.

DaVinci's Project Based Learning approach engages and motivates students and helps them develop critical thinking and problem-solving skills, while also mastering basic skills and important content.  This model has been demonstrated to work particularly well with at-risk students, including both at-risk and special needs students.  Our S.T.E.M. and project-based components will be offered together with strong literacy, social studies, and arts instruction.

Families in Hoboken strongly desire more school choices.  Different children are motivated and learn best in different ways – and their parents are the best equipped to choose the learning environment that fits their child.  There is such a high demand for the existing charter schools in Hoboken that they are not a choice for most families – almost 90% of non-sibling applications for kindergarten this year were rejected in the lottery, and each charter school has hundreds of children on its waiting list.  Most of the private schools in Hoboken cost well over $14,000 a year, and most are religiously-affiliated.  These are also not true choices for most families.

We also would like to clear up a misunderstanding of law in the letter, which cites a law which caps charter school enrollment at a certain number or percentage of district enrollment.  This law states that it expired twelve years ago.

Finally, we would like to clarify some of the funding issues around charter schools like DaVinci.  Charter schools receive (and spend) much less per pupil than district schools.  The Hoboken district spends roughly $22,639 per pupil (according to the district’s projected 2012-13 budget.)  If DaVinci opens, the district would need to write a check for about $10,800 per pupil (estimate provided by the State DOE) – but the district would still receive state aid for the children who attend charter schools, as well as keeping a portion of locally raised funds – all without bearing the costs of educating the students.  Recognizing that part of that amount is made up of costs that don't easily change with the movement of a few children, the district would still retain a sizable amount for students who are not actually being educated in their schools.

More information on DaVinci’s curriculum, budget, our contact information, our application, and every other aspect of our school design can be found on our website:  davincicharter.wordpress.com.

The Founding Team Members and supporters believe that DaVinci can provide Hoboken families an excellent, cost-effective, public school of choice.  We welcome your questions and an ongoing dialogue.  We can be reached at davincicharterschool@gmail.com. 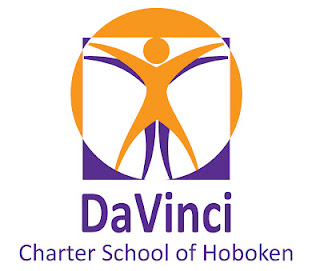