More of NJ's storied corruption at the Hoboken Historical Museum 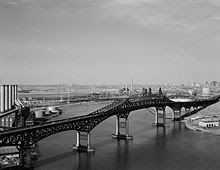 HOBOKEN -- Every resident of Hudson County knows the Pulaski Skyway. But how many know the Skyway was the scene of a bloody labor war? Or that the fighting led to a sensational murder trial? Or that legendary political boss Frank Hague was a key player in the construction of the Skyway and the first superhighway project in the nation?

Author and journalist Steven Hart will speak on these topics this Sunday, June 24, at 4 p.m. in the Hoboken Historical Museum, 1301 Hudson Street, as part of the museum's 85th anniversary of the opening of the Holland Tunnel and the 75th anniversary of the opening of the Lincoln Tunnel. Hart, a former Hudson County resident, is the author of "The Last Three Miles: Politics, Murder, and the Construction of America's First Superhighway" (The New Press), a critically acclaimed account of a little-known chapter of American history. "The Pulaski Skyway was the final link in the Route One Extension, which was built in response to the planned opening of the Holland Tunnel," Hart says.

"State officials understood that the streets of Jersey City and the roads across the Meadowlands would be unable to handle the millions of vehicles pouring out of the tunnel. The Route One project was meant to take that traffic across the Meadowlands as quickly as possible." Hart will explain why the Depression-era highway project touched off fighting so intense that local newspapers referred to it as "the war of the Meadows." He will also reveal the design flaws and political interference that made the Skyway into the dangerous rollercoaster ride dreaded by millions of commuters each day. And he will show how Frank Hague, Jersey City mayor and ruler of the most powerful political machine in America, played a central role in the story.

Copies of "The Last Three Miles" will be on sale in the museum gift shop, and Hart will be available to sign purchased copies. Hart's talk begins at 4 p.m. in the Hoboken Historical Museum. For more information, call the museum at (201) 656-2240.
Posted by SmartyJones at Thursday, June 21, 2012
More of NJ's storied corruption at the Hoboken Historical Museum
2012-06-21T18:00:00-04:00
SmartyJones
Comments

It's the day after and the rumbles from the Hoboken Housing Authority still echo with one Lincoln arriving on the scene: Greg Lincoln.  Even the mayor's twitter noting her pleasure with signing the ordinance beginning the effort on buying land for a park in the northwest has been overwhelmed by the echo of the HHA war zone.

Hoboken Patch posted its story focusing more on Tim Occhipinti's behavior in that battle.  It notes Occhiptinti's more than little petulant behavior; how he went over to Lincoln on the break demanding to know if he'd ever attended an HHA meeting and angrily conversed with Councilman David Mello, eyeball to eyeball.


Back when Tim Occhipinti was a candidate in the fourth ward special election, there were many things he hadn't done, attendance at an HHA meeting being one.  He also is known for not wanting to donate anything to the HHA's annual Thanksgiving dinner paid with private funds and was equally closed pocketed after fire victims saw multiple fundraisers in a series of unfortunate fires last winter.

At a Democratic Committee meeting earlier he also refused to offer any donation even after being told he could use a credit card to pledge a sum.

You don't say.  Others in reform have another name for him: traitor.  Then there's bludiamonds, the nutty fruit who calls him the bajobseeking bajobseeker.

To see Patch's story and share some love for the former reformer who is now a paid Old Guard shill:

Correction: The bile of by FormerReformer sounds similar to the usual prosbus screeds but the vengeful voice is said by others to reflect the angry BoE official no one wants on their slate this November. Bye bye Mo.

Councilman Michael Russo on housing politics past and present

Here's a short 30 second clip of Councilman Michael Russo last night speaking on politics at the Hoboken Housing Authority where he says he's never seen politics in the HHA:

Then there's this Michael Russo speaking on the Hoboken Housing Authority in a surveillance video with FBI informant Solomon Dwek a few years back.

The private Michael Russo has a somewhat different perspective on housing politics:

Unbeknownst to Michael Russo, he's sharing his view on housing politics with the FBI stating:

"I got a guy appointed to the Housing Authority... So I go to him... Let me explain to you how this works...I did for you, you do for me."

Thank goodness, Michael Russo didn't do anything wrong as he says and never will.
Nothing wrong here, move along...  Okay, stop laughing.
Posted by SmartyJones at Thursday, June 21, 2012
Councilman Michael Russo on housing politics past and present
2012-06-21T09:46:00-04:00
SmartyJones
Comments

City aggressively moves on parks for 3rd and 5th wards

The mayor's Administration delivered an ummistakeable message last night - it's deadly serious  acquiring open lots for parks.  In this instance, add to the open to do list the Pino's tow yard in the 3rd ward and the BASF owned site on west ninth street in the 5th ward.

Councilman Michael Russo led the fight against the ordinance putting the eminent domain tool on the table noting there's been no negotiations to this point.  The council majority countered with Councilwoman Carol Marsh calling on the city attorney for the matter, Ed Buzak to explain how negotiations would fit into the process.

Mr. Buzak noted negotiations were a required feature of the process.

As would be the case on the Southwest rehabilitation, MORTe combined to all vote no but the ordinance passed.  Just another of many 5-4 votes last night.

Another was the updated council rules.  Notable for both Mason and Occhipinti complaining they can't grandstand on claims among other items.  A telling remark contradicting accountability, Occhipinti and Mason both fear the public speaking early in the meeting.

They act like people care about their little gotcha games but don't want to hear from the public holding them accountable.

The update council rules passed 5-4 adding transparency to the City Council meetings and giving the public an opportunity to weigh in before midnight or later.  Instead, the public portion for comment is early, just after the second reading on ordiances.

This is not to the liking of the Old Guard, not at all. 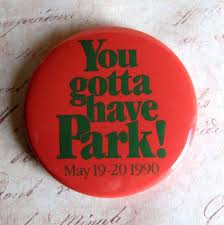 By the way, MSV forgot to note, former HHA commissione Marianne Camporeale has a lawyer.  It's not clear who the intended target is but Tim Occhipinti says it should be the mayor (encouraging another lawsuit against the City he will later complain about.)


Who's paying for that?

Talking Ed Note: Expect the negotiations with BASF to heat up.  This open site is a large six acre location and is prime for turning into another sports field on the west side of town. There's two very large issues: first remediation is a major job on the site and the second is the formulation for its value.

It's unclear and may be illuminated when the process on the site for a Southwest Park is clarified. Both sites are classed as for industrial use so the potential cost is lower.

It's a telling insight into the divide. Tim Occhipinti at one point began an unplanned speech in favor of pilots.  No one told him arguing on behalf of developers is best left when one of their projects is on the table, not as an offshoot to general philosophy for an area, in this case the Southwest.


It's officially summer but election heat is already upon Hoboken.  The Old Guard is making it clear nothing beneficial to Hoboken can occur on their watch.  They can't stomach any more progress for Hoboken, least people attribute the effort to the mayor and the council majority.


It's less than a year before a mayoral election and three at-large council seats.  The election is set for May 2013.


Hoboken is already getting hot.
Posted by SmartyJones at Thursday, June 21, 2012