The Boys of Summer: new bats and balls, in Hoboken "let's play two!"

The old Chicago Cubs Hall of Famer Ernie Banks is famous for saying, "It's a great day for a ball game; let's play two!"  Well for the Boys of Summer in Newark, the games are getting longer and a daytime double header looks more like a long twilight double header when Hoboken is in the mix.

This story is MSV Premium.  To subscribe by email and support this website
please make a $75 payment here:

Did Beth Mason's Weehawken fish screw the pooch on the FBI? 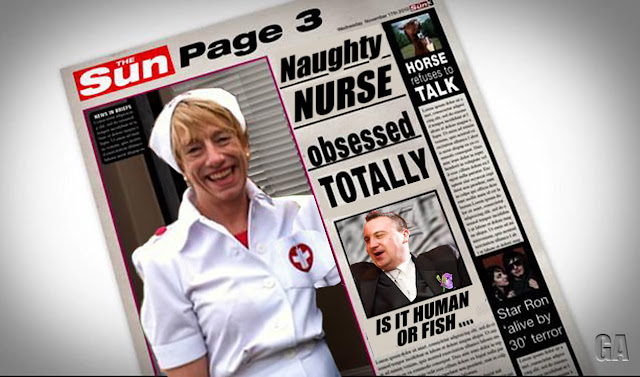 It's not even grist worthy as in MSV's Grist for the Mill column but there's been a rumor flying around that the weekend fishwrap FBI story wasn't the one a Mason Civic League board member had in mind.

Said fish, a wannabe shark from Weehawken is rumored to have commissioned his latest masterpiece, this one planting a story on the Boys of Summer in Hoboken would be a swell idea.

The US Attorney's Office responded to the inquiry on their Hoboken investigation by saying, 'What that investigation?  Yes, that's quite the ongoing investigation.'

Only problem is the answer came back different than what his counte$$ wanted.

Oops!  No good bill of health for Nurse Ratchet!

Talking Ed Note:  Hey Beth, did you scrub your computer at 921 Hudson Street yet of any emails "mistakenly" sent to you from your charitable Mason Civic League employees looted out of the mayor's office?

Well I'm sure you can deny culpability and say you never use that computer and it's only there for the help.

We all know you had nothing to do with it.  It was the help's doing and you are perfectly clean but if you need to hire some new political operatives for the Mason Civic League well what can you do?

Hoboken's least favorite nurse doesn't like to get her hands dirty or answer questions.  Remember this inquiry in City Council from last summer?  Da Horsey sure does:

(Notice Councilwoman Terry Castellano who finds this absolutely hilarious until she doesn't.)


In the famous words of Beth Mason...

"unless there's proof I'm going to say I've NOT seen those emails and maybe Mr. Brice should release the emails between you and the mayor's political aides that I asked so we can really see what has been a coordinated effort as a smear campaign..."

As an aside, MSV has no problem releasing its limited emails to City Hall but would note like many others we're on the receiving end of the vast majority.  Da Horsey will not release a single one until the Boys of Summer give us the green light.

At the same City Council meeting, a rather morose Councilman Michael Russo declined to answer whether he had seen any of the emails.  Way to go Mikie, listen to the suits!

There was this national case where a man was convicted and sent to jail for breaking into then VP candidate Sarah Palin's email.

Hoboken IT Manager Patrick Ricciardi is facing multiple five year counts for his systematic ransacking of all the communications in and out of the mayor's office for more than a year.  He shouldn't feel lonely when the wheels of justice reach their destination.
Posted by SmartyJones at Wednesday, June 27, 2012
Did Beth Mason's Weehawken fish screw the pooch on the FBI?
2012-06-27T09:20:00-04:00
SmartyJones
Comments