What price independence? And liberty? 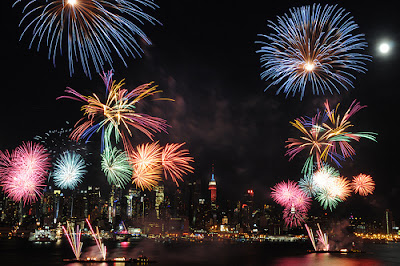 The nation celebrates its birthday and if one looks back 236 years ago, the circumstances of its birth are worth more than a minute of reflection.

The signers of the Declaration of Independence did so under duress.  It was considered an act of treason against King George and the penalty was death.  Representatives however from 12 of the 13 colonies voted on this day to go ahead and approve a document declaring a tyranny of dependence on England null and void.

They choose to void security and many of the signers were very highly educated and secure in their standing.  In the face of certain death at the hands of the British crown Benjamin Franklin quipped, "Yes, we must indeed all hang together, or most assuredly we shall all hang separately."

For men of standing, who held respect and esteem in American society this was no trifling matter as together they agreed, "We mutually pledge to each other our lives, our fortunes and our sacred honor."

It was this basis leading to the creation of a Bill of Rights and the US Constitution, the preamble:

We the People of the United States, in Order to form a more perfect Union, establish Justice, insure domestic Tranquility, provide for the common defence, promote the general Welfare, and secure the Blessings of Liberty to ourselves and our Posterity, do ordain and establish this Constitution for the United States of America.

Some background on the signers after they affirmed the declaration:

Nearly all the signers, in either a civil or a military role, became involved in the prosecution of the war. Over a fourth of them—seventeen—saw military service, and twelve of these were actively in the field during the Revolution. Four of them were taken prisoner. A civilian signer, Richard Stockton of New Jersey, father-in-law of Dr. Rush, who served as Surgeon General, was, however, the first to be captured.


Late in September, 1776, scarcely seven weeks after he had signed the Declaration, Stockton was appointed by the Congress to visit the northern army at Saratoga, where he found the colonials marching with neither shoes nor leggings. Before he got home to Princeton, the British had invaded New Jersey and his handsome estate, Morven, was sacked. In December, he succeeded in getting his family installed in the house of friends in Monmouth County; but some Loyalists informed the enemy of his presence there, and he was captured and taken off to a British prison, first in Perth Amboy and later in New York City. Cold, poorly fed, and badly treated, he was kept jailed until the Congress eventually succeeded in arranging his exchange.


Stockton was one of those who gave both his life and his fortune to back the instrument that he had signed: his health permanently broken by the ordeal of imprisonment and his fortune virtually wiped out, he died, at fifty, before the war was over.

Not one signer defected even though many lost their homes, health and family during the fight for independence.

For the complete story:
http://www.americanheritage.com/content/we-mutually-pledge-each-other-our-lives-our-fortunes-and-our-sacred-honor

To read the full Declaration of Independence, please see the jump: