Matt Calicchio the 4th ward committeeman and admitted employee of Beth Mason's Civic League is reportedly a party to a harassment incident in the St. Louis Airport Sunday night.

Police were reportedly called to the scene where a popular wrestler, CM Punk was arriving in town for a wrestling show.  According to one wrestling site news report, the incident took place after an autograph request of one fan, reportedly Matt Calicchio who is in St. Louis for the wrestling event:

But this led to another fan yeling at Punk and causing a scene at the airport. This wound up with Punk throwing the man's autograph book in a garbage can. The next thing you know, airport police are there with Punk and the guy, with Punk very annoyed at having his time wasted. Other WWE wrestlers were asking fans if they knew "the fat guy" (the guy whose book Punk threw in the garbage can). Punk later went on twitter and made a mention of "unacceptable behavior" and "One person ruins it for everyone" saying he wanted to thank all the respectful fans at the airport tonight and how he just doesn't like rude people.

Gee, does yelling at people in public sound like anyone from Hoboken?

Wrestling websites are abuzz over the incident and the wrestler CM Punk tweeted about the incident involving an obnoxious, harassing fan deeming it, "unacceptable behavior," and adding in another tweet, "One person ruins it for everybody.  Sorry y'all."

Calicchio responded to the uproar from the incident on Facebook saying, "I must be really important to have so many people talking about me, the more they talk the more they boost my ego.  The chip on my shoulder is getting huge!"

A self-described eyewitness in the airport to the incident wrote:

First things first, I was there with the guy that was rude to Punk. His name is Matt. (CM) Punk walked out of the terminal, stopped and signed for me(I will gladly post a photo I took with him before the incident occured when I get home from St. Louis. Matt hates Punk's guts and purposely asked him to piss him off (they've had altercations before). Punk ignored him, so Matt called him a "f*cking d*ck." Punk kept walking, so Matt said things like "I hope Cena breaks your neck Monday night." After repeating this several times Punk sat down to wait for his luggage. Matt started taking pictures of him, so Punk took his bookbag and threw it in the garbage. Then the police got involved and you know the rest. Also, just to make it clear, the fans that were yelling at Punk were actually me and my mom, who were trying to get Matt to stop following him.

Another eyewitness, popular wrestler Ricardo Rodriguez tweeted of the incident:

Matt Calicchio was not available for comment on this story while away in St. Louis.  He is free to comment on the story as anyone.

Talking Ed Note: It's good to see the ambassadorship of the Mason Civic League continues apace. Great job Beth!  Maybe a raise is in order.

Well this is yet another opportunity for Beth Mason.  Maybe she'll go out and get another lawyer to take the wrestler to court and turn Matt Calicchio from victimizer to victim.  If you roll with Team Mason, you're always the victim.

One wrestling fan commented on another site more than one wrestler has threatened to take out restraining orders against Matt Callichio.

More comments on wrestling sites here and and a woman who tweets about yet more harassment.
Other than this, it's all good at the Mason Civic League HQ on upper Hudson Street.
Posted by SmartyJones at Monday, July 23, 2012
Beth Mason paid operative Matt Calicchio in harassment incident in St. Louis airport with celebrity wrestler CM Punk
2012-07-23T16:56:00-04:00
SmartyJones
Comments

The man who would be Hoboken mayor

Frank "Pupie" Raia is consolidating forces for a big run for the mayor's chair next spring.

Some decades ago, of the old tales revolving around Hoboken is one about a boy and his friend playing on its asphalt hardtop back in the day during the lean, hard times.  The friend's mom reportedly said of her boy's pal, "One day you will be mayor of Hoboken." 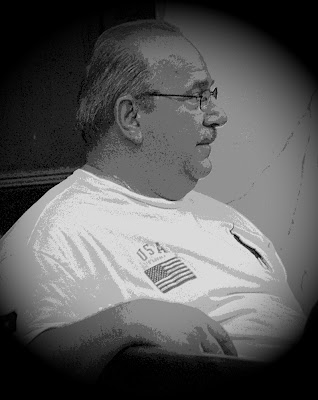 The dream has lived ever since and been repeated and ingrained as often as the story.  In November 2009, Hoboken developer and philanthropist Frank "Pupie" Raia ran a strong, positive campaign but the results were a distant finish to Mayor Dawn Zimmer in a crowded field.


Raia dueled it out with Councilwoman Beth Mason for second place and now is enlisting her or rather an unknown but sizable amount of her family's money toward a Pupie for Mayor campaign next spring.  The City Council passed an anti-wheeling ordinance barely moments after Mason was bounced as Chair - one she fought viciously and declared unconstitutional along with Tim Occhipinti but people expect she'll find a way to route the money where it needs to go.

Accordingly, independent sources say a Raia campaign is predicting a bankroll in the seven figure range!


Raia self-funded his 2009 campaign to the tune of 200K but is now reportedly whispering to allies about more than doubling it in a bid to wrench the mayor's chair from a popular, professional and honest mayor who has lived up to her promises cutting taxes, reducing spending significantly and saving the hospital along the way.


In addition, fueling the Raia campaign greenbacks is a vote-by-mail plan dallied about well into four digits.  (Apparently no paper ballots will be leftover for a mayoral bid by Tim Occhipinti which is a travesty and a Cryan shame.)


Al Sullivan said in the weekend paper there's concern the Old Guard needs to rally behind one candidate and "money people" may not step up to the plate if it fails to materialize.  But Raia doesn't need their money, especially if the Wheeling Queen of Transparency is on board for six figures several times over as is suggested.


Sullivan also notes concern about combining a solidified Old Hoboken vote and Hoboken professionals, the latter being spliced off in the form of low information voters or others who were easily fooled by the Cammarano sell.  Can Raia pull votes from both camps?  That's the $1,000,000 question.


In these challenging times, development hasn't been booming in Hoboken but the reasons aren't entirely economic.  From new honest leadership in the Hoboken Construction Office to the Zoning Board to the Mayor's Office, the developments on tap aren't green-lighted rapid fire like they used to be.


Among those who are not pleased with this red tape is rumored to be one Frank Raia joining a longer list that includes the Rockefeller Group (who commissioned the recent telephone poll), URSA Taragon and of course NJ Transit.


In short, while Mayor Zimmer hasn't been an obstacle to all development, from the developer perspective she's bad for business.  Very bad, as in get her the heck out of there bad so we can make money hand over fist again.  They see lovely 40 story towers in Hoboken's future.

The talk of spending seven figures or more has to be taken seriously. The mayor's grass roots support is going to be tested in facing an onslaught of this kind of money focused behind one candidate.

There's also talk of gambling money moving in from down the road at the Meadowlands. If gaming is coming that close you can be sure it will also find a way to the sponsor in the form of Assemblyman Ruben Ramos. Ramos has been first out of the gate to begin searching for a winning hand to the mayor's seat and he's not going anywhere. If Meadowlands gambling starts gaining traction, so will Ramos. He'd like to have the Russo's on board but they are said to be behind Raia, at least for now.

The Russo clan sees the best outcome as one of their own on the wheel (and the money). Not very likely to happen as Councilwoman Terry Castellano who has mulled over the idea isn't likely to do so and Councilman Michael Russo is tarnished with an FBI surveillance tape showing everyone what he is.

Frank Raia is consolidating the Old Guard for a big mayoral campaign effort. He has the Mason Treasury on board. He brings a big money roll to the battle too.


Talking Ed Note: After the summer when the air clears or the rubble settles or begins to settle, the consolidation will be clearer. Frank "Pupie" Raia is in an advanced stage of mobilization and this is his last and best shot to take aim for the lifetime prize.

Grafix Avenger has returned from vacation and mulls over the House of Cards that is the Mason Civic League and Mason Family Civic League, its innumerable employment of political operatives and details why it is a problem not going away. Let the IRS decide!