As an update in the June harassment trial in Union City Municipal Court involving a 4th ward committeeman in the employ of Councilwoman Beth Mason and a BoE official, the full transcript should be completed by the end of next week.

The Union City court has processed the payment raised from the Hoboken community.  No OPRA or additional paperwork was required.

In the case Judge Sixto Macias along with the prosecutor expressed great misgivings about the testimony of two Mason Civic League employees.  (That's an understatement.)  The Hudson Reporter referenced the court saying no perjury charges would be filed against the two even with both expressing exasperation with the lying on the stand by Mason's employees.

Councilwoman Beth Mason hasn't commented on the case although as MSV understands it, she bankrolled the legal defense over months including the actual trial that took place more than eight months after the original complaint was filed.

The BoE official sought a commitment she and her five year old daughter be left alone and not accosted at her school and on the street.  It was a request Councilwoman Beth Mason made sure to fight to the bitter end. 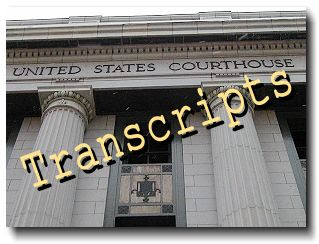 Talking Ed Note:  Why is it that the local media here allows Beth Mason to hide out for a couple of days and never follows up to ask questions on this or anything for that matter?