The Bard of Hoboken on Nurse Ratchett, Gumby and a psychotic break 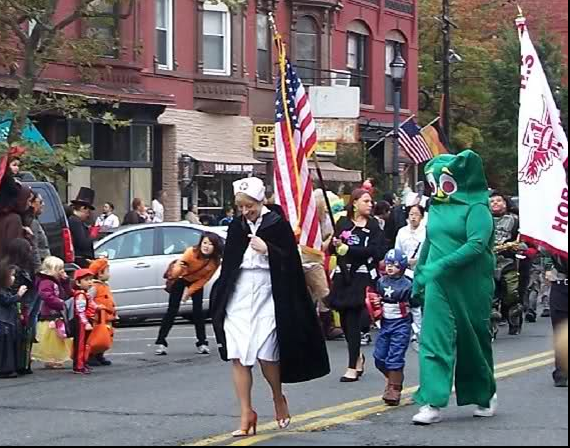 Remember when Matt dressed as Gumby for Halloween?
Followed by Beth as nurse Ratchett the hospital killing queen,
Next thing you know Matt has all this traveling green,
and purportedly made sexual advances on a girl just 14.

Now we all know Matt is totally obsessed with the WWE,
and if he thinks its real it is not a crime as far as I can see,
But the stories of his multiple harassments bring his victims no glee,
Whats next- will he offer to pay a chick $100 to watch him pee?

Paterno is to Sundusky,
as Mason is to Matt,
and one victim CM Punk,
had enough of all of that.

With the Masons as his enablers,
they are now hiding out,
Instead they attack Ravi,
but they no longer have clout.

Buying out the Hudson Distorter,
Beth Mason tries to control the media,
but the only publicity she deserves,
is to be listed on Dickipedia. 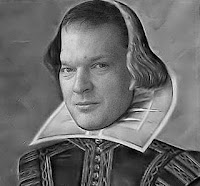 As you all know, the NW part of Hoboken is experiencing a tremendous amount of construction activity with major projects like 14th and Willow and the 14th Street viaduct reconstruction.

While generally the contractors are recognizing their need to be respectful of the surrounding community, it doesn't come without having a watchful eye, and continuously reminding them of their obligation - especially to the law, like the City's noise ordinance and vehicular traffic laws - and pedestrian safety.  It is a real challenge daily.

At our most recent community meeting at Carpe Diem a couple of weeks ago, an update to the 14th Street viaduct reconstruction revealed that this roadway will close during the day to provide for the contractor to lay in place very large pieces of steel.  At one point, the county had informed us that they were considering late night activity to bring these large pieces of steel into the work area.  When I learned of this action, I immediately advocated against it.  Many thanks to Mayor Zimmer and the County Executive DeGuise to curtail the proposed actions of the contractor.

But we cannot stop the progress to actually get this job done, and there will be inconveniences to everyone leaving the north end of Hoboken starting mid August.  Please see press release below.

Please review this material closely and plan accordingly.  And as always, please let me know if you have any questions or concerns.  We will have another planned community meeting in September, and Fields Construction has agreed to be there as well to represent their projects in the area.  Thanks and continue to enjoy your summer!

On or about August 13, 2012 and lasting for approximately 10 weeks, traffic on the 14th Street Viaduct will be closed in the west-bound direction from 9am to 3pm. East-bound traffic will remain open.

The contract for construction of the viaduct called for the complete closure of the viaduct at night to install 50 beams that average 120 feet long. This work is not noise-free, but was expected to be done at night in August and September to reduce daytime traffic delays.

After further consideration, the contractor indicated that they can leave one lane open on the viaduct if they were permitted to work during the day. The hours of lane closure would be from 9am to 3pm to avoid peak period traffic. Traffic congestion is still expected, but the benefit of the daytime detour is to not disturb area residents at night from the noise. Mayor Zimmer is thankful to Hudson County for working to find an alternative to nighttime construction.