Word of the petitons for November municipal elections 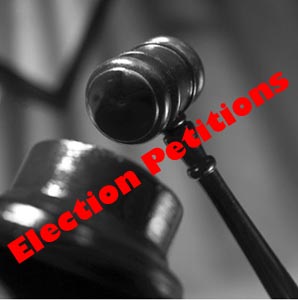 Just heard folks are going to be out and about for November election petitions:

The downtown PATH/Ferry 6-8PM on Thursday, and at the Uptown Farmer's market 3pm-7pm.

One of the intriguing aspects, one among many of the Union City Municipal Court trial involving two Beth Mason employees is the interchangeable use of the name of the employer: the Mason Civic League and/or Mason Family Civic League.

It's a key aspect rivaling the false testimony the judge would slam from both Mason Civic League employees.

At the June trial, both Tania Garcia and Matt Calicchio reference their employer but it's evasive or intentionally deceitful how they do so - with Garcia being quite unclear and Calicchio attempting to color his employment for the "gallery."

Judge Sixto Macias did not buy any of it.  He called both of their employment "political jobs" even though they are being paid from a taxpayer supported "charity."
Here's the segments related to the discussion on the Mason Civic League's name.
Prosecutor Coviello questions Tania Garcia who is appearing on behalf of the defendant, her Mason Civic League co-worker Matt Calicchio:


Q = Questioner re: Prosecutor A = Answer by Tania Garcia

Talking Ed Note: Tania Garcia, her son's uncle being BoE Trustee Carmelo Garcia and an employee of Beth Mason claims not to know the political camps of the respective officials.  Credible?

Then Matt Calicchio's lawyer Elise DiNardo, paid for by Beth Mason over months questions the witness:

Q    What do you do for the civic league?
A    Just secretarial work.

DiNardo then questions Matt Calicchio about his work for the Mason Civic League:

Q    And how long have you been employed by the Mason Family Civic?
A    Since June of last year.

Talking Ed Note: Notice the lengths to which the avoidance of any connection to the political aspects of working for Beth Mason and the attempt to solely emphasize a gallery - a gallery that is hardly open to the public.

Exactly how many hours a week can you hang up the same pictures for no one to see?

In Elise DiNardo's closing remarks, she addresses the nature of the political aspect of the case but she doesn't address it in terms of political jobs.  Instead she makes an accusation against the BoE official, that her complaint against Matt Calicchio is political in motivation.

MS. DI NARDO:  Judge, I would essentially renew my argument from earlier with regard to the
allegations that the State has failed to prove beyond a reasonable doubt that my client harassed Ms. Minutillo on October the 18th of 2011 outside of Wallace School.

As your Honor has already stated, you're very much well aware that this is a political case, that there's some political motivation here... Clearly this complaint was filed strictly for political purposes.

The judge's remarks would flatly dispute that contention:

Like most every political case the core is worse than the incident.  I -- I am really taken aback by -- by the testimony of Ms. -- Ms. Garcia.  It's completely incredible.  I do not believe one word of what she told me.  I -- I -- I believe that if instead of reading the blogs, I think if you're going to bring somebody to court to testify on your behalf you should at least get your stories together. 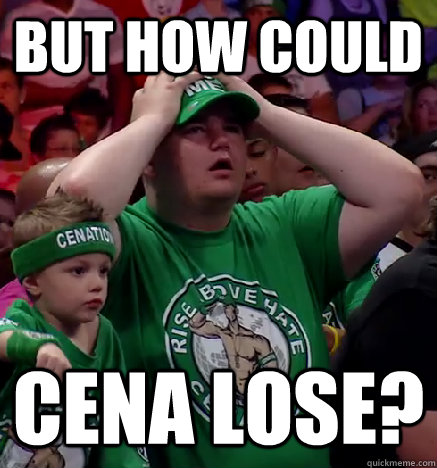 Talking Ed Note: In other words if you are going to blatantly lie and perjure yourselves, at least make sure your lies add up.

I think that -- I -- I believe that beyond a reasonable doubt.  I -- I also believe that the whole testimony of Ms. -- Ms. Garcia and Mr. Calicchio -- Calicchio were fabricated.  It -- it is unreasonable to believe that two individuals can take off from work anytime they want to pick up a child.  Two people.  At a serious political job, and I understand this is Hudson County.  But that's beyond what I'd -- what I think political jobs are.

Anytime they wish to make -- that she could walk into that job any time she wanted to according to her testimony.  Afternoons, mornings.  And -- and really evasive.  The defendant was asked, you know, what did he do for -- at his job.  He said I work for Gallery 400 (sic) - Gallery1200...

The judge adds in his closing:

Now as to the allegations or the situation that -- that -- that it was politically motivated for this complainant to file a complaint against this defendant is completely garbage.  He's not a candidate (for the BoE election)He is nobody in the political system of Hoboken.  He might think he is.  He's being used in exchange for a job...

And the judge closes...

You're just a fool that's been used by -- by -- by whoever (Beth Mason).  And what I find really, really, really, really disturbing is that people lied in that, you know, after swearing that they would tell the truth.  People lied.  Openly lied, which is -- which is worse than -- than a harassment charge, you know.

I would have -- I would have taken a charge of harassment better than somebody calling me a liar....

Talking Ed Note: The judge felt committing perjury under oath was worse than the original harassment charge but the Mason Civic employees apparently thought differently and perhaps so did their boss who underwrote the eight month legal case where a BoE trustee only wanted an agreement she and her child would be left alone.

What's clear in the testimony is the attempt to hide the political nature of the work under the Mason Civic League.  The judge's assessment has significance for both the IRS and other Federal agencies who would have an investigative interest in investigating the possible criminality of using a charity for political work.

Beth Mason has some 'splain to do.