A year ago last June, Councilwoman Beth Mason made several very odd remarks surrounding her participation in her communications with the FBI.

Councilwoman Carol Marsh apparently surprised by her comments asked if she would make it public.  The controversial comments were made as part of Mason's criticism against the State DCA's refusal to approve the error riddled budget she submitted in her brief reign as council chair.

The State declined to make the approval citing numerous clearcut financial errors forcing the Hoboken City Council to make the corrections in July when lame duck Councilman Nino Giacchi would be replaced by Councilwoman Jen Giattino.

More curious than the obvious intent to leave the City of Hoboken helpless to any extraordinary expense whatsoever was a statement Councilwoman Beth Mason made defending her criticism of the DCA.

Beth Mason claimed she would make public the correspondence between her and the DCA and also the FBI who she repeatedly claimed was willing to agree with her request to make thousands of emails public under investigation.

So why hasn't Councilwoman Mason made public her FBI correspondence?


She said she would "absolutely" do so.

Talking Ed Note: Like so many questions surrounding Beth Mason and her charity with political people on the payroll, in regards to the Mason Civic League, the pile grows ever higher.

Outstanding questions on her role in the Data Theft Conspiracy at City Hall are outstanding even with her confession to MSV July 1st of last year.

When asked outside City Council chambers at the conclusion of the meeting if she had seen any of the emails under FBI investigation, Beth Mason replied: 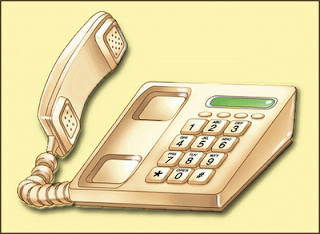 Update: Sunday some readers are noting a new telephone poll is going on around town.  If folks would be alert and write down the questions, could be interesting to see how the Old Guard is positioning their candidates.


It sounds like Frank "Pupie" Raia, Assemblyman Ruben Ramos, Councilwoman Terry Castellano and Freeholder Anthony "Stick" Romano are being tested as part of an internal argument on who would make the best candidate.

Among the group the strongest self-financer would clearly be Frank Raia following in a distant second would be Terry Castellano.
Posted by SmartyJones at Saturday, August 04, 2012
Whatever happened to Beth Mason's confessed FBI correspondence?
2012-08-04T15:48:00-04:00
SmartyJones
Comments