The rumor of yesterday's downtown party did in fact take place but this is a true grist for the mill rumor update, not just an earwitness rumor report.

As it turns out, it's Michael Schaffer who was man of the hour.  The party was a collection of his Old Guard pals including the one and only Al Arezzo welcoming him back.

Sorry Al, but MSV still doesn't see you coming back.

We'll see if there's some additional details of interest to this story.

Michael Schaffer the former Second Ward City Councilman and North Hudson Sewerage commissioner has been released from federal prison based on information from the Federal Bureau of Prisons website and eyewitness accounts in Hoboken.

According to the Federal Bureau of Prisons website, Schaffer was released June 27th.

Schaffer, 61 and a resident of Maxwell Place served more than a year of a 18 month sentence for his role in acting as the bagman for Peter Cammarano's mayoral campaign in 2009 where he netted $25,000 in multiple exchanges with FBI informant Solomon Dwek.

Schaffer took three contributions totaling $15,000 for then mayoral candidate Peter Cammarano and then another $10,000 after he took took office depositing the money into his account before laundering it into the Cammarano for Mayor campaign.

It appears Schaffer saw about a three month reduction in his 18 month sentence. His reduction likely came within the statute for good time credit after fulfilling the first full year of his sentence.  The sentence of Peter Cammarano was more suspiciously reduced as noted in this Grafix Avenger story.

From an August 2009 Hoboken Now story:


Schaffer served as a Second Ward Councilman from 1991 to 1995. He later founded the Hoboken First political group, which Hoboken's building inspector Al Arezzo and former Director of Environmental Services Jim Ronga are associated with.
Hoboken First put a slate of Vinny Addeo, Dominic Lisa, Anthony Mussara and John Corea in the 2003 Hoboken ward elections. All four candidates lost. Lisa has sat on the Hoboken Zoning Board since Mayor Anthony Russo's administration and Corea is the Parking Authority Director.
Schaffer continues to run Hoboken First as a non-profit, he said. He organized an Easter Egg hunt in the Second Ward this year and holds a senior citizens' Christmas party.
When Cammarano ran for mayor, Schaffer was an early-on supporter. (The criminal complaint refers to him as a "close associate" of Cammarano's.) He held a lavish fundraiser for Cammarano at the W Hoboken.
Schaffer, along with Assemblyman Ruben Ramos, Mike Novak, Josh Hodes (son of powerful New Jersey lobbyist Harold Hodes, who served as an advisor to Sen. Hillary Clinton's presidential campaign) and Joseph Branco (he owns Bar None and Scotland Yard), organized the affair, where tickets ran as high as $5,000 to attend.
According to ELEC filings, Schaffer contributed $7,500 to Cammarano's campaign, as well as $2,500 in food and drinks to the fundraiser.

Talking Ed Note: John Corea the former parking authority director is currently serving a seven year state prison term for his role in the looting of more than a million dollars worth of quarters from parking meters.  His successor, Director Ian Sacs has introduced a new system creating additional parking and earning the town another million in anticipated annual revenues while making it more difficult to conduct such theft in the future.
The original FBI government complaint against Schaffer is available here:
http://blog.nj.com/ledgerupdates_impact/2009/07/Mayor-Cammarano-Schaffer.pdf
Photo courtesy the Jersey Journal
Posted by SmartyJones at Wednesday, August 08, 2012
The Old Guard welcome back Michael Schaffer
2012-08-08T15:30:00-04:00
SmartyJones
Comments

Grist for the Mill: Al Arezzo's Back! 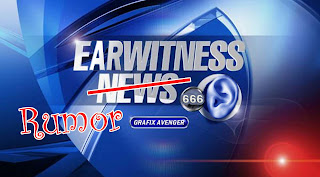 File this one as back from the dead but not in the way some expect.  Al Arezzo the former Construction Office official who's reign of terror caused much gnashing of teeth in Hoboken returned to town yesterday.

He did not return to the Construction Office Monday.

Instead, a tipster says Al and his construction office cronies had a midday party at the Knights of Columbus on lower Adams Street.  The party was in his honor and no doubt the excitement set off another round of "Al is coming back next week" rumors we've been hearing since last fall.

Only that would not be true and there's no interest here in giving hope to the Old Guard who cherish such a thought.

As this story doesn't have enough confirmation to even make the grist, we're going to put it in the Earwitness Rumor Grafix Avenger file.  We relished the thought of attending just to hear Al's infamous foul mouth but conflicts didn't permit making Al's Monday midday celebration.

MSV is sticking to its earlier stories Al ain't ever coming back.

Update: A commenter who may be a pal of Al's says he's in fact coming back.
In addition, the commenter says Al will be contacting MSV.  We're excited with this development.

But we still don't think Al's coming back.

The weekend paper decided to review some of the foes lining up to take on an expected run against Mayor Dawn Zimmer.  There's no shortage of bravado among the Old Guard, but coherency, that's another matter.

Everyone needs a little help now and then and perhaps some external forces will offer aid.

The objective for the Old Guard is to identify a candidate after Labor Day but there's a monkey wrench in that plan with petitions on the street to have Hoboken voters decide if November next year and thereafter is the will of the people for municipal elections.

So far the dog days of August have made the work a humid slog but Da Horsey ran into several in our random travels this past weekend and one last night.  The question uptown was, is it true, has Franz Paetzold gotten on board to "Let the People Decide?"

The Old Guard has been very silent about the petitions and except for some adherents complaints about higher turnout (no joke) and the one time extension of the mayor and at-large council seats, they appear at a loss what to say, let alone do.

Vijay Chaudhuri reported that every person who contacted him has been successfully signed up.  Vijay said he enjoyed going around town and meeting the MSV fans.  He invited people to go ahead and contact him for another round of petition signing and email your number at vijay.chaudhur@gmail.com

Okay the game clock is almost up.  It's 4th and 22, who is going to throw a hail mary and try to salvage something for a Beth Mason paycheck?

Got a juicy carrot for Da Horsey?  Send it to smartyjones@me.com.  Can't guarantee it will make the grist but if you were in the room and have to get it off your chest, you can do it here confidentially and no one will know.
Posted by SmartyJones at Wednesday, August 08, 2012
Grist for the Mill: Al Arezzo's Back!
2012-08-08T05:30:00-04:00
SmartyJones
Comments