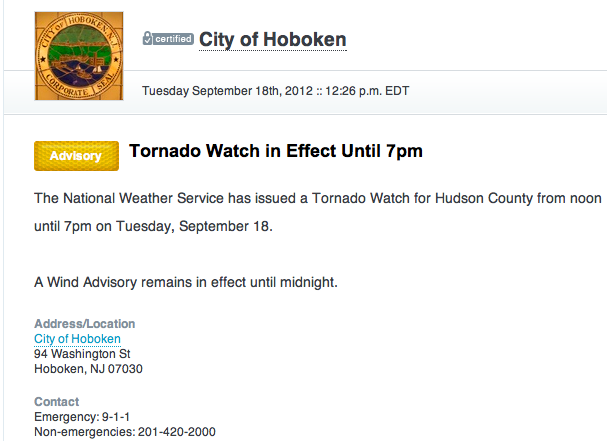 Posted by SmartyJones at Tuesday, September 18, 2012

Is Michael Russo a FBI Snitch or just misunderstood?

Yesterday's story created quite a stir generating dozens of comments with the surprising revelation of the incomplete information on the Russo for Hoboken campaign.  The evidence of that information came to light after correspondence between Mayor Zimmer and the Old Guard City Council found its way over weeks into the Hudson Reporter letter section.

The correspondence initially shared privately escalated when MORTe (beth Mason, tim Occhipinti, michael Russo and TErry castellano) opted to use the letter as a political tool attacking the mayor.  They sent the letter to the Hudson Reporter and Hoboken411, both reliable pro-Old Guard outlets.

The action backfired when the mayor crafted her rejoinder sending a letter for publication to the Hudson Reporter as well.  A two week delay for "modifications" eventually saw that response published last weekend.

The gap in the transactions of the Russo for Hoboken account, specifically the deposits spans the same period in 2009 when FBI informant Solomon Dwek splashed federal cash all over New Jersey snaring dozens politicians and their numerous political operatives in the biggest corruption sting in state history.

MSV attempted to contact the Russo for Hoboken treasurer to ask questions about those deposits but came up empty.  The phone number did not go to the treasurer but were directed to Michael Russo.

Who was the Russo for Hoboken campaign treasurer?  None other than 2012 Move Forward campaign manager for the Raia backed BoE slate and son of Councilwoman Terry Castellano, John Castellano.


NJ ELEC is undertaking an investigation into the Russo for Hoboken missing campaign reports.  Those investigations typically run more than a year so it's uncertain when any conclusive information may be available, if any, on the deposits into the account.

Councilman Michael Russo has not responded to MSV's voicemail and has not voiced to this point we know any interest in sharing the complete bank transactions of the Russo for Hoboken campaign.  He's offered to show expenditures via cancelled checks to the Hudson Reporter.

The Hudson Reporter completely missed the story and the importance of the Russo for Hoboken campaign's deposits covering the timeline when FBI informant Solomon Dwek was active.  Dwek would attempt to snare multiple Hoboken elected officials.  He had a third party believed to be Denis Jaslow phone the home of then Councilwoman Dawn Zimmer.  A request for a meeting was rebuffed.

Until the missing Russo for Hoboken campaign's campaign information came to light, the party line was Michael Russo had not "returned" for the money when he agreed to a $5,000 bribe to move forward (pardon the pun) Dwek's phony development project in Hoboken.

In the seminal book, "the Jersey Sting" on the NJ corruption scandal called Operation Bid Rig III, Dwek reportedly asks what happened to Michael Russo after their lunch meeting.

Not everyone believed it.


Talking Ed Note:  Of all the comments yesterday, this one captured our attention.  We don't know who the commenter is and even if we did, we wouldn't say.

(MSV's commenting system does not require registration and we maintain no systematic collection so we have no data and none to give.)

here's how it went down. russo took the money instead of busting him the fbi flipped him, didn't think he was important enough and had more value as a source. but over the years russo fed them dead ends and garbage. then ricciardi got nailed in 2011 and the russo double-cross was discovered.. of course he knew about the email hack. janet ricciardi told you hubby and russo were buds and used to meet up on the weekend. you think they were shooting hoops? but the feds already made a deal with the devil so instead of exposing him they punished him- closed down the russo civic association. gone. and they're not letting him reopen. when the big bust comes we'll see what they do with him.
Posted by SmartyJones at Tuesday, September 18, 2012
Is Michael Russo a FBI Snitch or just misunderstood?
2012-09-18T10:24:00-04:00
SmartyJones
Comments

Regardless of the rain threat this evening, our fundraiser for the Hoboken Charter School is going to happen.  Tonight from 6pm-10pm at both the Turtle Club and 10th and Willow.  Our motto is Rotary is "Service Above Self".  We're asking all of the Hoboken community and the surrounding communities to adopt our motto just for tonight and come out to support the kids, teachers and the school, even if mother nature has a few tricks up her sleeve.

The West Five Supper Club has donated their courtesy shuttle for use tonight from 6pm-10:30pm.  The public can call 201-665-9667 between the hours of 6pm and 10:30pm tonight and be picked up by the shuttle, the shuttle will operate in Hoboken only.  We are asking residents that live in large residential buildings to come together in the van, rather than call on an as needed basis to help alleviate  the demand for the courtesy shuttle.

We have over 70 items for our silent auction / raffle and complimentary food has been donated for the night by Hoboken eateries Anthony David's, East LA, The Madison, Liberty Bar, The Tilted Kilt, Trinity, The Village Pourhouse, Ben and Jerry's, Carlo's Bakery, The Little Grocer and Biggie's Clam Bar.

Any donation at the door for entry at either venue and each person that donates $10 or more will receive a free drink ticket.  Cash, checks and credit cards accepted throughout the night.
Posted by SmartyJones at Tuesday, September 18, 2012
Hoboken Charter fundraiser tonight - rain or shine
2012-09-18T09:05:00-04:00
SmartyJones
Comments