Fire Chief Richard Blohm spoke Wednesday night before the City Council on a grant opportunity to hire more firefighters. He noted the Table of Organization is short one firefighter and he believes two fire captain and five firefighters have submitted paperwork for retirement and that there could be others eligible who may do so in short order in 2013.

The vote to approve the grant to hire more firefighters passed unanimously 8-0. In the video, MSV highlights the empty chair several times where the absent Councilman Michael Russo would typically be sitting.

Talking Ed Note: Grafix Avenger has a story the Mason Gallery 1200 is going away.  MSV has heard this rumor but has not confirmed it.  The location of 12th and Washington has been split between a mostly closed public space of rarely shown art exhibits and a political office on the northern side going back to the 2011 Mason council campaign.

MSV has covered the Mason Civic League extensively noting the odd circumstance of numerous political operatives being on the payroll of the "charity," and asked in a July City Council meeting about that oddity and "Where is the charity?"

In June MSV extended a public invitation to Beth Mason to answer questions on the matter.  In July, the issue questioned at its City Council meeting led to Mason's reply MSV was on the verge of legal action.  Two weeks to the day, a million dollar civil suit hit MSV, Grafix Avenger and double digits of local anonymous commenters in the Hoboken blogosphere.

If true the Washington St. location is about to be shuttered, what of the no show jobs for the political operatives who "work" there?  Do they now punch a timecard at City Council and BoE meetings?

Da Horsey has been dueling with Grafix Avenger and her super sleuth One-Eye over months but it was Hoboken's best political satirist who got the ball rolling and extensively showed the problematic duality of the odd interchanging of the unregistered Mason Civic League in NJ and the non-existent Mason Family Civic League appearing in print.  For most of 2012, weekly page three advertisements showed up in the Hudson Reporter and also the website of Ricky Mason at Wachtell Lipton.

There is no registered 501(c) charity called the Mason Family Civic League from what MSV has seen in earlier research but it continues to appear on the bio of Ricky Mason: http://www.wlrk.com/rgmason/ 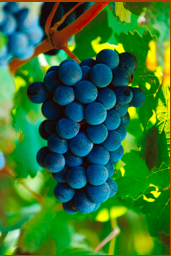 We will visit three of the best vineyards on Long Island’s north fork. Aboard our luxury coaches, you will learn about the wines we will be sampling from sommelier GIANINA ARTURO of New York Vintners