Solomon Dwek, the FBI informant who became the linchpin in the government's biggest corruption sting in New Jersey history will be facing the music for his own misdeeds next month when he is sentenced at US District Court in Newark.

Back in 2006, Dwek ran a real estate ponzi scheme and was caught depositing a fraudulent $25 million check at a drive by bank window.  The next day he returned depositing another fraudulent check for the same amount as he was wiring money out.

An excerpt from from the Star Ledger story:


After his arrest, Dwek secretly entered into a cooperation deal with the U.S. Attorney and became an undercover informant. He spent three years wearing a wire for the FBI as part of a sweeping corruption and money-laundering sting that targeted politicians, candidates for office, religious figures in his Orthodox community, and ultimately a man who arranged black market kidney transplants.
Posing as a corrupt developer, he offered cash bribes to dozens of elected officials and candidates for office to expedite phony real estate projects. At the same time, he set up former business partners, rabbis and others who helped him launder millions more through religious charities and organizations.
The sting became public in July 2009, when three mayors, two legislators, five Orthodox rabbis and dozens of others were arrested in a case that made national headlines.

Dwek hopes his three year efforts on behalf of the government will see a reduced sentence from his plea deal of nine to eleven years.

It's also been three years since Dwek made his rounds in Hoboken and Hudson County.
Ted Sherman's, a co-author of "The Jersey Sting" has filed the full story for the Star Ledger:

Talking Ed Note: Horse Sense gets the feeling that as one door closes, another opens.

Guest of the Stable: Scott Siegel redux on Michael Russo: Did he or didn't he? 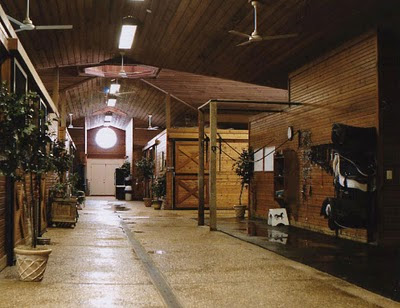 Michael Russo, Did He Or Didn't He?

At the recent council meeting there was one councilperson absent- Michael Russo. Perhaps it is a coincidence, perhaps not. Time will tell. The minority in a recent Hoboken Reporter oped accused Councilman Ravi Bhalla of committing an ethics violation by representing Mayor Zimmer on a personal matter, the leaky roof in her home. Elected officials are forbidden from enriching themselves via public contracts. However, what happens in someone's home is a private matter not a public one. Once again they have shown themselves to be legally incompetent.

This is not an isolated incident. The minority attempted to illegally and unilaterally break the contracts of our city's Directors. They did illegally breach the contract of our Corporate Counsel. They enforced parking (Corner Cars) by resolution, rather than by ordinance, which is required by state law.  Now the incompetent officials can't understand the difference between someone's public and private life.

This is known as “deflection”. Deflection from their own sordid side on legal matters. Michael Russo's father was convicted of bribery and went to jail. His mother was named by US Attorney Ricardo Soloano of receiving a $5 kickback on towed cars. Note: I originally said she admitted the charges. She was named, but denied them. I apologize for the error.

They both illegally and improperly received health benefits from Hoboken taxpayers for several years before finally getting caught. There was one councilman who had the courage to look into the matter: Michael Russo. Somehow he didn't recognize his own parent's names? Where is Michelle Russo now? Amazingly, she snared a patronage job from our State Senator Brian Stack of Union City.

Parking Director John Corea and his mob partner have gone to prison for stealing $1 million plus in parking meter quarters.  Former Councilman and Sewage Authority board member, Michael Schaeffer went away for acting as the bagman for Peter Camaranno who also served time for bribery. We have Michael Russo and Councilwoman Beth Mason demanding to see emails from the administration while at the same time their ally Patrick Riccardi was indicted for hacking City Hall emails (3 others were also indicted).

There are also unresolved concerns such as former Mayoral Candidate and BOE President Frank Raia and a political operative employed by Beth Mason over 5 criminal affidavits regarding VBM ballots in Tim Occhipinti's run for the 4th Ward seat. Oh, what a tangled web we weave.

In the book “The Jersey Sting” the authors describe how Michael Russo agreed to receive an initial $5,000 bribe from “developer” Solomon Dwek. Russo denied that the incident ever took place. That was a big mistake. The authors subsequently released the video confirming that it was in fact true. Upon seeing egg on his face, Russo then did his best mea culpa, admitting it was true. At that time, the matter seemed to be resolved and he easily won reelection in the 3rd Ward.
Then he came out with the above false accusation over Mayor Zimmer and her leaky roof. Mayor Zimmer shot back over Russo's shaky ELEC campaign reports.

On the Reform side, we obsess with handing in ELEC reports on time to Hoboken's new Pay to Play officer. Our side has a 100% compliance with this rule. Yet, Beth Mason is habitually late and Michael Russo's effort is even worse.

As I stated earlier it appeared that Michael Russo did not consummate the bribe. However, his failure to file and his recent absence at the council meeting are raising new questions. I call on Michael or his treasurer John Castellano (son of 1st Ward Councilwoman Theresa Castellano and the current treasurer for the above mentioned Frank Raia new BOE slate) to release updated ELEC reports and accompany those with bank statements so that we can finally learn whether or not Michael Russo ever cashed checks from Dwek.

Michael Russo was accompanied by former Jersey City Zoning Board member Maher Khalil, who pled guilty in Operation Big Rig III. Khalil used “straw” donors to mask the true nature of the bribe. Maybe the reason Michael Russo has not updated his reports are because the same names would appear. This is why the reports and bank statements must be released. If the bribe was consummated then what deal did Michael Russo make with the feds to avoid prison? His constituents deserve to know the truth.

Talking Ed Note: The above guest piece appeared originally on Hoboken Patch last Monday before being removed Wednesday with one significant change as noted above.