On this Columbus Day...


As proud Italian-Americans on this day, let us:

Let's love and honor the contributions of all Americans of Italian descent who have helped build America into a great, God-fearing nation.
Posted by SmartyJones at Monday, October 08, 2012
On this Columbus Day...
2012-10-08T10:34:00-04:00
SmartyJones
Comments

Late Friday Hoboken residents were returning from work and beginning plans for the weekend but one or more political operatives had other ideas.  On who's behalf they were working, they didn't say but they would make clear their single-minded purpose.

MSV received a series of phones call from someone identifying themselves as a Verizon News TV reporter.  The calls all came from a 201 number and the caller was asked to try again on a better connection which he said he would do in a few minutes.

The caller(s) as it turned out were solely seeking answers to limited questions, especially who is contributing to the Hoboken Free Speech Legal Defense Fund.

They didn't get anything for their harassing efforts. 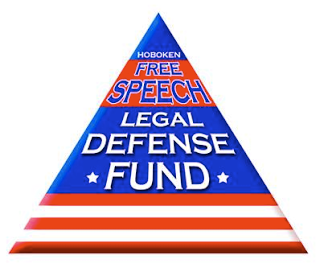 This story is MSV Premium.  It's available to non-members with a $50 donation to the Hoboken Free Speech Legal Defense Fund.