As you all know, I am running for re-election to the Hoboken Board of Education on the Kids First Ticket with Tom Kluepfel, and Jean Marie Mitchell.  Kids First is a grassroots organization that runs its campaigns through Hoboken residents donating their time and money.  Our friends have been great this year, and we are almost at our goal.  We are in the home stretch but still need to raise money.  Below is the link to the donation web page.  No amount is too little to help us get the word out.  We have made a lot of progress in the last three years, please help us keep moving forward! 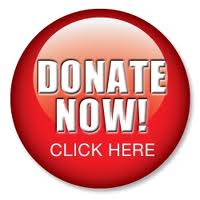 Outrage on Hoboken Swastika Truck continues with no apology in sight

Hoboken's rabbis have issued strong statements Friday highlighting their condemnation of a Nazi swastika being used for political purposes in the November 6th BoE election.  Video broadcasting from the truck blared out on Hoboken streets flashing the Nazi swastika outside the BoE and City Council meeting in a political propaganda attack against Kids First BoE trustees and other elected officials including Mayor Dawn Zimmer last week.

On Friday, the Hudson Reporter story detailed the rabbi's remarks:

Rabbi Moshe Schapiro of Chabad in Hoboken said he hadn’t seen the truck himself, but “I’ve seen pictures and I think it’s despicable. I’m appalled and shocked that anyone can use an image of such hatred and bigotry. I don’t know whose side, what side, if they’re repeating something, but how can one be so insensitive to Holocaust survivors who will walk by, or people who had grandparents who survived the camps, and have to witness such an image driving around the city?”He added, “Whoever is responsible should immediately remove it and apologize. I am shocked this could happen in this day and age. In other countries it’s a crime to use that image. We have freedom of speech, but a million and a half Jewish babies were killed…this is not something that should be used for some political gain.”Rabbi Robert Scheinberg of the United Synagogue of Hoboken issued a statement... “Using Nazi imagery in a local Hoboken election, trivializing the cataclysmic events of World War II, is completely inexcusable. I would urge whoever is responsible for these projected images to follow the example of the local blogger who, two years ago, publicly apologized for her use of such images on her blog and immediately removed them.”


At last Wednesday night's City Council meeting, Councilman Dave Mello spoke out on the Nazi swastika truck blaring out its message onto Hoboken streets from speakers leading in and during the meeting itself.  He requested an apology be issued for the incidents.

As reported on MSV last week, footage shown on the Nazi swastika truck sidetrack came from a  Hoboken government regular, videographer Tim who has filmed at council meetings most of 2012.  The same videographer has appeared at other government related meetings including the Hoboken BoE, the Hoboken Zoning Board, and state hearings related to Hoboken.

On several occasions videographer Tim's footage has found its way to Hoboken411 where Beth Mason runs her political operations. Last November when MSV spoke before the City Council saying "Beth Mason's cameraman was shooting for Hoboken411" Mason became indignant interjecting repeatedly saying he wasn't shooting for Hoboken411 and claimed she was justified doing so because the public can't make false statements at a City Council meeting.

Mason has never said the videographer Tim was not shooting for her and at a March City Council budget hearing defended him when councilman Dave Mello inquired on his regular filming of council meetings asking him to come forward.  Beth Mason interjected on the inquiry coming to videographer Tim's defense, saying that MSV also should be subjected to the same rules notifying the City Clerk.

In neither instance did Mason ever suggest videographer Tim was not working on her behalf.  Previously, Mason has filmed numerous City Council and other local meetings using other paid videographers where the footage would be posted on her website wethepeoplereports.com.  The website no longer appears available but MSV did a story on the controversial disappearance of missing and reappearing videos on the BoE in March 2010.

It's unclear what the video footage is being used for other than political purposes. Multiple segments have been showing up on Hoboken411 including a four hour video with the mayor testifying in a administrative hearing in the Bill Campbell case.

Last weekend, Grafix Avenger confirmed there has been no other person filming video at meetings for the years she's attended as a Hoboken Zoning Board member and notes as MSV, the videographer's footage is apparently used in the video on the Nazi swastika truck.

Hoboken resident Franz Paetzold witnessed the video before the council meeting and was sufficiently disturbed to take time in public portion to say of the Nazi truck video, "it's too much," and could anyone behind it make it "go away."  Beth Mason remained silent to his remarks.

Large illegal amounts of money backing the BoE slate Move Forward are believed being laundered by Beth Mason in addition to possible page three ads in the Hudson Reporter, at least half if not more of her "Art Gallery" on 12th and Washington Street is supporting the campaign.

The Move Forward campaign has not commented on what appears to be massive illegal campaign contributions from the councilwoman.  Several Beth Mason political operatives were seen working uptown on behalf of the BoE campaign last weekend.

Beth Mason has not issued comment or any statement surrounding questions on her possible role in the midnight flyers, Hoboken swastika Nazi truck and the massive laundering of illegal monies on behalf of the Move Forward campaign.

In previous years Mason's stated council members should stay out of BoE elections.  Mason notably said said this to MSV after a 2010 council meeting but later ELEC reports showed her family made a maximum $5,700 donation to Real Results, a Republican oriented ticket backed by BoE trustee Maureen Sullivan.

Last Wednesday MSV asked for comment via Beth Mason email accounts but received no reply or in the City Council later that evening.  Mason departed the meeting early before the issue was raised in New Business by Councilman Dave Mello claiming illness as the reason for her early departure.

The 2011 election of Cunningham and Giattino directly led to Beth Mason's ouster as City Council President, the shortest stint in living memory.  Some observers question why only those two reform oriented council members were targeted in the Nazi swastika truck asking who had the means and motivation to do so.

Talking Ed Note: The Hudson Reporter continues to talk about Nazi imagery but has failed to mention the use of the Nazi swastika in the attack video appearing at two government meetings last week or the attacks on other elected members of Hoboken.  The paper is known for its backing for the Old Guard and concealed the facts in the full wide scale attack on elected officials connected to reform.

What is surprising is the Hudson Reporter didn't even mention a "one and done" attempt to reach Beth Mason for comment in the weekend paper.  Typically Beth Mason will avoid uncomfortable questions and then local media allows her to skate never raising the unanswered question again.

MSV rejects the weak moral equivalence made by the Hudson Reporter of a graphic using Germanic and runic lettering in a parody of a Nazi movie poster and the usage of a Nazi swastika being flashed all over the streets of Hoboken.
Posted by SmartyJones at Monday, October 22, 2012
Outrage on Hoboken Swastika Truck continues with no apology in sight
2012-10-22T08:53:00-04:00
SmartyJones
Comments