The lawsuit happy road to success continues with another Mason family underwritten effort.  This time it's the Hoboken City Council majority with the bullseye on its back.

Attached below for your reading pleasure is the lawsuit presented by the Old Guard council taking on the mayor, City Clerk and the majority council.

Notice there's no mention of the City of Hoboken.  That's correct.  The lawsuit is written with the intent of undermining the City of Hoboken's current council majority but it's designed to make the lawsuit personal and attempt to strip away City legal resources from responding.

Although that's not going to happen you can be sure it's a Russo clan talking point that will be bellowed and bullied over and over again and again at council meetings ad nauseum.

The lawsuit is a serious legal effort with expensive and competent top flight legal support being introduced into the matter.  The effort presented is real although the underpinnings may be problematic in areas we'll allow the legal beagles here to identify.  Nevertheless, it's a serious effort and makes a case a Hudson County Superior Court judge will need to carefully weigh against considerable NJ election law.

Of note, it also appears the Old Guard council are looking to sue Jim Doyle in an individual capacity.  The message here is you better not volunteer and become part of the reform majority otherwise we're going to find a way to tear you apart.

On background, one well respected legal beagle estimates the Old Guard legal effort will cost 25K to start and quickly find its way to 50K regardless of outcome.


Talking Ed Note: If this attempt to wrest power from the council majority is successful, can an emergency resolution or two to install Beth Mason back into Council President's chair be far off?  All it would take is a single absence among the current majority and the power grab will be sprung.

The Old Guard council members did it before in a midnight power grab reported here.
http://www.hobokenhorse.com/2010/12/emergency-power-grab-by-mason-russo.html

Updated council rules don't permit a vote of "no confidence" to overthrow the existing chair.  But if you think that would stop the Old Guard...

Hey, if you can't buy it due to the resistance of the people of Hoboken, just sue everyone.

For those who respect Jim Doyle and his family's efforts on behalf of Hoboken over many years, that concern can be shared with the Mason family too.

These are vile pariahs in our community.  Treat them accordingly, under the law of course.
Posted by SmartyJones at Thursday, October 25, 2012
Old Guard council sues in power grab to overthrow council majority
2012-10-25T08:30:00-04:00
SmartyJones
Comments

Dear friends, family and neighbors,I had planned to send the below BOE bulletin (link) out this weekend (you should already get these releases if you have a student in the district, and/or are a tax payer in Hoboken), but when I learned of the recent release of misleading information from another council person, I felt the need to expedite this newsletter on our BOE of achievements now.  We should be proud of our District's accomplishments, particularly in the face of constant unnecessary political interference.  http://hoboken.k12.nj.us/hoboken/Recent%20News/Summer%202012%20Newsletter.pdfStay tuned, as more information is to follow.
Thanks, and please let me know if you have any questions.  -- Peter Cunningham
Posted by SmartyJones at Thursday, October 25, 2012
Peter Cunningham: 'Take pride in our School District's accomplishments'
2012-10-25T07:57:00-04:00
SmartyJones
Comments

Tonight: the Showdown where the rubber meets the road 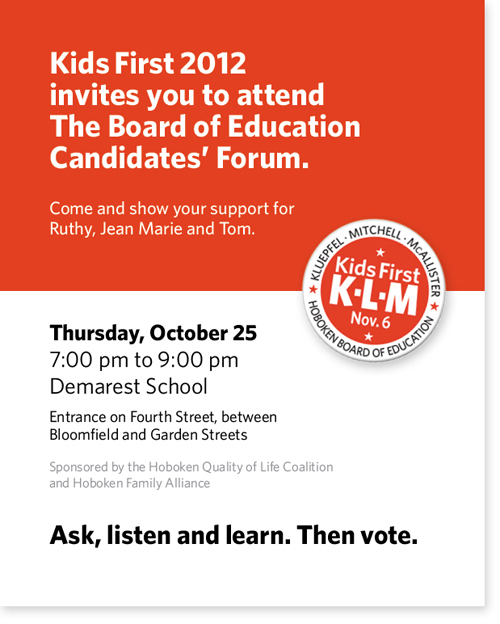 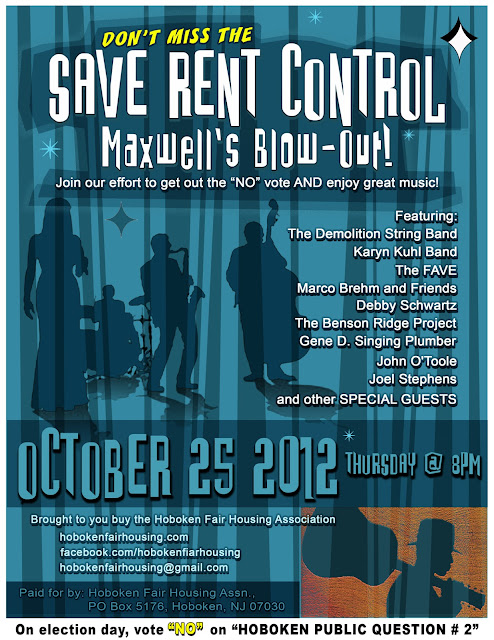 Talking Ed Note: MSV announces this event as a public service and looks forward to seeing guest pieces on both sides of the issue for Referendum #2 on the ballot next month on Election Day.  Submittals should be made of 1500 words or less to smartyjones@me.com.  Please include contact information for verification purposes.
Posted by SmartyJones at Thursday, October 25, 2012
2012-10-25T07:49:00-04:00
SmartyJones
Comments