Seems like old times when Hoboken residents voted half a dozen times a year.  With November off in the distance the rare off cycle election presents itself in the special Senate primary to complete the term of the late Senator Frank Lautenberg.

Polls will be open until 8:00 tonight for this special Senate primary.

Republicans running are former Bogota Mayor Steve Lonegan, and Alieta Eck, a doctor from Somerset County. Winners of the Democratic and Republican primaries will face off in a general election Oct. 16.

The special Senate election will be held October 16th. 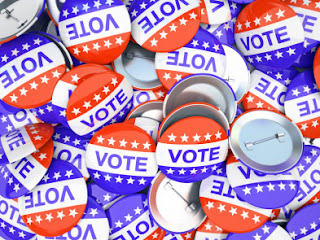 Registered independents may vote in the primary and will be registered in the party of their choice when doing so.
Posted by SmartyJones at Tuesday, August 13, 2013