Final numbers on Timmy Occhipinti out of a job poll

The poll is now closed and the scientific conclusion can be drawn, even if it's not scientific. That's just Hoboken speak for blowing hot air which you get lots of especially during campaign season.

Did you hear that one from the Ramos campaign operative in City Council last night the hospital could have been sold for millions more if there was a bidding process?

What about the successful bidding process that actually happened?  Naughty, naughty campaign lie David.
Expect that one to be making its way around the streets with plenty more to come.

Okay, back to our poll.  Based on the respondents who elected to do so, most do not believe Occhipinti quit his job to run full time for mayor with just over a month before the November 5th election.

Here's the breakdown to the question: why do you think Timmy Occhipinti "resigned" his job? 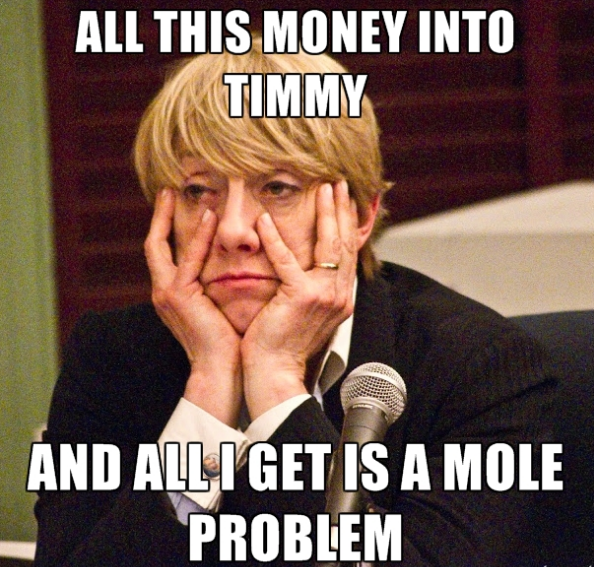 Talking Ed Note: Timmy Occhipinti is seeing lots of changes while he aspires to "trade up" from being the occupant of the fourth ward City Council seat.  Grafix Avenger offers some speculative insight into the "chaos" within the Raia-Mason slate which one Hudson County political observer already concludes is party to "the dirtiest election I've ever seen."

* While only 2% of respondents felt Timmy "resigned" his job to hang out and talk to girls at the ferry, his Facebook page we're told now says he's single although there's mole to that story.
Posted by SmartyJones at Thursday, October 03, 2013