A reliable source says Councilwoman Beth Mason who has dropped tens of thousands of dollars on Timmy Occhipinti to advance her political ambitions has arrived at the Raia-Mason HQ on lower Washington Street.

The $20,000 from the Mason family is at this point probably more than double if not triple.  Mason has been running a scorched earth campaign with Councilman Ravi Bhalla her target.

Also arriving the architect of the doomed Occhipinti campaign (and some say Mole #1 of the Ramos campaign), FinBoy aka the Weehawken fishy, Dara Gluck, Ravi Ravioli, et. al. is on the scene.


Can the executioner's song be far off now? 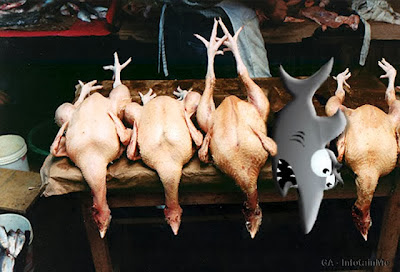 Talking Ed Note: One commenter notes a $100 bet between a local businessman for Ramos and the communications manager for the Raia-Mason slate backing Timmy Occhipinti is agreed minus those problematic Vote by Mail ballots.

Another Ramos campaigner told MSV they have put $500 on Ruben Ramos beating Timmy Occhipinti against FinBoy.

Here's to hoping the Ramos backers collect on the winnings.
Posted by SmartyJones at Tuesday, November 05, 2013