Grist for the Mill: Raia-Mason "workers" for Timmy Occhipinti - "We're not getting paid yo!" 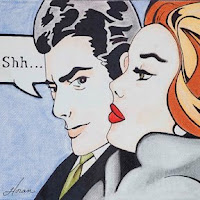 First there's a gristy chewable already out on the streets.  Department of Justice will be hitting Hoboken tomorrow and they are going right to the heart of the vote farming itself.

Brace yourselves, the public embarrassment is about to explode on the vote farmers and the utterers of the words "voter suppression."

Earlier MSV exclusively reported from multiple sources the Department of Justice opened an investigation into the Hoboken election.

Turnout is reportedly solid and in some areas of the City very strong.  The Jersey Journal has its take on the turnout.  MSV saw a solid turnout at the Firehouse at 13th and Washington.

The report came in saying:

"Workers lined up around corner at 1st and park, I think Occhipinti. I asked if so and some girl said yes. Looks like trying to keep off Washington because looks back to have them all lined up at HQ for checks. Overhead them say "yo, we're not getting paid today, yo!"
Posted by SmartyJones at Tuesday, November 05, 2013