Should he "stay" or should he go? Councilman-in-waiting on the bubble

By the time the City Council meets, a decision on the Mason-Russo hydra's emergency appeal yesterday to stay the appointment of Councilman-in-waiting Jim Doyle may be in the offing.

Will the all but reappointed councilman "stay" or not?

MSV will keep you tuned with the best ongoing coverage on the issue!

A single member of the NJ Appellate Court has agreed to stay (hold) the legal decision by Assignment Judge Peter Bariso to allow the appointment of Jim Doyle.

The "hold" on the appointment puts Hoboken and Jim Doyle in limbo status.

One local lawyer not on the case believes the one judge placing a "hold" for the moment means that the full panel of three member NJ Appellate Court could hear the appeal on the stay in an expedited hearing before the next City Council meeting.  That judge may have decided to side with caution and allow the majority (two additional) appellate panel of judges hear the arguments on the stay.

Jim Doyle is away on vacation this week and wouldn't have been sworn in tonight even if the emergency appeal had not been granted.

Update: It's unclear if the stay was given by one or two members of the panel. If it was two members of the appellate court, the results could be disastrous for Hoboken as a deadlocked 4-4 City Council would put the City budget among any other matters requiring five votes in a dire situation.

As close observers well know, MORTe loves to sabotage Hoboken and is unlikely to avoid causing maximum harm if the council appointment is tied up in appeals for months.

An appeal is understood for the moment headed to an expedited hearing of the full three member NJ Appellate Court.  MSV will clarify.

Update: An emergency appeal filed yesterday to stay the confirmation of Jim Doyle to the City Council at-large seat is pending with the NJ Appellate Court. There should be an answer to MORTe's chuck into the end zone by the time of the meeting tonight.

Update 2: This afternoon MSV has learned the City on behalf of its taxpayers and 50,000 residents will respond to the Mason family and MORTe allies opposing their emergency appeal.  A decision will likely come just before the City Council meeting tonight at 7:00. 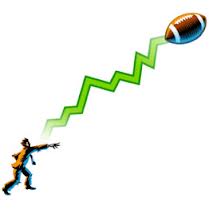 One way or another, there'll be clarity as tonight's City Council meeting will see which of the legal prevailing winds succeeds in the matter of Jim Doyle councilman-in-waiting.  The decades long Hoboken activist is at the end of a several month saga that saw the Mason family underwrite a staged political operation using the the courts to undo and delay his appointment.

You never know.  MORTe really hates Hoboken taxpayers.  They don't support MORTe and take $40 in exchange for their vote.
How unreliable.

The City Council meeting is set to begin at 7:00 and it'll be clear at that time if MORTe sues Hoboken people again to keep the swing seat on the council empty.