Put it in the, "It seemed like a good idea at the time" category:

It could be worse but the Lerpercon hours are winding down.  Crossing fingers no one gets hurt tonight.  Patch says arrests now at seven.  Last year's total came in at 18 and the previous year with the parade saw almost three dozen.

Patch also writes ambulance calls are down this year too.  25 calls as of early evening in comparison to the far higher 64 last year with most involving intoxication.

Today's bar crawl deemed Leprecon is going off smoothly with a sizable reduction in crowds and resulting crowd control from two years ago.  Hoboken Public Safety was in scramble mode then with both police and fire flying around from one incident after another in a whack-a-mole attempt to keep a semblance of order.

The naysayers already in denial with the improvement last year are going to be apoplectic if another year of improvement in town continues at this rate.

One family closely associated with the parade committee after seeing the controlled situation downtown was heard saying maybe it's time to negotiate to bring the parade back.  That would be a new take but Hobokenites won't be begging for more Saturday mayhem.

Service calls at this time are down substantially from last year, where an improvement from the prior year was significant.

One commenter noted the smaller numbers didn't mean bad behavior was eliminated saying people were urinating out windows and destroying landscape among other well known problems from past years.

Numbers are growing and downtown is seeing longer lines and heavy activity on First Street similar to last year. 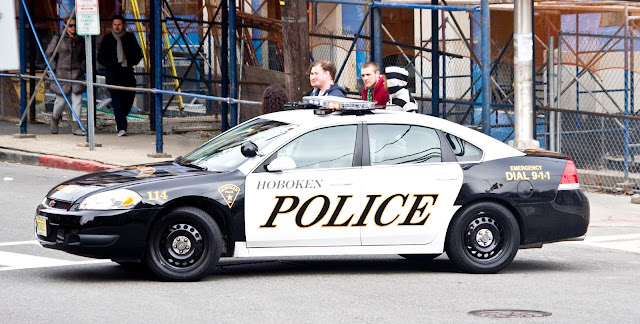 Prayers up for our fine Public Safety for a smooth day and evening and no injuries.

Thank you for your steadfast service to our community. 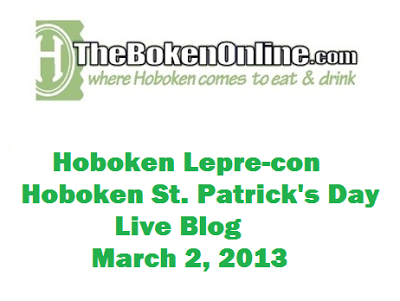 The Live Blog on Hoboken's Leprecon will start tomorrow March 2, 2013 at 8:00am. If you want to have your comment immediately approved use Twitter with the hash tag #HobokenLeprecon.

There will be a delay if you comment directly as the editor will be out and about gathering photos and info. If you would like to share photos with TheBoken please email theboken@gmail.com and let us know your preference on  attribution (your name or nickname) as well as the location any other details you might want to share.