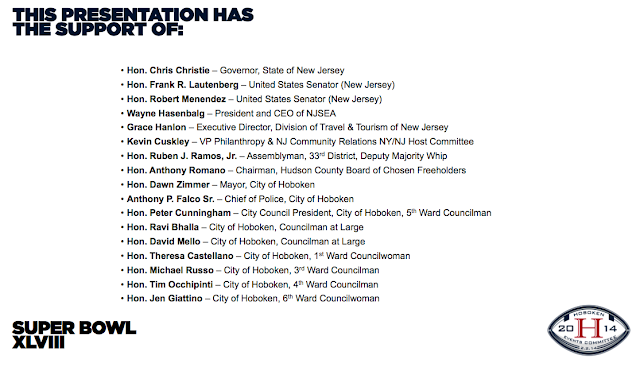 Tim Occhipinti thrown out of HHA meeting by police

Tim Occhipinti thrown out by police after yelling "Quiet!" at the HHA Chair as he goes out of order

Tim Occhipinti, the occupant of the fourth ward council seat in Hoboken wanted to put on a show at the Hoboken Housing Authority last Thursday night.  The resolution topic for the public to speak on here in this video was the release of a memo by Corporation Counsel Melissa Longo.

Tim Occhipinti poses rhetorical questions and vehemently argues AGAINST the public document's release which outlined a legal conflict by HHA counsel Charles Daglian who participated extensively at the HHA meeting on a contract for himself as the sole agenda item of a special meeting.  He incorrectly alleges Longo needs the City Council's approval to render a requested legal opinion to the HHA.  The legal approval came in the request by Chairman Stuiver.

Asked to speak to the resolution during his remarks, Occhipinti rambles with empty platitudes for a bit before launching into a personal attack on Chairman Stuiver.  After a fusillade of false allegations and conclusions on the legal opinion by Longo, Occhipinti strays off topic and rabble rouses, repeatedly turning to the audience and violating the rules, not dissimilar to the City Council's for public comment on a resolution.

When politely asked to stay on topic and address questions and comment to the HHA Board, Timmy Occhipinti instead goes off topic ranting in favor of the 20/20 plan preceded by a personal attack of the HHA Chairman Jake Stuiver alleging, "You're in enough hot water my friend."

It's unclear what may have been lost in the chair's instructions but Tim Occhipinti was thrown out of the meeting like his pal seen earlier, Beth Mason political operative Matthew Calicchio.  Both however land up staying at the meeting anyway, with Calicchio sneaking back in during the recess.

Breaking rules/laws is of no concern to the Old Guard.  Questions have been raised if Matt Calicchio is in fact living out of the seniors building on Willow St. where his grandmother resides and not his listed address on Marshall Drive.  Seniors have been reportedly complaining about both his behavior and presence in their building.  (Perhaps someone will question ED Carmelo Garcia on the matter.  Then again Matt Calicchio reportedly worked for Garcia in his last BoE campaign according to one source MSV is seeking go on the record.)

As for Timmy Occhipinti, watch his immature and delinquent behavior in the video.  Perhaps Beth Mason will need to find another puppet mayoral candidate to serve her ends.  This performance can't be useful outside of the HHA voter farming stomping grounds.

Talking Ed Note: Occhipinti in his short time on the City Council has developed a consistent reputation.  But it's not exactly a model one as he possesses an almost perfect record of voting against Hoboken taxpayers, supporting developers (NJ Transit, the Rockefeller Group, contributors) and those breaking the law (Beth Mason, developer theft of City land for his contributor) etc.
Posted by SmartyJones at Sunday, March 17, 2013
Tim Occhipinti thrown out of HHA meeting by police
2013-03-17T20:54:00-04:00
SmartyJones
Comments

Connecting the dots then and now: Tim Occhipinti and his HHA army of $40 paid 'campaign workers'

At the HHA meeting, Da Horsey had the surprising pleasure to chat with Timothy Carroll in attendance. A former reporter at the local paper, PolitikerNJ and communications maven for NJ State Senators, Carroll's currently working for Assemblyman Ruben Ramos so Hoboken may see him back in these parts leading into the mayoral election.

Carroll wrote a PolitickerNJ story back in late 2010 on the astronomical "coincidence" of paper ballots for the army of 'campaign workers' in the Tim Occhipinti campaign referencing a MSV story.

Here's Sunday gift to today's readers of historical insight into the HHA battle Thursday night and why the Old Guard mobilized in force, revealing some of their motivation for the personal attacks on HHA Chairman Jake Stuiver.

From the October 2010 PolitickerNJ story:

One side is calling it coincidence. The other thinks it’s more than that.
Ninety-eight percent of 4th Ward Council Candidate Tim Occhipinti’s paid campaign workers have already submitted their absentee ballots, according to a breakdown published first by a local blog in Hoboken and confirmed by multiple sources.
The comparison of Occhipinti’s ELEC report and vote-by-mail records released from the county show 79 out of 80 campaign workers have votes that are locked in already.
“It’s an anomaly, maybe,” said Occhipinti campaign spokesman David Cruz.
Read the whole story: http://www.politickernj.com/42578/inside-hoboken-s-absentee-boom

Here's a graphic representation of what Timmy Occhipinti is all about.  It shows the absentee ballots (vote-by-mail) for all of Hudson County in the 2010 election.