In defense of his HHA contract Thursday night, Executive Director Carmelo Garcia began his "unlimited time" approved by the board discussing what he described as his victimization at the hands of the mayor for advocating Jake Stuiver move up from commissioner to chair.

Garcia had himself obtained the position of Director of Health and Human Services in 2001 according to one source by using the threat of Hispanic protests at City Hall to convince former Mayor Dave Roberts to back his appointment to the municipal position.  "He's not ashamed of how he played that card, he's proud of it," said the source.

Detailing what Garcia called "intimidation, retaliation, pressures" causing him ill health he referenced a series of discussions and emails exchanged on the mayor's interest in seeing Jake Stuiver move up from commissioner to HHA Chair.

Garcia pulled out a group of folders with communications with Stuiver and other HHA members
complaining about "online harassment" through "the proxy"  that MSV is "falsely distorting information and using personal attacks against me" back in the spring of 2012.

Garcia continued claiming "censoring" of maintenance and security officials naming Nick Calicchio as another person on his victim list.

More vague references to residents and gossip followed with Garica "playing ball or he would be gone."  It wasn't clear who the quote was being attributed to and Garcia who has acted domineering, insolent and insubordinate to the Stuiver led board majority on many occasions has not seen any disciplinary action taken against him since last June, the time of his complaints.

It's been common knowledge (and seen on MSV video) Carmelo Garcia hid his contract from the current board even with many requests.  The HHA board is currently unable to obtain even a list of employees on the HHA payroll.

Six and half minutes into Garcia's comments, Stuiver calls for a recess to which the contract employee theoretically answerable to the HHA board announces, "You can't do that."  Garcia then announces he will continue with his soliquoqy.

At this point, the front of the room where the heavy concentration of Garcia supporters with anti-Stuiver t-shirts start complaining against the recess as Lt. Campbell walks onto the scene.

Enter Englewood Cliffs resident Chris Campos, who hijacks the meeting from the audience making a speech charging the chair with improper behavior "usurping" power from the board.  A vote is held and the call for a recess is passed anyway.

Exactly who is the Hoboken Housing Authority and who is the contractor?  Watch the video for who's running the asylum.

Talking Ed Note: After the meeting Carmelo Garcia came over and had an extremely polite conversation with MSV.  He was challenged on his claim of false information or personal attacks by this website.  He pointed to the story about the $300,000 elevator floors as inaccurate but couldn't articulate anything else to his earlier public complaint.  Garcia was invited to provide any additional documentation on the elevator floor replacement story and told it derived from quoting the actual HHA document.  That story was not published in the timeframe of last spring with the attacks Garcia makes as seen in the video.

Our discussion concluded on the contacts made by MSV on stories last week and Garcia thought no effort had been made and claimed not to be aware of the MSV stories leading into the meeting.  He expressed a desire to do so and was told the opportunity is always available.  For an upcoming story, Garcia has been emailed opportunity to respond to three questions.

In another discussion after the meeting, an amiable Charles Daglian remarked if the surprise guest at the meeting, Alex Booth, was Da Horsey's attorney.  The well known Hudson County counselor appeared to correct a problem for MSV.  Daglian said he wished to share his response to the memo issued by Corporation Counsel Melissa Longo.  He's submitted the information which will be included in an upcoming story.

The Longo memo was the subject of much resistance at the meeting.  The Old Guard faction led by Carmelo Garcia, Chris Campos and Tim Occhipinti spoke against its release and in Occhipinti's case it's very creation and existence.

As for Carmelo Garcia, he's the most talented orator in these part competing with Michael Russo for local BNR honors.  Da Horsey views him as a creature of Hoboken, a political animal who will say and act as he sees fit to serve his objective(s).  For MSV to find itself thrown under the bus with the mayor, Jake Stuiver puts Da Horsey in fine company. 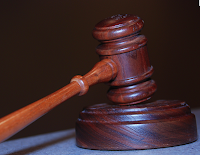