Former IT Manager Patrick Ricciardi pled guilty earlier this month to three counts for systematic, massive data theft of the electronic communications inside the mayor's office and faces up to five years when sentenced later this summer.

The FBI investigation in Hoboken shows no signs of ending there.

The former IT Manager's sudden dismissal back in May 2011 followed with a closed session of the City Council briefing on the matter and led to a sudden abrupt silence on local Hoboken websites by the Old Guard and its coterie of Beth Mason political operatives.

Based on a conversation with the US Attorney's Office, District of New Jersey in Newark, the investigation into Hoboken is not likely to end with the guilty plea entered by former IT Manager Patrick Ricciardi.

Rebekah Carmichael of the Public Affairs Office declined to provide additional insight into the ongoing FBI investigation in Hoboken in a recent phone interview.  Asked if there was anything to say in addition since last June when the office confirmed "we're still investigating," Hoboken last summer, Ms. Carmichael stated, "no."

In the November 2011 FBI criminal complaint, at least two Hoboken officials are mentioned, one current and one former who directly benefited from receiving electronic communications out of the mayor's office.  The complaint states the information was distributed directly to them at their request and did not state the data theft conspiracy ended there.

In testimony at a related Hoboken employment case last fall, former Business Administrator Arch Liston said the mayor's communications were leaked beyond what appeared in the FBI criminal complaint pointing to links within the Hoboken Police Department and Police Chief Anthony Falco.

In a phone interview last October, Chief Falco said he knew nothing about Liston's testimony and the HPD link to the FBI investigation but would "get to the bottom of it."  As reported first on MSV, the police chief filed a lawsuit against the City of Hoboken and Mayor Dawn Zimmer seeking $250,000 in damages for alleged interference and compensation issues including his desire to be paid for over 275 hours of overtime including work through Hurricane Sandy.

Liston testified at least one person in or closely connected to the Hoboken Police Department was involved in sharing information on a confidential Public Safety candidate under review, not available to the public as a background check was performed without knowledge or authorization.

In separate testimony, former Corporation Counsel Mark Tabakin spoke about Fire Chief Richard Blohm's possible involvement as the "current official" in the investigation.  As reported in the Jersey Journal, Tabakin said if Blohm wasn't being investigated by the FBI, "he probably should be."

In November 2011, the FBI criminal complaint pointed to a political schism between Reform led by Mayor Dawn Zimmer and the Old Guard telegraphing, "many of the elected and appointed officials in the City retain strong ties to the previous administration or are otherwise politically opposed to the Mayor and have sparred...  These officials include several members of the City Council..."

Over a series of months in 2011, MSV directed questions in live council meetings asking Council members Beth Mason and Michael Russo if they saw any of the emails under FBI investigation.  While Russo never answered, Beth Mason gave conflicting answers over months and directly after a July 1, 2011 meeting.

In April 2011, Beth Mason sponsored and Michael Russo co-sponsored a resolution seeking all the emails of the mayor's aides spanning the exact period of the FBI investigation.  After months of efforts to make the emails public and render them useless in the FBI investigation, their scaled back witch hunt was halted with the elevation and swearing-in of Councilwoman Jen Giattino.

Neither Beth Mason nor Michael Russo have commented on the uncanny coincidence of their seeking the same emails going back to early 2010 when Patrick Ricciardi collected and distributed information from his "archive file" out of the mayor's office.

With the recent announcement of Ricciardi's guilty plea, pressure is sure to build within Hoboken on the massive data theft and the involvement of others in the Data Theft Ring Conspiracy's looting of the mayor's office in April 2010 through May 2011.

A rumor recently surfaced saying a computer in the Beth Mason household contained illegal emails from the mayor's office.  Mason has not answered questions from this website since her threatened civil lawsuit comment in response to questions on political operatives on the payroll of the Mason Civic League during a July 2012 City Council meeting.


Talking Ed Note: On the reports HHA Executive Director Carmelo Garcia has scored another public gig replacing his friend Ruben Ramos for 33rd Assembly, word around town is there's one very unhappy Frank "Pupie" Raia.  He's being outbid in unhappiness by Beth Mason, who independent sources are saying is FUMING.

Mason had been trying for well over a year to buy her way into State Senator Brian Stack's good graces.  Mason political operatives depicted her as the choice for over a year to the Hudson Reporter which dutifully reported it on almost a weekly basis.  Most recently it was an Al Sullivan source assuring readers just two weeks ago, Beth Mason was the likely the pick for 33rd Assembly. 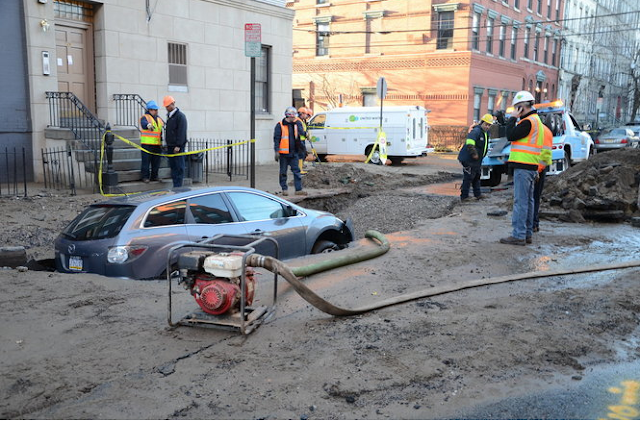